The fresh grenade explosions in Srinagar are a grim reminder of the first blasts in 1988.

The new-age militancy in Jammu and Kashmir seems to have reached exactly the spot – from where the armed-insurgency had started in 1988.

In summer of that year, two low-intensity blasts in Srinagar had marked the surprising start of militancy in the region. Three decades on, with a fresh series of explosions, the alarm bells are ringing again in the same summer capital.

What was largely seen as dormant in terms of the revival of the new-age militancy, Srinagar is erupting all of a sudden ahead of the 2019 Parliamentary elections in the country.

Despite high-alert in the run-up to the Republic Day celebrations, militants have managed to carry out three grenade attacks in the heart of the city, within eight days. 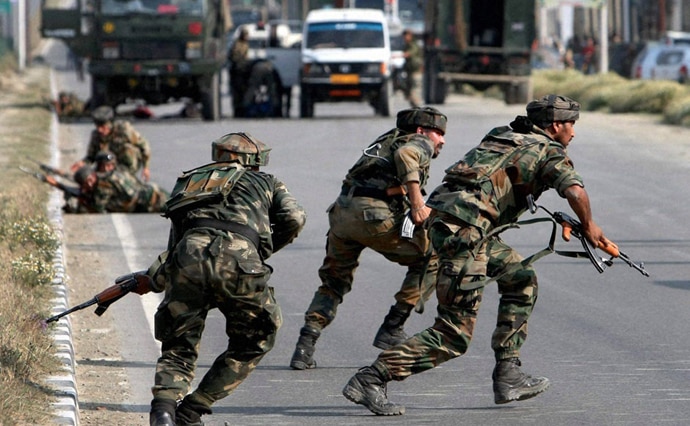 Srinagar is erupting all of a sudden ahead of the 2019 Parliamentary elections in the country. (Photo: PTI)

While the Army’s Northern Command chief Lt Gen Ranbir Singh very recently described 2018 as a “remarkable year" saying over 250 militants were killed while 54 others were arrested in the valley last year, the militancy looks far from over at the commencement of the new year.

In fact, the armed insurgency seems to have strategically-spilled over from rural areas, largely in the south of Kashmir, to the urban hub.

Within 24-hours of the GoC’s statement, at least four grenade explosions rocked the valley.

While the first two took place in Shopian and Pulwama districts of south Kashmir. The other two blasts rocked the central business district.

A total of at least three attacks in fortified Srinagar have taken place since January 11.

On January 18, militants lobbed a grenade at a CRPF party near Ghanta Ghar at historic Lal Chowk. This was the second such attack in Srinagar in two days. On the previous day, barely a mile away, an assistant sub-inspector of police and two traffic cops were injured in a grenade attack near Zero Bridge. Armed insurgency seems to have strategically-spilled over from rural areas, largely in the south of Kashmir, to the urban hub. (Photo: PTI)

Interestingly, the first attack of this series in Srinagar had also targeted a CRPF bunker at the same Lal Chowk. Though luckily no one was reportedly hurt in the first and the third attacks, the message behind the blasts looks bigger than casualty.

For a city where security was already heightened, militants managing to strike again and again in the civil lines makes it look like the militants are attacking at will. And these strikes seem to be a part of a larger-plan that was already visible.

In November, the Hizbul Mujahideen and their supporters had released photographs showing local militants posing for pictures at the Lal Chowk and also outside nearby Kothi Bagh Police Station in the commercial hub.

That time reports had surfaced that Hizb’s 'command council' had held a 'conclave' in Srinagar on November 21.  The police, however, had raised questions over the veracity of the claims as made by the ultras.

But then, from claiming to have posed for pictures in the commercial hub to claiming responsibility for the grenade attacks in the same area, the militants look unfazed. But then, unlike the rural areas, where militancy largely revolves around Hizbul alone, radicalisation in Srinagar looks a bit more complex.

Some elements in the summer capital have been showing unusual support towards the largely-hated international terror outfits particularly the Islamic State.

On December 30, 2018, a group of masked young men waving ISIS flags had stormed into the historical Jamia Masjid in Srinagar desecrating the pulpit from where Kashmir’s head priest and senior separatist leader Mirwaiz Umar Farooq delivers his Friday sermons.

In the past year, at least three militants from Srinagar, gunned down by security forces, were found to be affiliated with the Islamic State. 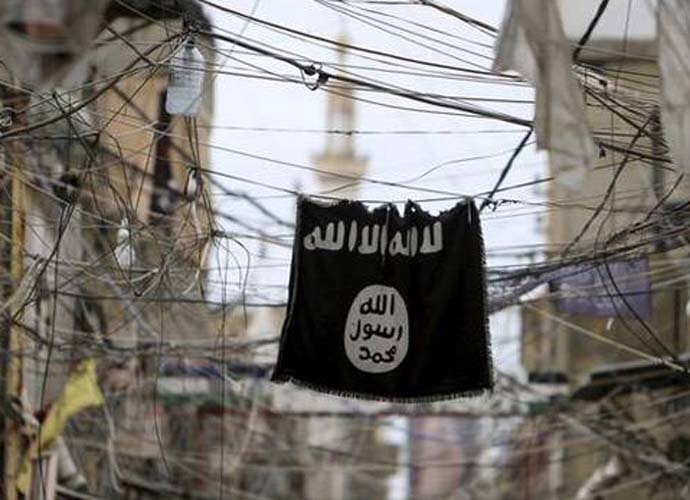 Radical elements in Srinagar have been showing unusual support for the ISIS. (Photo: PTI)

Even a cursory look at the sequence of these unusual events suggests that although Srinagar looked dormant on militancy, it was actually the breeding ground.

And the painful history seems to be repeating itself.

On July 31, 1988, a group of four militants from Jammu and Kashmir Liberation Front – better known as the ‘HAJY Group’ – had planted two bombs, one at Golf Course, and another at the Telegraph Office.

Interestingly both the spots were in Srinagar and all the members of the HAJY group also hailed from the same urban district. While Ishfaq Majeed Wani and Hameed Sheikh were subsequently killed in separate encounters, Javid Mir and Muhammad Yasin Malik ended up shunning the gun to join soft-separatism.

And, from Prime Minister Atal Bihari Vajpayee’s iconic slogan of “Kashmiriyat, Jamhuriyat Aur Insaniyat” to 'Operation All Out' a variety has been tried on Kashmir since.

But if the Union Home Ministry’s recent statement is to be believed, Kashmir continues to be a challenge. Well, the absence of comprehensive-policy on Kashmir may only have added to the challenge.

The new-age militancy that was being downplayed by some quarters as “armed trouble restricted to four districts in south Kashmir” has sneaked into the summer capital.

The fresh grenade explosions in Srinagar are a grim reminder of the HAJY group’s first blasts!

Also Read: The 'independence' debit card at the ‘Bank of Kashmir’

#Lok Sabha 2019, #Attack, #ISIS, #Militancy
The views and opinions expressed in this article are those of the authors and do not necessarily reflect the official policy or position of DailyO.in or the India Today Group. The writers are solely responsible for any claims arising out of the contents of this article.