Shame on our leaders for politicising ex-serviceman's suicide

Their sheer intention was to draw cheap political mileage from an emotive issue.

The opposition leaders always see an opportunity in "exploiting" any issue which has the slightest potential to try and put Prime Minister Narendra Modi or the BJP-led NDA government at the Centre in the dock. And, on this occasion, it is the ex-serviceman's suicide over the controversial issue. The Delhi Police rightly detained Sisodia and did not allow Rahul to visit RML Hospital where Grewal's body was kept.

Hospitals are no place for holding protests or politicising an issue. They could have gone to Jantar Mantar, the earmarked place for such activities, or any other place in the capital if at all they had to register their protest. 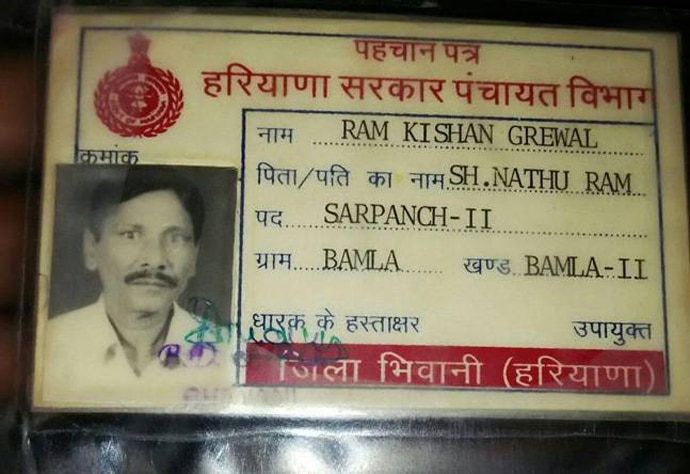 They do not have the time or the commitment to visit the real martyrs, but were quick to politicise Subedar Grewal's suicide. Credit: India Today Group

If these leaders really wanted to meet the bereaved members of Grewal's family, they could have visited their home. But their sheer intention was to draw cheap political mileage from an emotive issue.

The love of Rahul, Kejriwal or Sisodia for ex-servicemen is hollow. How many bereaved families of the soldiers martyred in Uri, Pathankot and elsewhere in the country have they visited? None.Seeing Modi's popularity ratings soar after the September 29 surgical strikes in Pakistan-occupied Kashmir and fearing defeat in Uttar Pradesh Assembly elections, Rahul stooped low enough to remark that the PM was indulging in "khoon ki dalali". He cast aspersions on soldiers by alleging that they were a part of the "profiteering for blood".

Today, Rahul called Grewal a "martyr". It is really a matter of debate whether an ex-serviceman who commits suicide can be called a martyr.

Similarly, Kejriwal was seen speaking in the same voice as Pakistan and doubted the surgical strikes. In his video message, he demanded proof of the Indian Army's unprecedented operations.

The Delhi Police stopped Rahul and Sisodia from visiting RML Hospital while the Samajwadi Party government did not allow several BJP leaders from riot-hit Muzaffarnagar in Uttar Pradesh. They were detained at the UP border over the excuse that it will disturb the law and order situation.

The same argument holds true over visits by Rahul or Sisodia to RML Hospital. They do not have the time or the commitment to visit the real martyrs, but were quick to politicise Grewal's suicide.

For several decades, successive Congress governments failed to implement OROP despite making tall promises. Now that the Modi government has implemented it, the Opposition is afraid of losing the votes of the serving soldiers and ex-servicemen. Hence, it is trying its best to find faults with the OROP and discredit the BJP. The latest drama is one more such example in the chain of such attacks on the ruling party.

Post your comment
#Manish Sisodia, #Rahul Gandhi, #Subedar Grewal suicide, #OROP
The views and opinions expressed in this article are those of the authors and do not necessarily reflect the official policy or position of DailyO.in or the India Today Group. The writers are solely responsible for any claims arising out of the contents of this article.