Why Sunny Deol is the perfect fit for the BJP

From hypermasculinity to nationalism, there is not one BJP theme that Sunny Paaji hasn’t already evoked through his films.

Sunny Deol has finally joined the ‘actor-turned-politician’ club and might have a chance at contesting the Lok Sabha Elections 2019 on a BJP ticket.

Famous for his hypermasculinity in movies, Sunny Paaji is now going to give his 2.5 kg ka hand to politics. That he might do so on a BJP ticket is not very surprising.

Considering the BJP’s ideology, motto and appearance, and comparing these with the kinds of movies Deol has mastered, it won’t be wrong to say that Sunny and BJP were made for each other.

By matching the BJP’s ideology with Sunny Deol’s appearances on screen, here are four reasons why Sunny Deol is a perfect fit for the BJP:

The BJP and right wing social media leave no stone unturned when it comes to criticising Pakistan. You say anything pro-Pakistani — you’re labelled an 'anti-national'. Even in the campaign speeches delivered by Prime Minister Narendra Modi, you can see that anti-Pakistan element riding strong. 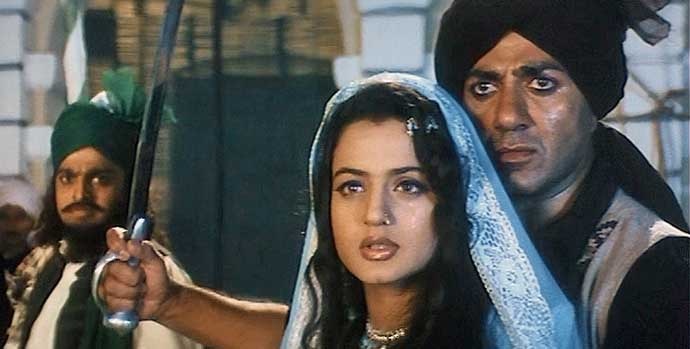 Sunny Deol has been critical of Pakistan (in his movies, of course). (Source: A still from Gadar: Ek Prem Katha)

Sunny's blockbuster movie Gadar: Ek Prem Katha was a love story set against the backdrop of Partition. In this movie, Sunny Deol falls in love with a Muslim woman, takes her to her family in Pakistan, abuses the country, then does a ‘ghar wapsi’ with the woman.

The uprooting of the famous hand pump and screaming ‘Pakistan murdabad’ is also what happened in that movie — something all pro-Modi supporters would warmly applaud.

For this, BJP fans definitely find Sunny more than relatable to them.

Apart from criticising Pakistan, the prowess of India is something both the BJP and Sunny Deol have been in sync with.

Of course, I'd like to point out the BJP is not the only party that professes nationalism. All political parties have their own definitions of the values of nationalism — however, the BJP asking for votes in the name of nationalism is something different. No other party endorses itself as the very messiah of nationalism the way the BJP does.

A large number of Sunny Deol’s superhit movies have shown him as a nationalist hero — the 2003 thriller Jaal: The Trap is one such example. One of the songs, ‘Sherdil Indian’ is always played on Independence and Republic Day events.

Though his movie Damini (1993) was not based on a nationalist theme per se, however, the famous dialogue ‘Tareekh Pe Tareekh’ speaks a lot about the delays in judiciary. There were many movies made on India’s slow judicial system — however, nobody has beaten Sunny in this particular case. ‘Sena’, ‘Fauj’, ‘Bharat Ke Veer’, etc., are something that the BJP is repeatedly saying in all their campaign speeches — interestingly, Sunny Deol has been performing these roles for a very long time.

Even in the press conference on April 23, Defence Minister Nirmala Sitharaman praised Deol’s role in the 1997 movie Border.

In his 2003 movie The Hero: Love Story of a Spy, Sunny performs the role of a RAW spy taking on cross-border terrorism penetrating into Kashmir from Pakistan.

Apart from these, there are other movies where he's acted as a policeman and performed the role of a true deshbhakt — making him absolutely fit for the BJP.

The BJP, like other political parties too, is filled with hypermasculinity — a quality bursting out of Sunny’s character in most of his movies.

The BJP takes hypermasculinity to every poll campaign though, where it boasts about the famous 56-inch chest. This solid ‘macho man’ quality has become an integral part of the party’s campaign, though, between us, I don’t really admire it. 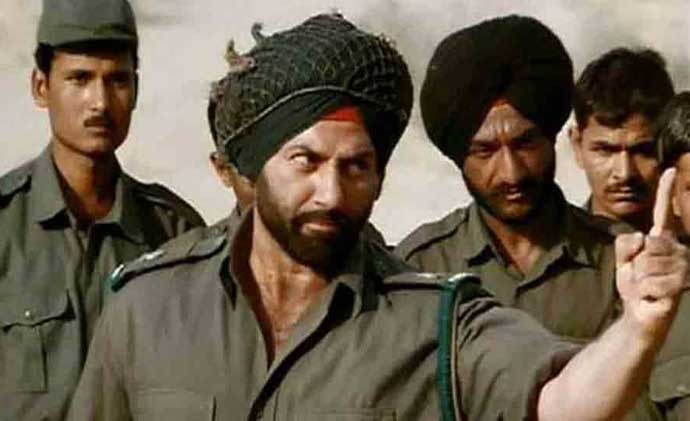 Sunny Deol in Border, a movie even Nirmala Sitharaman referred to in her press conference. (Photo: Still from Border)

Sunny Deol’s 2.5 kg hand has him ending up saving every woman in the world with his ‘macho man’ style. In its truest sense, therefore, he is the ideal hero for any BJP follower.

While the BJP’s characterisation in this piece is real though, Sunny’s nationalist appearance is something we observed so far in reel life. The Indian audience is taken in by the celebrity’s appearance in most movies (the reason why Akshay Kumar is always a smart officer, for a lot of BJP fans).

However, it will be interesting to see if Sunny would be able to carry off the role as well in real life.

Also read: Sunny Deol joins BJP: What Sunny Deol can do for the saffron party, no one else can. Here's why

#Nirmala Sitharaman, #Lok Sabha elections 2019, #BJP, #Sunny Deol
The views and opinions expressed in this article are those of the authors and do not necessarily reflect the official policy or position of DailyO.in or the India Today Group. The writers are solely responsible for any claims arising out of the contents of this article.

Author is a correspondent with India Today TV