Neither Uber-Ola nor Kejriwal is to blame

The real fault lies with the autowalas and yellow-black taxis, which have their own version of surge pricing.

Delhi chief minister Arvind Kejriwal, a man never to shy away from a fight, is angry at Ola and Uber. He accuses these cab aggregator companies of jeopardising his government's odd-even phase two plan and has called them robbers. His ire is aimed at the practice of surge pricing, which allows companies like Ola and Uber to move cab fares up and down in an automated way, depending on demand and supply.

The app-based cab service companies call their practice legitimate business - and on paper it sure is - while Kejriwal calls it "daylight robbery".

Both the warring parties might be right but both are also disingenuous.

Surge pricing is a problem. Although not necessarily because of what the Delhi government is saying. Even though it is mostly transparent to the riders, who are shown the surge multiplier clearly, there are a lot of unknowns. Both Ola and Uber control the algorithms that govern surge pricing.

Neither do the cab drivers know about the secret sauce nor the passengers. It's true that at the end of the day, both Ola and Uber are free to price their service the way they want. It's a free market. But even free markets need some regulation, some broad contours defining what is right in public good and what is not. Surge prising too needs some sort of regulation. 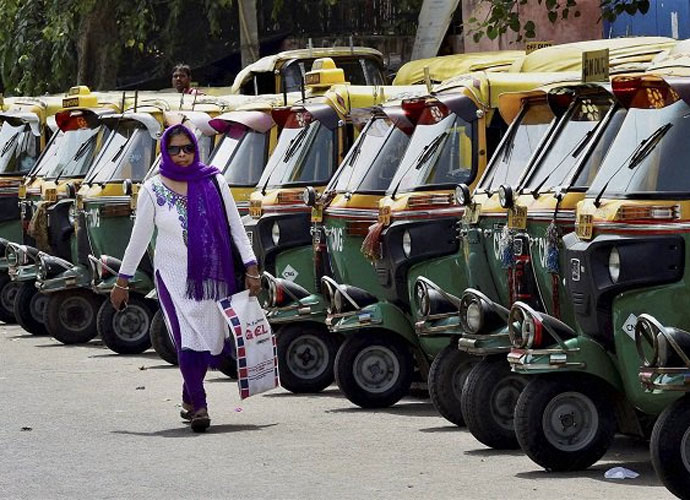 Autowalas have their own version of surge pricing and it is quite arbitrary.

But at the same time, Kejriwal is wrong in blaming Ola and Uber for Delhi's transport mess. The real blame lies with the autowalas and yellow-black taxis, which have their own version of surge pricing. But unlike Ola and Uber's surge pricing, this one is arbitrary, extremely opportunistic and downright humiliating for anyone trying to travel within Delhi.

Ideally, Kejriwal should be fixing the mess created by autowalas, and his government's own transport department that has failed to solve issues affecting commuters in the city even a year after his government came to power.

In today's world, technological solutions like those offered by Ola and Uber may seem too disruptive. Probably they seem too dangerous to the Delhi government, which enjoys remarkably good support among auto drivers. But in the end, it should be all about the public good and what is fair and just.

Also read: Are you sure surge pricing isn't taking you for a ride?

Banning surge pricing won't serve any public good. At the same time, leaving it unregulated won't as well. The answer to who is right in the fight between app-based cab companies and the Delhi chief minister is somewhere in the middle.

Post your comment
#Arvind Kejriwal, #Ola Cabs, #Uber, #Surge Pricing
The views and opinions expressed in this article are those of the authors and do not necessarily reflect the official policy or position of DailyO.in or the India Today Group. The writers are solely responsible for any claims arising out of the contents of this article.