India-Pakistan ties: Mangoes and biryani will replace bullets and mortar

War is no solution. Truth will always be the first casualty in times of war.

Traditionally, India-Pakistan relations have involved elements of drama and unpredictability. There are bouts of bonhomie and confrontation. There are seasons of betrayals and full scale wars and then spells of "chicken biryani" and cricket diplomacy, too.

It is not always about deadly exchange of mortars and bullets along the LoC. Even shawls and mangoes are presented.

The media in both countries plays its part in creating war-hysteria and trust-building, depending on what their governments want them to do at different times.

That’s how journalists often fall into a trap and become stenographers of governments, army and spy agencies at the risk of losing their credibility as professional individuals.

Scepticism is supposed to be the main weapon of a journalist. A professional scribe is trained to question those in power and critique their anti-people policies, but in the present circumstances the media appears to be a willing "partner in crime" as it buys everything that the governments and armies sell and continues to contribute to escalation in tension between the two nations by promoting hatred and violence through war-mongering presentations.

If one were to go by the media rhetoric of the last one month or so, you would probably reach the discomforting conclusion that Pakistan and India will never be talking peace again with each other. But that is not the case. Peace times will eventually return.

Vast sections of Indian media, especially the electronic media, by virtue of their vitriolic commentary give you an impression that today Pakistan stands isolated globally.

The Pakistani media believes otherwise. Both are indulging in propaganda to give credence to their respective narratives based on falsehood, provocation and lies.

Farah Jan and Serge Granger in their joint essay ‘Pakistan-China Symbiotic Relation’ in Pakistan At The Crossroads: Domestic Dynamics and External Pressures, a book edited by Christophe Jaffrelot, argue that in Pakistan, the perception of China is of an unfaltering “all weather friend” and a reliable ally, regardless of regional and global circumstances.

China also sees Pakistan as a “permanent friend”. China has more than often come to the rescue of Pakistan. In 1963, China and Pakistan granted each other the status of Most Favoured Nation (MFN). China’s veto power in favour of Pakistan at the UN and multi-billion dollar investment in the China-Pakistan Economic Corridor (CPEC) are cases in point.

Moreover, Pakistan enjoys full backing of the OIC countries. Even the US can’t ignore the role of Pakistan in South Asia.

Jaffrelot writes that the US offered billions of dollars plus F-16 fighter jets to the Pakistanis to support the mujahideen fighting the erstwhile Soviet Union in Afghanistan. Even after 9/11, the Pakistani Army was given more weapons and money. 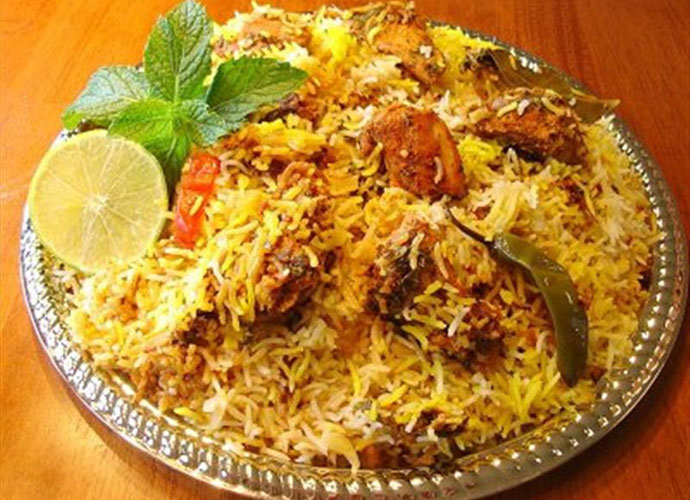 There should be a spell of chicken biryani soon. (Photo credit: India Today)

“In 13 years, from 2002 to 2015, Pakistan, a partner of the US in the war against the Al-Qaeda and Islamic terrorism at large, has received about $30 billion, as well as arms (including F-16s),'' he writes in the introduction of his book.

After all, international relations are not driven by rhetoric or emotions; they are based on economic and strategic interests.

It is no secret that in 1962, Saudi Arabia (which gives billions of dollars to Pakistan in aid) did not support Pakistan when a resolution on Kashmir came up for discussion in the United Nations. Saudi Arabia did not want to alienate India.

It is time to get real. As India is getting closer to the US and the European Union, Pakistan’s relationship with countries like China, Russia, Iran, and Turkey will improve further.

Confrontation between India and Pakistan serves no one’s interest. A war-like situation in the region will drive investors away from India which it can’t afford. It will hurt Pakistan’s economic interests as well.

From Kashmir’s perspective, peaceful and friendlier relations between the two nuclear archrivals always benefits Kashmiris. It ensures calm at the LoC and the working boundary. Peaceful times also present an opportunity to both countries to move forward in the right direction of resolving their outstanding disputes, including the Kashmir issue.

While it might be fashionable for some to celebrate war and indulge in chest-thumping when lives are lost in India, Pakistan and Kashmir, it is often the marginalised sections which suffer the most.

The elites continue enjoying drawing-room discussions. The angry young men and women in the media become fidayeen inside their air-conditioned television studios without realising that their vitriol affects the lives of thousands of people living along the LoC and the international border.

War is no solution. Truth will always be the first casualty in times of war. What is needed at this juncture is statesmanship from both the Pakistani and Indian leadership. It is perhaps time for a Nawaz Sharif-Narendra Modi moment.

Yes, I am aware that the Assembly elections in Uttar Pradesh are round the corner. And, in Pakistan, the Army Chief, General Raheel Sharif, is about to retire. Rhetoric will therefore continue for a while. But one hopes it will not be a permanent feature.

I’m reminded of immortal verses by two poets, Rahat Indori and Ahmed Faraz. The former’s verse is about election time escalation at borders and the latter’s verses are about why peace between Pakistan and India is the way forward.

(The border is brimming with tension. Find out if there is an election.)

(You're proud to have fought the Mahabharata, We too are proud of having witnessed the Karbala, I have come to your country, my friends, Not for musical evenings or poetry recitals, If it is all about your ego, Let me extend the hand of friendship!)

#India-Pakistan ties, #Surgical strikes, #Pakistan
The views and opinions expressed in this article are those of the authors and do not necessarily reflect the official policy or position of DailyO.in or the India Today Group. The writers are solely responsible for any claims arising out of the contents of this article.