Amid all the mounting frenzy, I suddenly realised, this is not a game of Call of Duty. It's war. One that could soon step out of our living rooms and become the end of us all.

The aftershocks of the cowardly Pulwama attack — which claimed the lives of 40 CRPF personnel earlier in the month — still seem to be rocking the political and security landscape of the once imagined 'sister nations', India and Pakistan.

The attack carried out by suicide bomber Adil Ahmad Dar — who claimed to be an operative of the Pakistan-based terror organisation, Jaish-e-Mohammed — appeared to have cut so deep into our already aching hearts, that backed by the government's blessing, the armed forces of India finally decided to wage an all-out war on terror, the likes of which the nation, let alone our generation, born in the 1990s, had never seen before.

In the wee hours of February 26, while most of us lay asleep in our warm beds, the Indian Air Force launched an ambitious offensive from its airbases in Agra and Gwalior as it sent as many as 12 Mirage 2000 aircraft across the LoC to rain down fires of hell on Jaish terrorist camps operating inside Pakistani territory. 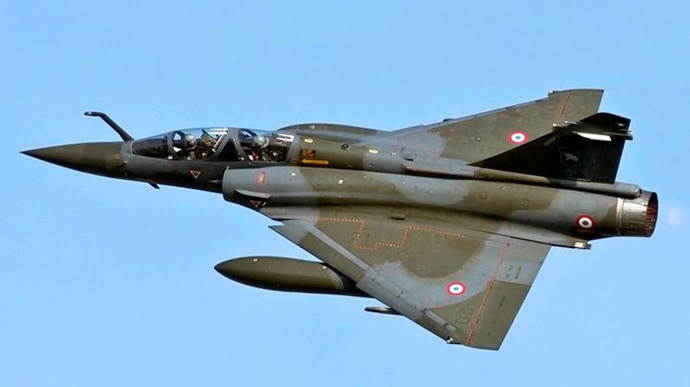 I'd never seen these in real-life action before. (Photo: Reuters)

What followed — and is still going on — has been utter mayhem.

Soon after the attack, the ISI's PR machinery swung into action as the DG ISPR, Major General Asif Ghafoor, denied any reports of the loss of life or infrastructure to "Indian aggression". In a series of tweets and media briefings, he further claimed that the only ones to fall because of the multiple 1000Kg Indian bombs were a few unfortunate trees in an uninhabited jungle in PoK.

The claim flew right in the face of reports circulating on our side of the border which stated that these 21-minute long pre-emptive air strikes against Jaish-e-Mohhamed not only burnt to the ground whole terror launch pads at three different locations across PoK, but also brought to a premature end the lives of around 300 jihadis.

Several high-pitched TV debates and chest-thumping sessions later, the morning of February 27 brought the realisation of the unfortunate reality of war to us. 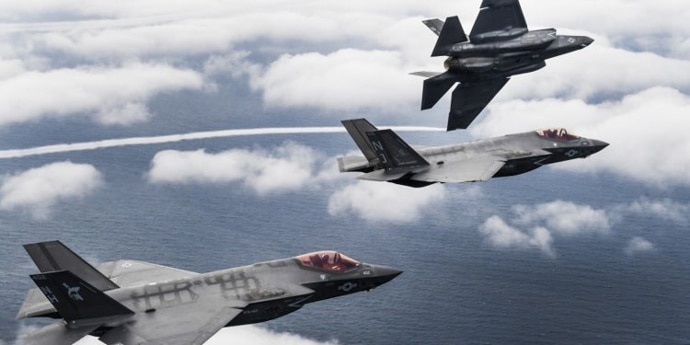 To follow real combat is thrilling, yes. But it's also totally sobering when you think of its reality. (Photo: Reuters)

In an apparent attempt to reclaim lost pride, an unconfirmed number of F-16s from the Pakistani Air Force (PAF) made a shallow run into Indian territory and attacked India's military installations deployed along the Line of Control (LoC). In doing so, the PAF aircraft not only moved to escalate already rising tensions — but, more crucially, also came face to face with Indian Mig-21 Bison interceptors deployed to thwart any such attacks from Pakistan.

After a confusion-filled few hours, Foreign Ministry Spokesman Raveesh Kumar and Air Vice Marshal RGK Kapoor briefed the media and said that in their attempts to push back the Pakistani F-16s — one of which was brought down — our Air Force possibly suffered a casualty.

According to the statement, a MIG 21 Bison, while taking down a Pakistani fighter aircraft, entered enemy airspace and was shot down before it could return to the safety of Indian terrain. Though not confirming the identity, the statement did say that the pilot of that aircraft has been claimed to have been nabbed by Pakistan, but in the absence of any official communication, he is being declared as Missing in Action (MIA).

For me, a kid of the 90s, who was truly too young to understand the implications of the 1999 war played out on the high hills of Kargil, and one who had previously not seen a real war-like situation take shape between Pakistan and India, the events of yesterday — and those from today — felt like a real-life playing-out of an act from the popular video game series, Call of Duty.

What made this absurd association feel natural was the military lingo being played out on our TV screens over the last few years. Surgical Strikes, air-combat, counter operation and other military terms that I have been exposed to since India's first surgical strikes, were previously heard by me only while shooting coded virtual 'bad guys' sitting in my living room. This is what a video game is. It's very different to what we see now. (Photo: Call of Duty: Modern Warfare)

However, what made the whole spectacle of the air-strikes from yesterday, and Pakistan's subsequent attack today, feel more like a video game was the commentary I heard from my colleagues sitting with me.

As educated individuals around me started cheering and clapping to the reports of planes being shot down and bombs being dropped on civilian and military targets, somwehere, I felt my tether to reality — and possibly, even humanity — seemed to be getting lost.

Before I knew it, I was getting high on the war hysteria around me.

But just when I appeared to be crossing the line, I saw a video being circulated on Twitter. This yet to be verified video, released by the Pakistani defence establishment, shows purportedly an Indian Air Force pilot blindfolded and shedding blood from his face, being held by the Pakistani Army.

Looking at that video, I was jolted right back to reality.

Now, I'm not sure if this is the Indian fighter pilot that our authorities have confirmed to be missing. The one whose family is eagerly waiting for his return. The one we are all worried about. But what I do know is that this video looks like real war — and not footage from a video game that many of us appear to have been looking at this as.

And one, that if unchecked, could soon step out of our living rooms and become the end of us all.

The end of all vain and utterly futile conversations that we seem to be indulging in right now.

#Terrorism, #Video game, #Call of Duty, #MIG 21
The views and opinions expressed in this article are those of the authors and do not necessarily reflect the official policy or position of DailyO.in or the India Today Group. The writers are solely responsible for any claims arising out of the contents of this article.