Surgical strikes by India are not new, but we must be on guard

Will things cool off from here?

"Surgical strikes" by India – it's the flavour of the season. And there is the inevitable question whether this is the first time that Indian troops have carried out such raids. The general consensus is that this has been a "game" (a very deadly one) carried out by both sides but the strikes have been a localised affair.

Lives are lost in both cases and families suffer; there is a loss of face too, but that is "contained" within the brigade or the division or sector. Most of the times, this has been "routinely" reported as "clashes on the LoC" or "shelling on the LoC" and then, an agreement through a flag meeting at the local or sector level brings down the temperature.

Life goes on thereafter. As a helicopter pilot who has flown extensively with the Indian Army, this writer is aware of such occurances. Then, what is the difference this time?

Well, there is a world of difference, and possibly the recounting of an earlier action would convey the disparity.

The date was July 20, 1981. I was a flying officer and was detailed to fly the Northern Army Commander, Lt-General SP Malhotra, to Nangi Tekri, a post south-west of Poonch, and from which one of the latest surgical strike teams went in this time too, according to some press reports.

Nangi Tekri had a company of Gurkha battalion manning the post that juts into the Pakistan-held area. The post gets its name from the fact that it is as bald as bald can be - there is not a blade of grass for some reason (at least it was so in the 1980s).

The Army commander was going to Nangi Tekri to meet the company who had lost a young captain a few days ago to an ambush by the Pakistani posts on the opposite side; what was worse, the Pakistanis did not let our Gurkhas retrieve his body throughout the night by shooting at troops whenever they attempted to do so.

On landing, the Army commander went straight in for a briefing. He had a grim look when he came out, surveyed the ambush spot that was way into our territory, and met the subedar major (SM) outside the briefing tent - the SM is the senior-most junior commissioned officer and is very influential in maintaining morale as he is the link between officers and jawans.

I heard him ask the SM: "Sahab kya jawab dena hai" (what’s the reply that should be given)? The diminutive 4ft-and-a-few-inches-tall SM looked up at the 6ft-plus Army commander and said: "Sahab, aap hum se prashan mat poochna" (sir, don’t ask us questions later). 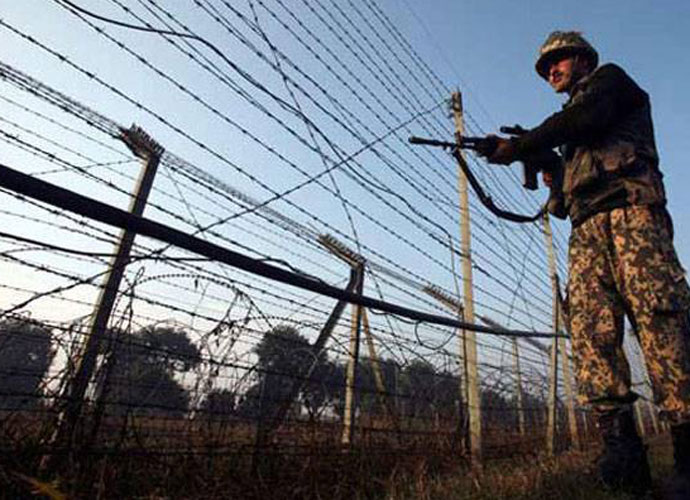 Strikes are "routinely" reported as "clashes on the LoC". (Photo credit: India Today)

The calm came about through a flag meeting. Pilot officer Raju Srinivasan flew a few days later to Nangi Tekri with GOC XVI Corps, Lt-Gen Handoo, for the meeting requested by the Pakistanis, since the Gurkhas had really plastered them - as he remembers, 14 Pakistani troops had been accounted for!

In the helicopter was a carton of Charminar cigarettes, with the small placard "with compliments of the Indian Army'', that was presented to the Pakistani delegation. On the return flight, the Corps commander was asked why he had presented Charminar cigarettes (a very strong brand) while much better ones were available? The General remarked: “Pakistani Generals love Charminar - they got used to it when they were POWs in India!”

So much for a light-hearted end to what is a serious life-and-death situation. There was no hue and cry or the press going nuts in 1981 over the Nangi Tekri incident - the way it has been this time after the surgical strikes.

The difference is that repeated terrorist attacks, traced to Pakistan, have been testing the strategic restraint of India, which wants peace for the development of its people; Uri was the proverbial straw on the camel’s back.

The DGMO’s statement post the strikes was clear that only terrorist launchpads had been targeted and not Pakistani troops; this unambiguously conveyed India’s intent to send a message to the terrorists, and their Pakistani handlers alike, that India would brook no nonsense hereafter. It also gave a way out to the Pakistani establishment not to retaliate and accentuate tensions.

Will things cool off from here? As much as one would wish that calm prevails, history has shown that the Pakistani military retaliates if its standing in its civil society takes a downturn.

As more news of the surgical strikes percolates down in the neighbouring country's media and civil society - despite official statements from the Pakistani government that no strike took place - one can expect some action.

It could be staged encounters at the LoC on the plea that an attempted Indian incursion had been foiled or terrorist attacks could take place in Indian cities.

We, as a nation, have to keep our guard up.

Also read: Can Pakistan for once take the onus of peace initiative?

#Uri attack, #Surgical strikes
The views and opinions expressed in this article are those of the authors and do not necessarily reflect the official policy or position of DailyO.in or the India Today Group. The writers are solely responsible for any claims arising out of the contents of this article.