What should have been a celebratory day for the Sweden instead ended with political confusion on November 24. The elected Social Democrat leader, Magdalena Andersson, became the first female Prime Minister of Sweden, but ended up resigning only 12 hours later. Why?

Andersson did so because her budget failed to pass in the Parliament and the junior party in her government's coalition, Green Party, resigned. Up until Andersson's election, Sweden was the only Nordic country to not have a female Prime Minister. After her election, she was given a standing ovation by sections of the Riksdag (Swedish for Parliament). Andersson was previously the Finance Minister in the Parliament.

WHY DID SHE RESIGN: Instead of her budget, the Parliament voted for her opposition's budget, which is known to include the anti-immigrant far-right. The Green Party, her government's coalition, then said that it could not accept a budget that was "drafted for the first time with the far-right" and subsequntly resigned. The opposition's budget is known to be drafted by conservative Moderates, Christian Democrats and far-right Sweden Democrats. 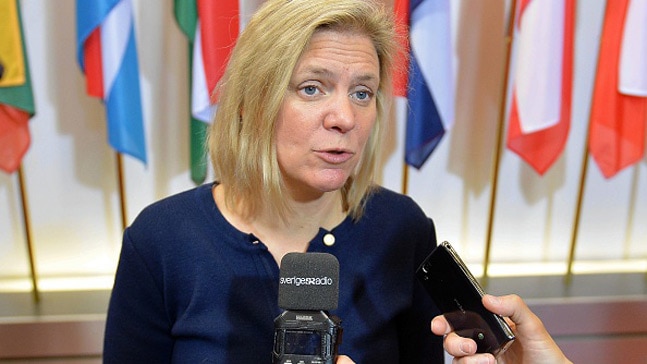 Andersson told reporters at a news conference, "I have asked the Speaker (of Parliament) to be relieved of my duties as Prime Minister. I am ready to be Prime Minister in a single-party, Social Democrat government.”

She went on to explain the reason for her resignation, "There is a constitutional practice that a coalition government should resign when one party quits. I don't want to lead a government whose legitimacy will be questioned."

The likelihood for her to be elected again is high because the Green Party has promised to support her.

Here is her statement:

The Speaker, Andreas Norlén has said that he has accepted Andersson's resignation and is going to speak to other party leaders before deciding on how to proceed.

#Sweden, #Magdalena andersson
The views and opinions expressed in this article are those of the authors and do not necessarily reflect the official policy or position of DailyO.in or the India Today Group. The writers are solely responsible for any claims arising out of the contents of this article.