How Afghanistan and Taliban have turned against Pakistan

Afghans see India as a benign power and the powerful Americans as both protectors and subversives.

A recent conference on regional security issues in the western Afghanistan town of Herat was catalysed by an angry exchange between US political-military analyst on South Asia Christine Fair and retired Brigadier Saad Mohammed from Pakistan’s intelligence agency ISI, on the nature of the Pakistan army, which Fair variously characterised as being a “hyena” and “a vulture feeding on a carcass".

Admittedly, Fair is a severe critic of the Pakistan Army, about which she has recently written a book, and doesn’t hesitate to speak her mind about the colossal - and nefarious - influence it wields on Pakistani polity.

Admittedly, too, that makes her a huge favourite of the Indian establishment - she says things publicly several people in the government wish they had the courage to.

But what happened next, in Herat, was not about India or Pakistan or the current tension between the two.

The scrappy exchange between Fair and ISI Brigadier (retd) Saad Mohammed - “your country is a vulture and a hyena, not mine!” - was followed by enthusiastic clapping by several Afghans in the audience that was as much stunning as it was illuminating.

In fact, each time someone criticised Pakistan’s establishment, its army and the ISI - but were careful enough to separate them from the people of Pakistan - at the two-day conference organised by the Afghanistan Institute for Security Studies (AISS), the audience exploded into a barrage of quick, enthusiastic clapping.

“A mentality for peace and stability never existed in Pakistan and the country is trying to use terrorism and the Taliban to colonise Afghanistan,” announced former Afghan foreign minister Rangin Dadfar Spanta and AISS director.

As Afghanistan celebrates 15 years of liberation from the Taliban, Afghans seem increasingly nervous about losing the socio-economic gains they have accumulated in this time, never mind that parts of the country have taken on the hues of a kleptocratic state.

The Taliban has taken the northern city of Kunduz for the second time in the past year, LashkarGah in southern Helmand could fall to the group any day, while the provincial capital of Tarinkot in south-west Uruzgan seems ready to capitulate. A mentality for peace never existed in Pakistan and the country is trying to use terrorism and the Taliban to colonise Afghanistan, says former Afghan foreign minister Rangin Dadfar Spanta. (Photo credit: Reuters)

But several conversations with Afghans in Kabul and Herat, in plush drawing rooms and crowded bazaars, reveal an anti-Pakistan narrative that is far more unsettlingly similar today than it has ever been before.

Afghans say Pakistan has prevented the implementation of the 2011 Afghanistan-Pakistan Trade and Transit Agreement (APTTA), which allows trucks carrying Afghan goods to come up to the Wagah border; in effect, Afghans say, Afghan trucks are stopped at Peshawar in Pakistan’s Khyber-Pakhtunkhwa province, just over the Afghan-Pakistan border.

Officials said Kabul was now actively considering retaliating against Pakistan, by stopping Pakistani trucks from access to Central Asia. This would prevent them from picking up cheap, Chinese goods expected to flood the market when the train from the eastern Chinese city of Nantong to Haeraten on the Uzbek-Afghan border begins its regular service in a few weeks.

The officials said they are also deeply unhappy that APTTA doesn’t allow Indian goods to be loaded on to trucks and brought back to Afghanistan.

So Delhi and Kabul are now actively considering using their several daily commercial flights between the two capitals to create an air-corridor that would effectively give discounts to businessmen and entrepreneurs.

Kabul’s friendly pro-Taliban analyst, Nazar Mohammed Mutmaeen, told this reporter “India is an important country in the region and we need to compare it with China, not Pakistan.”

Asked whether that meant the Taliban was changing its mind about India since 1992, when it hanged Afghan president and India’s friend Najibullah, Mutmaeen said: “The Taliban has changed. It is more mature now. It is not the same as it was before.”

He added: “Pakistan is thinking of its own benefit only. But Afghans won't be used by Pakistan again. If the Pakistanis think they can use us, then they should remember what we did with the British, with the Soviets, with the Americans and NATO forces.”

Perhaps the greatest proof of Taliban anger against Pakistan is the fact that Taliban leaders, including the brother of former Taliban chief Mullah Omar, met Afghan intelligence chief Mohammed Stanekzai and US officials in Doha, Qatar, for secret talks in September. No Pakistani officials were present at the talks.

Considering Pakistan has been the chief negotiator between the Taliban and powerful players like the US and China, in the Pakistani hill town of Murree as well as in Qatar, the absence of Pakistani players in the latest secret talks will be a huge blow to Rawalpindi. 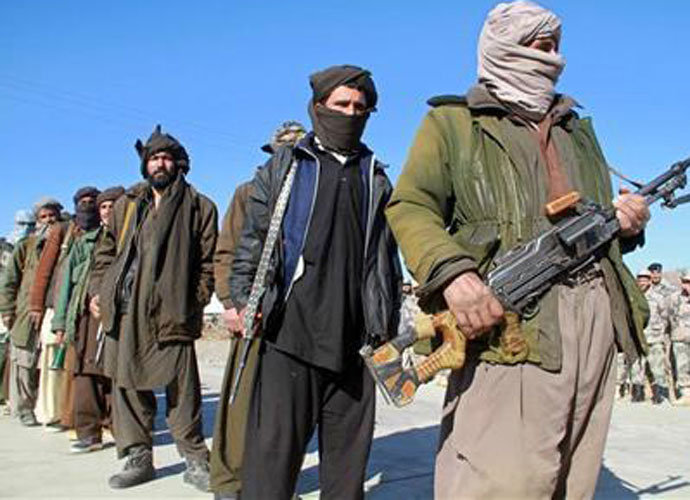 The greatest proof of Taliban anger against Pakistan is that Taliban leaders met the Afghan intelligence chief and US officials for secret talks but no Pakistani officials were present. (Photo credit: Reuters)

But Mutameen said Pakistan had been treating Taliban leaders badly for a long time. For example, Pakistan told the US that the former Taliban chief, Mullah Mansour, wanted to cross over to Helmand in southern Afghanistan. He was killed in a US drone strike in May.

"Pakistan had also arrested senior members of the Taliban who lived in Quetta for several years, such as Mullah Ahmadullah Nanay. Former Taliban second-in-command Mullah Baradar was arrested and had since had 'mind problems',” Mutmaeen said.

“Pakistan wants privilege under the name of the Taliban and wants to use the Taliban against India,” he added.

Amrullah Saleh, a former head of Afghanistan’s national security council, pointed out that none other than president Ashraf Ghani had come a long way since he reached out to the Pakistani ISI and army in Rawalpindi soon after he came to power in mid-2014.

In May, Ghani travelled to Tehran at the invitation of president Hassan Rouhani to meet prime minister Narendra Modi and sign the agreement to build the Chabahar port that would allow Indian business to circumvent the obstacles thrown up by Pakistan over the land route.

“India has helped us get out of the siege mentality created by Pakistan,” said Saleh, adding that the road from Chabahar to the border Afghan town of Zaranj and onwards to the road that India has built to Delaram in southern Afghanistan must now be considered a “strategic route which is an alternative to the Karachi port".

Over two days at the Herat Security Dialogue, even China’s ambassador to Kabul Yao Jing wasn’t spared. “Why would China continue to invest so heavily in the China-Pakistan Economic Corridor when you know that Pakistan is involved in masterminding terror groups inside Afghanistan?” asked one questioner.

Another wanted to know why Taliban leaders lived - and died - in Pakistan? A third asked why Mushahid Hussain, sent by Pakistani PM Nawaz Sharif to the US to lobby on Kashmir, had said Pakistan would not be able to settle Afghanistan until the Kashmir problem was resolved?

At an off-the-record dialogue between Afghans and Pakistanis on the eve of the Herat conference, an Afghan participant reportedly told her Pakistani audience that “if you go out on the streets, you will find that very few people like you".

Perhaps the biggest gain of the last 15 years of freedom from the Taliban is that Afghans are increasingly challenging the world around them. India is seen as a benign power, its rapid economic growth an asset to the neighbourhood.

The powerful Americans are seen both as protectors and as subversives. But it is with Pakistan that the biggest changes can be seen, with Afghans seeing them as sponsors of terror groups on the other side of the Durand Line.

Also read: India needs to side with Afghanistan to isolate Pakistan

Post your comment
#Pakistan, #Afghanistan, #Taliban
The views and opinions expressed in this article are those of the authors and do not necessarily reflect the official policy or position of DailyO.in or the India Today Group. The writers are solely responsible for any claims arising out of the contents of this article.