Ban Tanmay’s video: Sure, but where is the law?

The reaction is unprecedented and entirely arbitrary.

India's love to ban all things it dislikes knows no bounds. The latest to face the ban bugle is AIB's Tanmay Bhat's spoof, which makes light of legends Sachin Tendulkar and Lata Mangeshkar. The video, which was first posted on Snapchat and then deleted, has been shared on several host websites, including YouTube.

The video - irrespective of whether you find it funny or whether it violates the tenets of freedom speech - has sparked a debate.

On May 30, when Mumbai cops asked YouTube and other sites to ban it on their servers, it once again showed how our authorities misuse the law to get whatever they want banned on the internet.

India clearly lacks the legal framework that can govern such actions. This has given a rise to the sort of obfuscation that may befit a banana republic, but not the world’s biggest democracy. Here's why I say this:

1. Mumbai cops have asked YouTube and others to ban Tanmay’s video and probably block all of its copies. But the video is not even there.

The copies available online have been posted by third parties. More significantly, on what basis did the Mumbai police want to block the video? We don’t know (apparently, when it comes to the legal aspect, cops are still seeking expert opinion).

2. Every month or so, some movie producer or distributor asks for a ban on pirated versions of a film that is yet to be released, using an interpretation of some vague law, and often gets approval from the government or courts.

The lawyer representing the aggrieved party creates a list of the sites he or she wants banned, which is then passed to the DoT, which orders the ban. 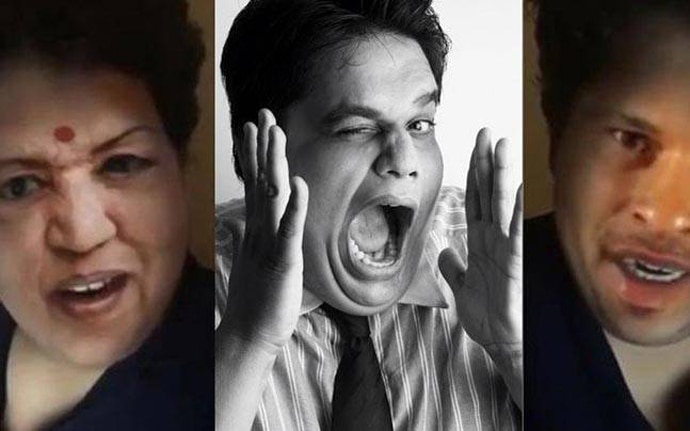 Bans need to be either institutional or have no place at all.

At least this is how the government managed to ban Github in late 2014 (the ban was lifted after considerable hue and cry). But there are so many other websites banned in a similar manner and they remain inaccessible.

— Thousands of websites are blocked in India but no one knows on what basis and who actually ordered the ban. We don’t know what process was followed before these sites were banned. In fact, it would be a surprise if even CERT, which keeps a watch on India’s cyberspace has the full list of websites that are banned in the country.

— Time and again, we see cops order blocking of mobile internet in some areas depending on how they perceive the law and order situation. This is unprecedented and the whole process is entirely arbitrary.

This is not an argument to say that India should not try to curtail what could be troublesome for the country or the society. It should. But before we start banning anything that causes some discomfort somewhere, there has to be a framework that governs the process. And this framework needs to be clear, fair, objective and concise.

Clarity and transparency are of utmost importance. If, as a nation, we want to ban digital nudity, a file-sharing website, a chat app, a portion of the internet or the whole of internet, we need to do so on fair terms.

Banning a website should not be the discretion of a bunch of cops who are not even aware if Orkut exists or not.

It needs to be either institutional or it should have no place at all.

Post your comment
#Insult comedy, #Tanmay Bhat
The views and opinions expressed in this article are those of the authors and do not necessarily reflect the official policy or position of DailyO.in or the India Today Group. The writers are solely responsible for any claims arising out of the contents of this article.