The real cost of a cuppa: Exposing the bitter story behind UK's national drink

In a scorching documentary, BBC journalist Justin Rowlatt and news presenter Jane Deith investigate the plight of workers on tea plantations in Assam.

Several of Britain's biggest tea brands, including PG Tips, Tetleys and Twinings, have said they will work to improve the tea estates they buy from in India after a BBC investigation found dangerous and degrading living and working conditions.

Harrods has stopped selling some tea products in response, and Rainforest Alliance, the ethical certification organisation, has conceded the investigation has revealed flaws in its audit process.

The joint investigation in Assam, north-east India, for a BBC World News and BBC Radio 4 documentary, found workers living in broken houses with terrible sanitation. Many families have no toilets and say they have no choice but to defecate amongst the tea bushes. 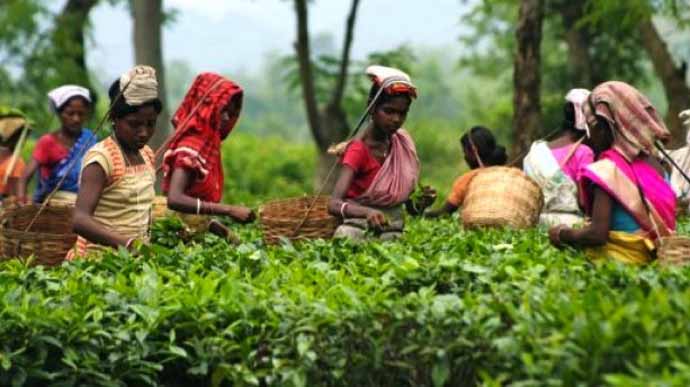 In the tea estates of Assam, a general disregard for health and safety of workers is omnipresent.

Living and working conditions are so bad, and wages so low, that tea workers and their families are left malnourished and vulnerable to fatal illnesses.

There was also a disregard for health and safety, with workers spraying chemicals without protection, and on some estates, child labour being used.

Plantation owners in India are obliged by law to provide and maintain "adequate" houses, and sanitary toilets for workers.

Yet homes on the tea estates were in terrible disrepair, with leaking roofs and damp and cracked walls. Many toilets are blocked or broken.

Workers said their homes were not repaired despite repeated requests to management, often over many years.

The drains are open and unlined and many clogged with effluent. In some cases, cesspits are overflowing into the living areas of people's homes.

Many homes have no electricity, and on one estate workers had to drink rainwater piped from a stream.

A manager on an estate owned by the world's biggest tea producer, McLeod Russel, admitted there is "a huge backlog of repairs".

The manager described conditions for some workers as "not acceptable" and said the estate has just 464 toilets to serve 740 homes.

The head of the Assam branch of the Indian Tea Association, which represents tea producers in India, also accepted that conditions appeared to be well below standard.

"Let me be clear," Sandip Ghosh told the BBC, "cesspools and open defecation are not acceptable to me or the association. These issues need to be addressed."

Many Indians live in dismal housing, but Indian law says decent housing and sanitation are part of a tea worker's pay.

This is the justification plantation owners give for the extremely low wages in the industry. Tea workers in Assam earn 115 rupees a day, just over £1 ($1.50) , significantly below the minimum wage (177 rupees in Assam). Tea workers in Assam earn 115 rupees a day, significantly below the minimum wage (177 rupees in Assam).

This combination of appalling conditions and low pay on tea plantations can be deadly.

Studies have confirmed levels of malnutrition on tea estates are very high, even by India's woeful standards.

Nine out of 10 patients from tea plantations are malnourished, according to the medical director of Assam Medical College, one of the main general hospitals serving the tea region.

"Diseases of poverty" are common, he says, with lots of patients coming in with diarrhoea, respiratory tract infections, skin lesions and serious infections like TB and meningitis.

He describes a tragic cycle: children come in so weak from malnutrition they struggle to recover from curable illnesses, and then quickly relapse after they are released from hospital.

As a result, Prof Das says, tea workers' children - and their parents - are significantly more likely to die of their illnesses than other patients at the hospital.And the BBC found other abuses.

One girl who said she was 14, was picking tea at the prestigious DoomurDullung estate. She said she had been working full time for two months.

DoomurDullung is owned by one of the oldest tea companies in the world, Assam Company, and supplies Twinings, Yorkshire Tea, Harrods and Fortnum and Mason.

Two other children said they had been employed full time on estates owned by Assam Company since they were in their early teens.

The UN rules on child labour say no child under 15 should work full time.

There was also a disregard for health and safety on some tea estates.

On one estate owned by Assam Company workers were spraying pesticides without the protective equipment required by law.

These workers said although protective equipment was given out once a year, it would wear out within a couple of months and was not replaced.

They reported side effects including breathing difficulties, numbness of the hands and face, a burning sensation on the skin and profound loss of appetite.

On one McLeod Russel estate, workers were spraying chemicals with overalls but no other protection.

Assam Company has called the BBC's allegations "baseless and false".

McLeod Russel said the safety and living conditions of workers is the company's priority. It said protective equipment is provided free to workers, they are trained in its use and that regular spot checks are conducted to ensure compliance.

Tea workers are vulnerable to exploitation because the plantations control so many aspects of their lives. The right of public access is supposed to enable people to visit them to check on their welfare.

Yet the BBC was denied entry to the workers' living area of one of McLeod Russel's estates, and were even imprisoned briefly within the factory compound.

The fact that there is a very serious issue with living and working conditions on tea plantations in Assam is well known.

The report said the "inhumane" and "abusive" conditions it found were endemic throughout the industry.

Tata told the BBC it is addressing "a number of serious social issues" on its estates and says it is working hard to improve living and working conditions.

In response to the BBC's other findings, Tata said it is committed to the "fair and ethical treatment" of people across its supply chain and said its membership of the Ethical Tea Partnership (ETP) demonstrated its commitment to improving conditions in the tea industry.

The Ethical Tea Partnership is an organisation set up by UK tea companies to improve the lives of those who make tea. Its executive director, Sarah Roberts - also speaking on behalf of Twinings - acknowledged its members are "very aware of the challenges" in tea-growing regions.

She said the Ethical Tea Partnership is working with the industry to make positive improvements to the lives of those who produce tea. The focus is to improve conditions in the industry, Ms Roberts said, "so everyone, whether in India or anywhere else, has a good life".

The welfare of workers is of "utmost importance", according to Fortnum and Mason, which pointed out all its teas are sourced in conjunction with the Ethical Tea Partnership.

Unilever, which owns PG Tips and Liptons, says it takes the issues the BBC has raised seriously, but that progress has been made. However, the company recognises "there is still more to be done to raise standards" and says it is "working with our suppliers to achieve responsible and sustainable practices".

Harrods says it has removed DoomurDullung tea from its shelves in response to the BBC investigation, but noted it hasn't bought any tea from the garden this year.

Meanwhile Taylors of Harrogate, which owns the Yorkshire Tea brand, told the BBC the company was "extremely concerned" by the BBC's findings and said it was "investigating as a matter of urgency".

All the estates the BBC visited have been certified by the Rainforest Alliance and awarded its "frog seal", displayed on the packaging of many leading tea brands.

Rainforest Alliance is an NGO that claims to work to conserve biodiversity and ensure sustainable livelihoods. It says its frog seal signals that businesses are managed according to "rigorous criteria" designed to "protect workers, their families and local communities".

Stephen Ekka, an activist with the local NGO PAJHRA, is campaigning to improve conditions on the tea estates. He told the BBC he believes the Rainforest Alliance's frog logo "is more about selling tea than about empowering workers".

Rainforest Alliance acknowledged issues with the certification process. "Clearly an auditing process, because it rests on an annual inspection, is not going to be perfect," its director Edward Millard said.

He admitted housing was a "systemic problem" in Assam and said "a really serious and long term upgrading of housing conditions" was necessary.

If its auditors had found any evidence of child labour or workers using pesticides without protective equipment, he told the BBC, then the plantations in question would have been decertified.

(The Real Cost of a Cuppa will be broadcast on BBC World News on Saturday, September 12 at 5pm and 10pm and Sunday and September 13 at 10am and 11pm. Justin Rowlatt is a BBC correspondent based in Delhi.)

#Tea in Britain, #Assam tea plantation workers
The views and opinions expressed in this article are those of the authors and do not necessarily reflect the official policy or position of DailyO.in or the India Today Group. The writers are solely responsible for any claims arising out of the contents of this article.