The truth is that the concept of instant talaq is alien to Islam as it goes against the very spirit of the procedure of divorce laid down in the holy book.

The observations of the Allahabad High Court terming triple talaq as unconstitutional give us an insight into the mind and mood of the judiciary. But if we go by the judicial wisdom garnered over the years, religious freedom, as espoused by the Indian Constitution in Article 25 and Article 26, excludes the possibility of major reform in Muslim Personal Law.

The courts have consistently held that freedom of religion under Article 26 protects the "essential or core" of religious practices of both religious denominations as well as sects thereof.

India follows a system of legal pluralism that allows different religious communities to be governed by their own codes of personal law. This has been seen as a way of protecting distinct communal identities and safeguarding the right of citizens to practice their faith, as enshrined in the Constitution.

Triple talaq in its presently practised form, known as instant triple talaq, has however no religious sanction and is basically a cultural practice. Most Muslims agree that it is antithetical to the spirit of their scripture, the Quran.

But the court justified its verdict by the logic of the Quran itself. The court observed that "divorce is permissible in Islam only in case of extreme emergency. When all efforts for effecting reconciliation have failed, the parties may proceed to dissolution of marriage by talaq or by khula".

"The whole Quran expressly forbids a man to seek pretexts for divorcing his wife, so long as she remains faithful and obedient to him," the court said.

" Islamic law gives to the man primarily the faculty of dissolving the marriage, if the wife, by her indocility or her bad character, renders the married life unhappy; but in the absence of serious reasons, no man can justify a divorce, either in the eye of religion or law," the court said.

To be fair, even the Bharatiya Muslim Mahila Andolan (Indian Muslim women’s welfare movement or BMMA), which has been on the forefront of the movement to ban triple talaq, is arguing for a ban on the way triple talaq is practised in India and not on the one enjoined by the Quran.

One must concede that it has not been asking for much. In fact, the BMMA looks as confused as Shayara Bano. Both of them have asserted in court that triple talaq, as per judicial verdicts, is now counted as one and yet ask the court to hold it as unconstitutional. 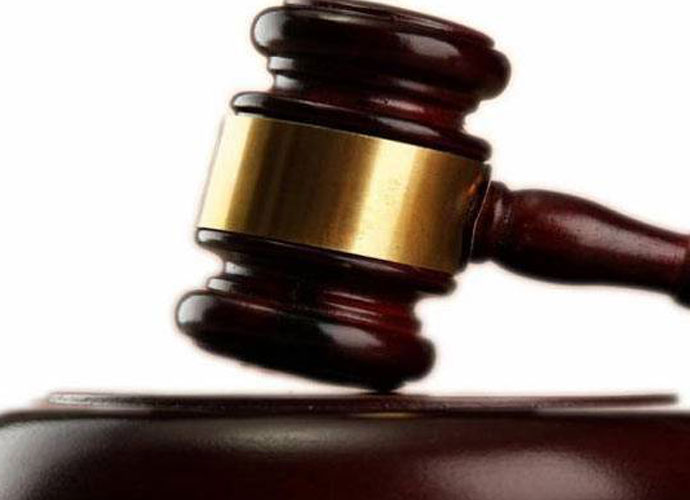 Talaq is a very exceptional remedy, frowned upon even by the Quran, and has to be taken recourse to only when all reconciliatory efforts fail.

As a matter of fact, the BMMA is basically asking that instant oral triple talaq must end and that the Quranic procedure of divorce in three months, with prior efforts of reconciliation between spouses, be strictly followed.

Thus they are not asking for revolutionary change but simply requesting the court for an "Islamisation" of Muslim Personal Law. Most liberal scholars have been making similar demands and are against instant triple talaq.

Thus the Hanafi sect, which is what the overwhelming Muslims represent, and its law stand protected.

Similarly, just like the All-India Muslim Personal Law Board (AIMPLB), the BMMA too, opposes the Uniform Civil Code and has explicitly asserted in the apex court that the same is "neither desirable nor practical".

The truth is that the concept of instant triple talaq is alien to Islam as it goes against the very spirit of the procedure of divorce laid down in the Quran. Even the Prophet, when he was informed about a man who gave three divorces at a time, was so enraged that he said: “Are you playing with the Book of Allah who is Great and Glorious while I am still among you?”

Talaq is a very exceptional remedy, frowned upon even by the Quran, and has to be taken recourse to only when all reconciliatory efforts fail. The policy of Islam is that it is better to dissolve the marriage when there is bitterness among couples.

The Allahabad High Court reiterated this very spirit of the Prophetic teaching. "Muslim law, as applied in India, has taken a course contrary to the spirit of what the Prophet or the Holy Quran laid down and the same misconception vitiates the law dealing with the wife's right to divorce," it said.

The Quran lays down a three-tiered calibrated divorce, keeping in mind human frailties. Divorce cannot be pronounced in a single sitting and must be preceded by efforts of arbitration, mediation, and reconciliation by mediators appointed by both sides who must explore the possibility of reconciliation.

It  has to be pronounced before witnesses and over three sittings over a period of three months. These months are to allow the couple to reflect on their relationship and not come to a hasty conclusion.

During this period, the woman is entitled to her right to residence and maintenance from the husband. In case there is cohabitation during this time, the divorce would be null and void.

Ironically, instantaneous triple talaq is banned in several Islamic countries around the world, including Pakistan, Saudi Arabia, Turkey, Tunisia, Algeria, Iraq, Iran, Indonesia and Bangladesh. Many of these countries have also set up arbitration councils that try to help couples resolve their differences.

Muslim institutions must understand that Quranic ontology revolves around the principles of justice, fairness and equity, and therefore, any law that contravenes or abridges the rights arising out of these standards of ethics automatically becomes unacceptable.

But the continued refusal of the Muslim patriarchy to see reason makes it imperative to analyse the procedure of talaq in the Quran to expose the illegitimacy of the stand of some of the clergy.

But the judiciary and the State should not make sweeping generalisations that all Muslim practices are regressive. One of the reasons triple talaq has remained legal so long is the fear, propounded by Muslim community leaders, that if the government is allowed to tamper with Islamic personal laws, it might one day scrap them completely, and the majority will swallow them up.

It is necessary for the State thus, that instead of compartmentalising social issues of the Muslim community, it evolves an integrated approach . The Quran is a comprehensive code for Muslims and egalitarianism is its underlying philosophy.

Also read: HC upholds what many Muslims have been saying: Triple talaq is not legal

Post your comment
#Islamic Law, #Allahabad high court, #Triple Talaq
The views and opinions expressed in this article are those of the authors and do not necessarily reflect the official policy or position of DailyO.in or the India Today Group. The writers are solely responsible for any claims arising out of the contents of this article.