Has Kapil Sibal opened a can of worms by equating Ram Janmabhoomi and triple talaq?

The counsel for the All India Muslim Personal Law Board compared the 1400-year-old practice of instant oral divorce to the Hindu 'matter of faith'.

The ongoing case against Triple Talaq, or the talaq-e-bidat (instant oral divorce) heard in the Supreme Court of India saw a fresh twist today as the counsel for the All India Muslim Personal Law Board, Kapil Sibal, argued that it’s a “matter of faith”, a custom practiced for the last 1,400 years, and that the court is in no position to ask whether or not the practice is un-Islamic.

In fact, Sibal compared triple talaq to the Ram Janmabhoomi issue, saying that just like many Hindus consider Ayodhya to be the birthplace of Ram, it’s a matter of faith not subject to constitutional morality because it cannot be verified.

#TripleTalaq: "That Ram was born in Ayodhya is a matter of faith, not Constitutional morality; same in this case", Kapil Sibal.

#TripleTalaq:"It is not a question of equity and good conscience, it is a question of faith. You cannot bring Constitutional morality",Sibal

Sibal, on behalf of the AIMPLB, said in court that matters of faith such as the Hindu belief of Ram being born in Ayodhya or the question of triple talaq shouldn’t see interference from the courts because these are personal/faith-related issues.

"Muslims are practicing triple talaq for the last 1400 years and it is a matter of faith," Sibal, appearing for AIMPLB, argued before the five-judge constitutional bench of the Supreme Court, headed by Chief Justice of India JS Khehar and includes Justices Kurian Joseph, RF Nariman, UU Lalit and Abdul Nazeer.

"Triple talaq is there since 637. Who are we to say that this is un-Islamic. Muslims are practicing it for last 1400 years. It is a matter of faith. Hence, there was no question of constitutional morality and equity," Sibal argued.

#TripleTalaq: "Laws in respect of other religions have been codified except Muslim law, that is a challenge before the Court", Kapil Sibal.

Sibal also added that because the Muslim marriage is a civil contract, talaq itself isn’t the issue, but even the instant talaq is a matter of practice and part of personal laws into which court interference isn’t desirable.

#TripleTalaq: "Shariat is personal law and not subject to fundamental rights", Kapil Sibal.

#TripleTalaq: "If you interfere, there is no limit as to where it will end. Then question will be raised "why me, why suo moto", Sibal.

Interestingly, Sibal said that any interjection or reform should come from within the community, and not via a court intervention, as it’s discriminatory and encroaches into personal laws and matters of faith. Sibal, on behalf on AIMPLB, further said that all patriarchal societies discriminate, and one mustn’t be singled out for reform, and face communal persecution, when the others too perpetrate anti-women practices.

Hi said that in some areas of Himachal Pradesh, polygamy is being practiced, but is protected under tribal laws and customs, and can only be changed by legislation, not court intervention.

#TripleTalaq: "We must protect different cultures; If it is bad, educate them and make them realise it is bad and make laws", Kapil Sibal.

This comes a day after Attorney General Mukul Rohatgi told the Supreme Court that if triple talaq (instant oral divorce) is struck down, then a new divorce law can be legislated by this government. Moreover, Supreme Court had earlier said that the instant triple talaq is the worst form of marriage dissolution and needs reform. 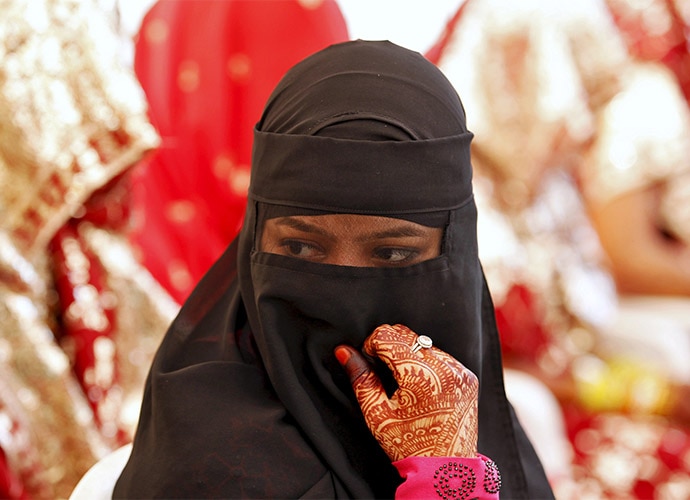 In this light, the argument put forward by Sibal is extremely problematic because the chief contention against instant triple talaq is precisely that it allows the strangling hold of patriarchal provisions and discriminates against Muslim women, who have no legal recourse once instant talaq is thrust upon them.

As senior advocate and a counsel on behalf of the Bebaak Collective, Indira Jaising, puts it, instant triple talaq is a unilateral and extrajudicial form of divorce available only to Muslim men, and by its very nature, discriminates against the women. Jaising has argued in court that personal laws must stand scrutiny of constitutional rights and must be subjected to Part III of the Constitution, that’s enforced by the state, and therefore, subject to Articles 14 and 15 which ensure right to equality and prohibition of discrimination under the eyes of the law.

Even though at the outset of the triple talaq case hearing, the five-judge vacation bench of the Supreme Court had said that it would not look at polygamy and nikah halala, the affiliated practices against which petitioners have appealed, it has now gone back on its statement. The Supreme Court clarified on Monday, the day three of the hearing, May 15, 2017, that it had not closed the window to scrutiny of the two contentious issues, though it said that a decision on triple talaq wouldn’t have any bearing on those two issues.

On Tuesday, Justice Rohinton Fali Nariman also said that the court is not going to visit the Narasu Appa Mali judgement of 1951, Bombay High Court, which distinguished between personal laws and laws in force under Article 13 of the Constitution, thereby excluding the nebulous zone what constitutes Muslim personal laws from court interference.

#TripleTalaq: Interesting discussion between RF Nariman J. and Kapil Sibal on A. 13 and Narasu Appa Mali.

#TripleTalaq: Kapil Sibal says Court will have to decide on Article 13 and corretness of Narasu Appa Mali.

However, revisiting the 1951 judgement is one of the central tenets of the petitioners’ written submissions, particularly, the Bebaak Collective submission, which argues that personal laws, being statutes and thereby laws in force, must come under Article 13 and be subject to constitutional scrutiny when they violate fundamental rights of citizens.

Even other legal commentators have expressed hope that the 1951 judgement, which is based on a flawed understandingon what constitutes personal laws, and makes the oversight on how the British colonial law was a product of some kind of legal codification which could be enforced, should be revisited and possibly overruled.

Is the triple talaq case hearing proceeding in the right direction? Are personal laws being invoked to ascertain some kind of an extra-constitutional sanctity? Why are women not accorded the same rights as men under the garb of not hurting religious sentiments? Whose sentiments, shall we ask? Why the gatekeepers of regressive religious practices always happen to be men? Isn’t it time that the larger constitutional principles are upheld and women are not made a scapegoat of communal politics from both ends of the spectrum?

Also read: Triple talaq has no place in the Quran