Bharatiya Janata Party’s well-orchestrated hype on triple talaq appears to be prompted by the age-old policy of "divide and rule".

The tirade, launched aggressively by Uttar Pradesh chief minister Yogi Adityanath, who completes one month in office, is clearly forging a divide between Muslim men and women.

And just as the men were busy taking shelter in the name of the Holy Quran to oppose any ban on triple talaq, the women were ready to vent their grievances arising on account of the rampant malpractice.

Several Muslim women organisations, supporting the BJP-sponsored move to petition for a ban against triple talaq are up in arms against the male-dominated Islamic clergy, who are not even ready to consider the ban.

“The provision for triple talaq is part of the shariat, laid down in the Holy Quran; therefore, it cannot be re-written," declared the All India Muslim Personal Law Board (AIMPLB), after a two-day long brainstorming on the subject in Lucknow last week. Shaista Ambar, who dared AIMPLB to form an independent All India Muslim Mahila Personal Law Board, has vehemently opposed triple talaq.

Terming it “anti-women”, she blames the Muslim clergy for “misinterpreting” the Holy Quran. 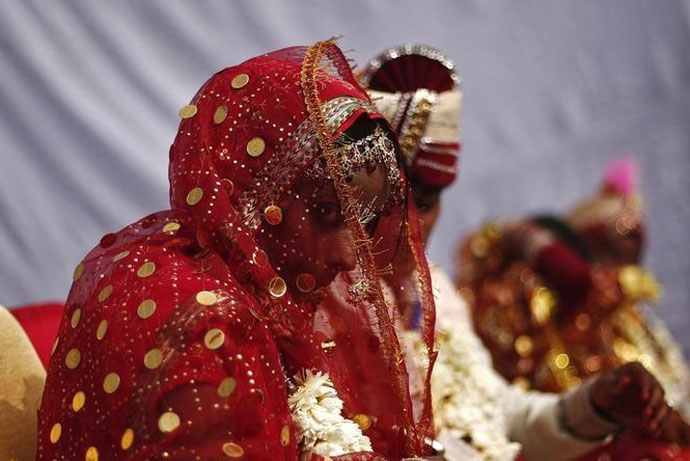 “Islam does not believe in discrimination with women, but Maulanas have deliberately twisted the laws to deprive women of equality and justice; it is hightime Muslim women get their due and a ban on triple talaq will be the first step in that direction,” Amber points out.

Lucknow-based activict activist Naish Hasan, who heads the Muslim Women’s League, is clearly of the view that the practice of triple talaq is wrongly attributed to the Holy Quran.

"There no mention of this system of talaq in the Holy Quran; this is an interpolation made in the Hadees, which cannot be accorded the same status as the Holy Quran," she points out.

"The Holy Quran is the word of God while Hadees is man-made," she claims, while adding, “therefore it is wrong on the part of our Maulanas to describe triple talaq as a part of the will of God.”

Her organisation, which took the lead in raising the Muslim women’s voice against triple talaq, went to the extent of taking on the Maulanas who were sanctifying triple talaq. Several victims of triple talaq too have come out in the open to support the Yogi government’s campaign against the practice.

35-year-old Alia Siddiqui, who was summarily divorced by her civil servant husband in Kanpur, has turned into a vocal advocate of the common civil code.

"These men need to be restrained from treating women like a commodity; and a common civil code will instill the fear of law in them; this frivolous law of triple ‘talaq’ is totally anti-women," asserts Alia. And the feeling was getting stronger even among illiterate and poor women, who were the worst victims of the abhorrent practice.

30-year-old Rukhsar, who lives in a Balaganj slum, was among the 100–odd burqa-clad women queuing up outside the chief minister’s residence to have an audience with Yogi Adityanath.

“I have come to meet him as I am told he is one person who will get us respite from this biased law that allows men to throw their wives out of their house by uttering talaq, talaq, talaq," which was how I was rendered homeless with my four-year-old son.

Sofia, whose affluent tannery owner husband divorced her in a drunken state, is as much in favour of a ban of triple talaq, which she felt was “completely opposed to natural justice”.Prominent maulanas who were part of AIMPLB consider such women as being “misguided”.

According to Maulana Khalid Rasheed, a member of the AIMPLB national executive, Nib Imam of Lucknow’s Eidgah and head of the city’s oldest Islamic seminary, Firangi Mahal, feels “any attempt to ban triple ‘talaq’ would amount to interference in the Muslim personal law which the Constitution allows us to practice".

He sought to argue that “the board has resolved to discourage triple talaq and we have also said that those going for triple talaq without following the laid-down Islamic procedure should be punished with social boycott. What more do women want?”

If insiders were to be believed, the BJP leadership had started working on it well before the UP Assembly elections.

After discreetly getting feedback from a section of Muslim women, the party leadership decided to rake up the issue during the poll campaign. As expected, it paid political dividends as several Muslim women have been heard confessing that they chose to quietely ignore their husbands and voted for the BJP.

And today, with chief minister Yogi Adityanath busy raising the chorus against triple talaq, more Muslim women are raising their voice against the practice.

In an obvious bid to prove that he has plans of going beyond the triple talaq issue to address social prejudices against Muslim women, Yogi Adityanath has decided to organise mass "nikahs" for poor Muslim women, deciding to bear their wedding expenses.

And once again, it is the men who don’t seem amused.

#Yogi Adityanath, #Shariah, #Indian Muslims, #Triple Talaq
The views and opinions expressed in this article are those of the authors and do not necessarily reflect the official policy or position of DailyO.in or the India Today Group. The writers are solely responsible for any claims arising out of the contents of this article.