Recep Erdogan will have powers at his disposal that no other president in developed democracies has.

Turkish president Recep Tayyip Erdogan has finally gained a legal cover to overhaul the system of governance in the country on a scale not witnessed before in its republican history. The result of the referendum held on April 16 says that the Turkish people have voted — albeit with a narrow margin — to give the presidency sweeping new powers.

From appointing cabinet ministers to judges and prosecutors, and from declaring a state of emergency to dissolving Parliament, the Turkish president will have powers at his disposal that no other president in developed democracies has. 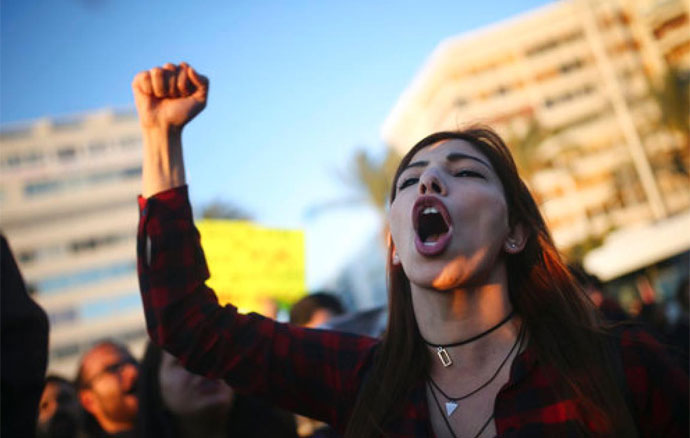 A supporter of the 'no' vote, (Hayir in Turkish) chant slogans during a protest against the referendum outcome, in Istanbul. (Credit: AP photo)

However, despite Erdogan’s argument that the debate over whether or not to confer such sweeping powers to him should now be over, there is hardly any reason for and little sign of that happening.

Firstly, a constitutional referendum is not like a presidential election where a candidate’s victory with a margin of few percentage points is normal — constitutional amendments should be backed by broadest possible national consensus. In this referendum, the proposed changes to the constitution have been approved by just 51.4 per cent of the voters.

This figure exposes how deeply divided the Turkish society is, particularly on this issue.

Ignoring the concerns of the 48.6 per cent of the voters who disapproved the proposed changes would create social unrest in the country, which will only do irreparable damage to the social fabric of an already deeply polarised nation.

Secondly, and more importantly, not only the referendum was held — as concluded in the preliminary report by the Organisation for Security and Cooperation in Europe (OSCE) — “on an unlevel playing field”, there are evidence of outright fraud on the referendum day.

In many polling stations around the country, election officers have been seen stamping “yes” on unsealed ballots, which were accepted by the Supreme Electoral Council (YSK) as valid ones an hour after the counting started.

Notably, given the difference between the “yes” and “no” votes is just 1.3 million and the number of unsealed ballots accepted at the last moment were 1.5 million, there is a strong possibility that this move swung the vote in favour of the “yes” camp.

It was to facilitate this vote-rigging that the YSK stopped giving live data to the opposition Republican Peoples’ Party (CHP) during the counting of ballots and removed the representatives of the Peoples’ Democratic Party (HDP) from polling stations in southeast Turkey for “security concerns”.

As someone who watches Turkey closely, I can say that the Erdogan regime had to pressurise the YSK to take these frantic measures to save the day for them because they themselves did not expect such a close result. They expected a 55 per cent to 60 per cent favourable votes, and therefore, not much was done beforehand to rig the referendum.

This result is a big jolt to the Erdogan regime as was the result of the first general elections in 2015. Yet, they will claim victory and will do everything to vilify those who contest the outcome — equating political opponents to terrorists and Western critics to crusaders will continue.

Also read: Turkey is inching towards a paranoid dystopian state

#YSK, #Recep Tayyip Erdogan, #Turkey referendum
The views and opinions expressed in this article are those of the authors and do not necessarily reflect the official policy or position of DailyO.in or the India Today Group. The writers are solely responsible for any claims arising out of the contents of this article.