Ukraine-Russia War: What is happening at the ICJ?

The ICJ is trying to get to a resolution in the Ukraine-Russia War, but Russia does not seem in any mood to cooperate.

The Ukraine-Russia War has got to stop at some point; and well, efforts are being made by the international community to help the two nations do the same.

As intended, the International Court of Justice was set to hold public trials on 7th and 8th March, 2022 to solve the Russia- Ukraine conflict. The International Court of Justice (ICJ) began its public trials on 7th March 2022, where it tried to be the mediator to help both countries settle the issue like civilised nations. But Russia's unwillingness to join the proceedings has caused the ICJ has agreed to decide on the matter ''as soon as possible''. BUT WHAT IS THE ICJ?

The International Court of Justice; the ICJ or the World Court, was created in 1945 to serve as the "principal judicial organ of the United Nations". All states that are parties to the UN Charter are also parties to the ICJ Statute, which governs the Court's powers and procedures. Both Russia and Ukraine are parties to the UN Charter and can be parties to suits before the ICJ, if the Statute of the ICJ has a basis for jurisdiction.

HOW IS ICJ DIFFERENT FROM ICC? 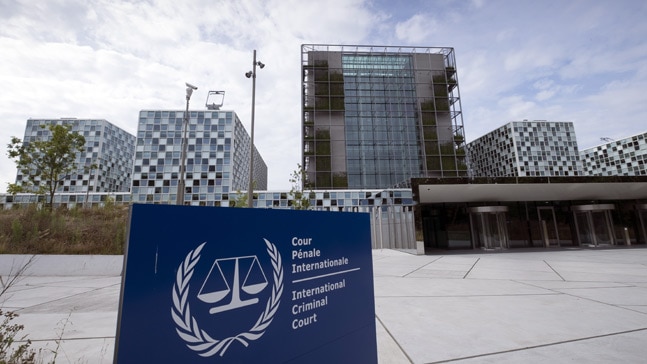 The International Criminal Court or ICC, exists to allow trials on individuals who are responsible for war crimes, genocide, crimes against humanity and, the crime of aggression. Eg: It can prosecute Vladimir Putin alone.

Whereas the ICJ can conduct and mediate legal disputes between member states of the United Nations. Eg: Russia and Ukraine; who are both member states.

WHY IS ICJ INVOLVED? 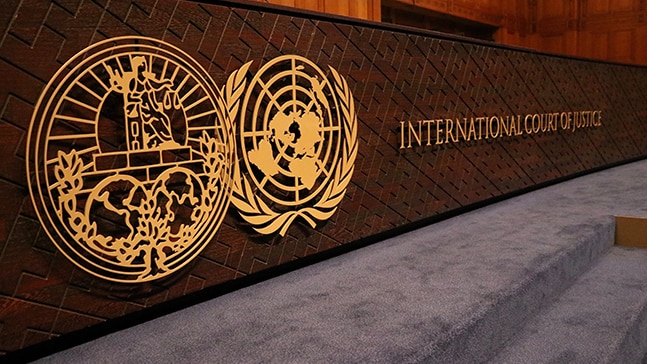 Russia and Ukraine had signed a treaty in 1948 called the Convention on the Prevention and Punishment of the Crime of Genocide, and this treaty names the ICJ as the forum for resolving disputes between signatories.

The ICJ is the highest court for resolving disputes between UN's member states, and though the resolution takes years, it has a fast-track procedure to provide "provisional measures". Ukraine has now urgently requested for provisional measures to avoid irreparable harm and damage of their country, civilians and lives. The court's provisional measures can prevent a situation from worsening, and is usually considered before considering more fundamental questions like jurisdiction, or the case's merits.

WHAT IS THE ISSUE BEING PRESENTED? On February 26, Ukraine complained against this, as this was a so-called ruse of Russia and was not a lawful basis to take action. Ukraine accused Russia of conducting genocide in Ukraine and mentioned that it is purposefully injuring and killing Ukranians while also contravening this 1948 treaty.

Ukraine has submitted its application against Russia to the ICJ. Russia must be held accountable for manipulating the notion of genocide to justify aggression. We request an urgent decision ordering Russia to cease military activity now and expect trials to start next week.

Ukraine also requested that the Court “call upon the Russian Federation to immediately halt all military actions in Ukraine”. The court obliged and communicated the same to Russia, but it looks like Russia was in no mood to listen to the court as the Russian ambassador to the Netherlands indicated that his government does not intend to participate in the present proceedings. And it turned out exactly the same way.

The ICJ indicated that it would hold public hearings on March 7 and 8 on the application for provisional measures. Ukraine hopes that the Court will issue a declaratory order or judgment within the next three weeks.

PRESS RELEASE: the #ICJ will hold public hearings in the case concerning Allegations of Genocide under the Convention on the Prevention and Punishment of the Crime of Genocide (#Ukraine v. #RussianFederation) on 7 and 8 March 2022 https://t.co/CPTJJQ1U7L pic.twitter.com/wDWUqgJn3w

WHAT DID THE UKRAINE TEAM SAY AT THE ICJ?

Ukraine's envoy at the ICJ had fiery statements against Russia at the public hearing that lasted for about 3 hours 40 mins. You can watch it here:

"Putin lies and Ukrainians, our citizens, die."Anton Korynevych is representing Ukraine in the case against Russia at the UN's International Court of Justice (ICJ) asking for orders to Moscow to halt the invasion. 1/ pic.twitter.com/rgobUyCD1w

2. The Ukrainian envoy Anton Korynevych said, "The fact that Russia's seats are empty speaks loudly. They are not here in this court of law: they are on a battlefield waging an aggressive war against my country. My message to Russia -- let us settle our disputes like civilised nations. Lay down your arms and put forward your evidence." He also mentioned how ''millions are in danger'' from the Russian attacks. He said, "Russia must be stopped. And the court has a role in stopping it.''

3. Harold Koh, a professor of international law at the Yale University and a member of the Ukrainian delegation, urged the judges to order an injunction, “You have the means. The world awaits your actions.”

4. David Zionts, another member of the Ukrainian delegation said, “Ukraine comes to this court because of a grotesque lie and to seek protection from the devastating consequences of that lie. The lie is the Russian Federation’s claim of genocide in Ukraine. The consequences are unprovoked aggression, cities under siege, civilians under fire, humanitarian catastrophe and refugees fleeing for their lives.”

5. Jonathan Gimblett, a member of Ukraine's legal team, spoke about the nuclear impact of the war, which requires immediate action. He said that Moscow's "military aggression could have resulted in a new nuclear catastrophe affecting not only Ukraine or Russia, but potentially a vast surrounding area". He added that Russia "today is resorting to tactics reminiscent of medieval siege warfare, encircling cities, cutting off escape routes and pounding the civilian population with heavy ordinance".

6. Oksana Zolotaryova, a Ukrainian representative said, "As I am speaking, the Russian Federation continues its relentless assaults on our cities, on our towns, on our villages, on our people." She went on to add, "We don’t know yet the true number of Ukrainians that Russia has murdered in the past 11 days. We can only guess how many more will be murdered in the next 11 days if this senseless aggression does not stop."

7. Ukraine asked for provisional measures because it could fall under 'irreparable harm and consequences'.

Multiple sculptures wrapped in plastic in center of Lviv to preserve its history as Russia Attacks Ukraine. Statues of Neptune and Greek goddess Amphitrite along with nearby statues of the classical deities Adonis and Diana were seen wrapped up.#RussianUkrainianWar pic.twitter.com/cbQcRNgVcu

Many statues in the old quarter of Lviv, in western #Ukraine, have been wrapped up to protect them from potential bombing. Nearby, a carpenter boards up the windows of a hotel. Everywhere you look there are men in uniform, heading out for the capital Kyiv and the eastern front. pic.twitter.com/vVLHgfIgYp

8. Ukraine referred to ICC's decision of conducting an investigation into the situation in Ukraine as ICC found a "reasonable basis" to believe that war crimes and crimes against humanity have been conducted.

? Statement of #ICC Prosecutor #KarimAAKhanQC on the Situation in #Ukraine: “I have decided to proceed with opening an investigation.” Read more ⤵️ https://t.co/kaeoq4oEuq

9. Ukraine has also documented the use of cluster bombs by Russia and has deployed its TOS-1 thermobaric rocket launchers which produce longer blast waves than conventional bombs.

10. Ukraine also referred to UNHCR's latest figures, which showed that a million and a half people are now living as refugees in neighbouring countries, which in turn will have consequences.

A powerful image, Republic of Moldova ?? President @sandumaiamd hugging an arriving refugee from Ukraine at the border. We are stronger together and we have a collective moral imperative to maintain peace @UN_Spokesperson @Refugees pic.twitter.com/I8BxXyW0UP

11. Russia has also tried to deprive Ukraine of fuel by attacking various fuel depos and releasing vast clouds of toxic smoke into the atmosphere.

Though Ukraine has requested for urgent action, ideally Russia needs to fight these accusations if they are so right. But since there was no one from Russia to counter-argue these statements, and if Russia refuses to appear at the next hearing, ICJ will give its decision based on these one-sided statements.

Aaaand we are done! Assuming there will be no hearing tmrw because #Russia is refusing to appear. #ICJ will render its decision ASAP, in public sitting. pic.twitter.com/oZuZKF1n7j

Russia and Ukraine are in the middle of a bitter war that has stretched on for nearly two weeks now.

#Ukraine war, #International Court of Justice, #ICJ, #Icj russia ukraine
The views and opinions expressed in this article are those of the authors and do not necessarily reflect the official policy or position of DailyO.in or the India Today Group. The writers are solely responsible for any claims arising out of the contents of this article.