With Swami Prasad Maurya and RK Chaudhry leaving the party, the BSP supremo is being forced to recalculate her options.

The BSP supremo Mayawati is not known to be very fond of watching cricket matches on television. But she has always been the Captain Cool of men in blue in the Uttar Pradesh politics.

Having a vice like grip, she hardly ever needed TV to keep track of what was going on in her team.

But suddenly, things have changed.

She now needs TV and media reports to keep a tight vigil on her boys. Captain cool is sweating in the sweltering heat of the run-up to the UP polls.

And, not without reasons. 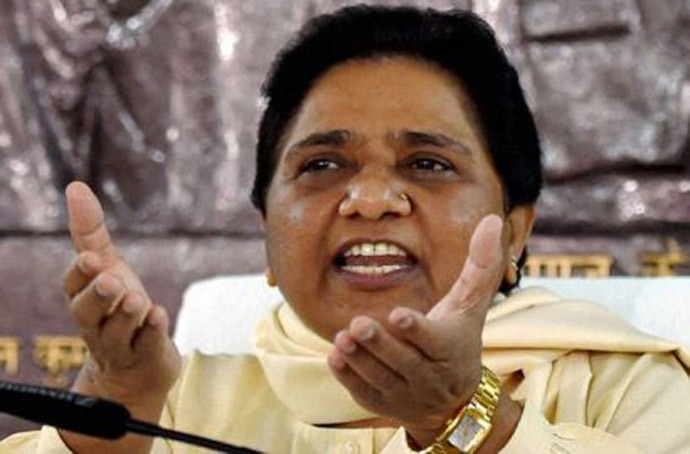 Mayawati is on the defensive in Uttar Pradesh after exodus of leaders from BSP.

In cricket, it's never a good thing to lose a wicket. More so, in slog overs. When the match is tight, opposition strong and the contest is the semi finals, guarding your wickets can become as important as scoring runs. Losing a wicket in the last few overs can drastically change the fate of a match, even if the batsman is not a top scorer.

Similarly, nobody can dispute that the Assembly elections of Uttar Pradesh, being called the semi finals of 2019, is a tough and thrilling match. But team Mayawati is certainly not in the best of form.

Last week, it was the leader of opposition Swami Prasad Maurya who hung up his boots on BSP, as Mayawati, seething with anger, watched helplessly.

This week, it was former minister RK Chaudhry, who walked out, leaving her captain disillusioned.

Two wickets down in two weeks. With reports coming in that many more may follow suit. 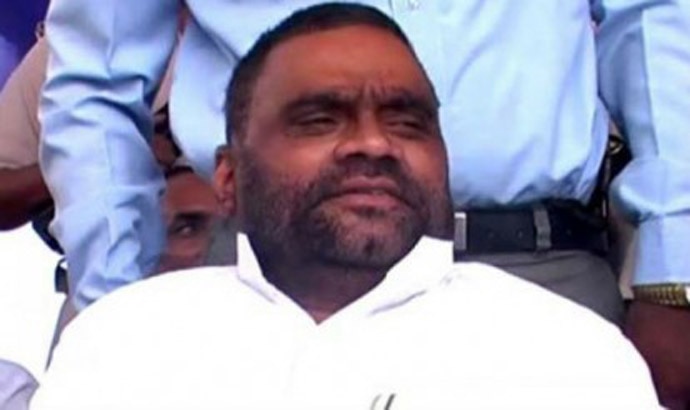 Swami Prasad Maurya's exit from BSP has been much dramatised.

On Friday, it must not have been a pleasant sight for Mayawati when TV channels began beaming the visuals of the impressive show of strength that Swami Prasad Maurya had managed to put up barely a week after quitting the BSP.

Also read: How Swami Prasad Maurya is keeping both SP and BJP guessing in UP

Having served Mayawati for decades, Maurya now has plans to tranquilise her elephant to halt Behenji's march to victory. With good following among the politically important Kushwaha-Maurya caste, he has the ability to dent the chances of Mayawati coming to power.

He is likely to announce his new political party on September 22 when he plans a massive rally in Lucknow. Calling Mayawati "gaddaron ki nani" (grandmother of traitors), Maurya wowed to teach the BSP supremo a lesson by bringing together all the leaders fed up with her dictatorial tactics. RK Chaudhry has a substantial support base among Dalits in Uttar Pradesh.

If there is Swami Prasad Maurya to dent Mayawati's OBC vote bank, RK Chaudhry, who comes from Dalit Pasi community, has his own plans to take on the leader. Four times MLA and a former minister, RK Chaudhary may not be as prominent as Maurya, but he comes from the same Dalit community which is the core electoral base of Mayawati.

This is for the second time he has jumped off the elephant's back. Way back in 2001, after quitting BSP, he had formed his own political outfit called Rashtriya Swabhiman Party, but it did not go too far. So he decided to bury the hatchet and merge his defunct party with BSP in 2013 to begin a new inning with Behenji.

But little did RK Chaudhry know that his new inning as a batsman in BSP would begin with facing a fierce bouncer. He was asked to pad up for a contest in Lok Sabha election at a time when the Modi wave was sweeping across the Hindi heartland.

Like many others, he retired hurt and was sitting quietly, looking for an opportunity to bounce back. He saw it in the upcoming Assembly elections.

But the problem started when he aspired to become a candidate in Assembly elections from the same Mohanlalganj seat. Mayawati was in no mood to oblige.

RK Chaudhry or Swami Prasad Maurya may not be big and powerful enough to take on Mayawati's elephant on their own. But they are posing as the real torchbearers of Kanshiram.

Allegations of money for ticket is not new to Mayawati. But this time it may hurt.

A combative BJP is leaving no stone unturned to capture her turf. Timing, in politics and cricket both, is the most important thing.

Captain Cool Mayawati is certainly on the back foot.

#RK Chaudhry, #Swami Prasad Maurya, #Mayawati, #UP Assembly Polls
The views and opinions expressed in this article are those of the authors and do not necessarily reflect the official policy or position of DailyO.in or the India Today Group. The writers are solely responsible for any claims arising out of the contents of this article.