The government showed no study or report to explain how the economically backward are being denied opportunities. Even then, it faced no serious discussion or intellectual challenge.

I remember the day when Pramod Mahajan explained to me how debates in Parliament were becoming shortsighted and were being conducted without putting much heart into them.

During the conversation, he referred to the debate on allowing live telecast of Parliament proceedings and mentioned that it took the British Parliament six months to decide if the BBC should be allowed to televise the debates as there were concerns over how debating on TV could impact MPs' behaviour in Parliament.

However, in India, the decision was taken in a day's time. Nearly all the parties passed a constitutional amendment to provide reservation on the basis of economic criteria after just half a day's debate. (Photo: PTI)

Talking about the immediate effects of the decision, Mahajan explained that once the debates started being televised, disruptions in Parliament became a regular occurrence. As per Mahajan, it was because many MPs wanted to prove to their constituents that their representatives are active in Parliament and do not simply sleep during the proceedings.

But jokes aside, what Mahajan was really trying to say was that Parliament should spend more time discussing major policy changes. Even if the decision is not politically important, it may have a lasting impact on society.

When nearly all the parties passed a constitutional amendment to provide reservation on the basis of economic or financial position after just about half a day's debate, I was reminded of the conversation with Mahajan. 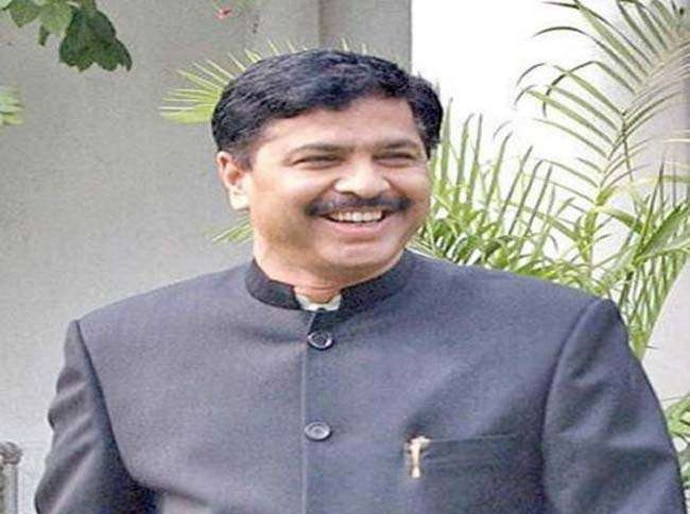 Would Pramod Mahajan have approved of the swiftness with which the new quota decision was taken? (Photo: PTI)

The NDA government brought in the amendment to introduce economic criteria in Article 16 of the Constitution. The article basically spells out equality of opportunity in matters of public employment. And its Section 4 allows the state to provide provision for the reservation of appointments or posts in favour of any backward class of citizens.

As this amendment was made during PV Narasimha Rao’s time, the 10 per cent quota notification for the economically backward by his government was struck down by the Supreme Court as it said that it may not be permissible to debar a citizen from being considered for appointment to an office under the state solely on the basis of his income or property-holding.

Of course, the Narasimha Rao government was trying to bring in this quota to counter the Mandal movement. Even then, the government was not able to provide a basis for this 10 per cent reservation. There was no study or report to show how the economically backward are being denied opportunities – and if the lack of opportunities is the basis of their backwardness.

The notification, however, was later struck down because of technical issues. But now, the government has done away with these technical difficulties by bringing it as a constitutional amendment.

It was expected that it will come up during the Parliament debate as to how the government reached the conclusion that the remaining castes and communities which are out of the purview of the reservations should be given reservation through economic criteria. The government has not been able to provide a completely clear basis for this 10 per cent reservation. But who's asking? (Photo: PTI)

Through the debate, it wasn't clear as to how the income criteria of rupees eight lakh per annum or the residence clause of smaller than 1000 sqft were reached. Neither was there any clarity if this quota will be dominated by a strong urban middle class or if it will reach the ones that actually need it – as happened in the case of OBC reservation, where stronger castes have taken a bigger slice of the pie, leaving literally nothing for smaller or weaker castes in the same category.

Interestingly, the intention of the government emerged quite openly when Ramvilas Paswan came out supporting the government’s move to bring in this amendment, on the last day of Parliament. Explaining why there wasn't a need for getting into a detailed report, he said, "When there is no will, there is a survey".

Surely, the champion of Mandal forgot the work of the commission in getting 27 per cent reservation for OBCs and the 1947 report on minority rights, which paved the way for constitutional reservation for SCs and STs.

Now, there is no doubt that the government’s intention to bring in this 10 per cent quota is to win over upper castes votes – especially Rajputs, Brahmins, Jats, etc.

Looking at the results in Rajasthan and Madhya Pradesh, no other political party was even willing to take the slightest risk of asking for a proper debate.

This was the first time any government was making a serious attempt to shift from representation-based reservations. All the earlier reservations were based on the principle of giving representation to the castes on the basis of its population. The idea was that lower castes shouldn’t be under-represented in government jobs and there should be an opportunity in education for the oppressed classes. There appears to be no one who wants to debate this drastic change in the reservation policy. (Photo: PTI)

Look at government jobs statistics in Maharashtra, nearly 68 per cent of the jobs are now taken by SCs, STs and OBCs, whereas a remaining 32 per cent are taken by others like Marathas (who have just got a reservation of 16 per cent), Brahmins, Muslims, Jains, etc.

This was made an issue by the Maratha community when they started demanding reservation. They expressed worry over how their opportunities in the general quota are also apparently being eaten up by those from lower castes who already have around 52 per cent reservation in the state.

But interestingly, most of the jobs in the open category, as claimed by upper castes, which are taken by reserved communities are of class 3 and 4 type in government – jobs for which there are doubts that people from the upper castes even try and apply for. And that’s why it becomes important to know whether this 10 per cent quota will actually be beneficial and, more importantly, what the basis of the decision to decide the 10 per cent quota is.

However, when today many feel that reservation as a policy is being abused, there appears to be no one who wants to debate it.

It appears that the BJP knows this very well and is taking political advantage of the situation. Yet, it would have been better if a proper debate had taken place before finally shifting from the essence of the reservation policy led by the forefathers of the Constitution.

Post your comment
#Reservation, #Supreme Court, #Parliament, #Mandal commission
The views and opinions expressed in this article are those of the authors and do not necessarily reflect the official policy or position of DailyO.in or the India Today Group. The writers are solely responsible for any claims arising out of the contents of this article.