Political will is now needed to give the Indian Army a free hand.

The time for talking is over.

This is what I wrote here a year ago after a series of Pakistani proxy terror attacks: "National security advisor (NSA) Ajit Doval will host his Pakistani counterpart Sartaj Aziz in New Delhi for talks on August 23, 2015. When he meets Aziz, Doval should stop exchanging dossiers. His message should be short and sharp: 'Last chance. After this, our guns will do the talking.'"

That time has arrived.

In January 2016, India's resolve was tested again with the Pathankot terror attack. Instead of executing a proactive strategy following that attack, India blundered. We invited a joint investigation team (JIT) from Pakistan that included Inter-Services intelligence (ISI) officers to probe the Pathankot strike.

After the terror strike on an Army camp in Uri on September 18 that killed 20 Indian soldiers (with several critically injured jawans still in hospital), there are signs that - finally - an inflection point has been reached.

Proxy terrorism is a low-cost, low-risk strategy for Pakistan. It loses none of its regular army soldiers. Instead suicide bombers drawn from young radicalised men in poor families are used as fodder. 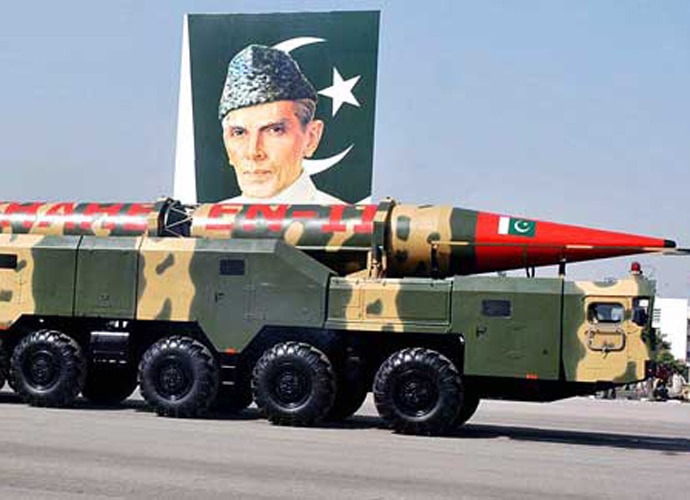 It can't be business as usual. (Photo credit: Reuters)

The rewards are many for a Pakistan that is an economic also-ran with a GDP one-tenth of India's. Its Punjabi-led military is tied up fighting multiple insurgencies within Pakistan. Proxy terror allows Islamabad to keep India off-balance with minimum effort and at minimum cost to itself.

Historically India has never retaliated militarily against Pakistan-sponsored terrorism. Islamabad rattles its nuclear sabre periodically to ensure that India's political and military establishment is silenced after every terror strike on Indian soil. The country's "peace constituency", including Track 2 regulars, has long been subverted by ISI largesse.

Islamabad's nuclear threat is of course bogus as my article here on September 4, 2015, pointed out. Pakistan has gamed Washington for 15 years, and India for much longer, with its nuclear bluff. After Uri, this charade must end.

As I wrote on these pages and in Mail Today, "Pakistan has proved that terrorism pays. It extracts billions of dollars from the United States even as it funds terrorist groups that kill American soldiers. India is the biggest victim of this toxic US-Pakistan axis of convenience. America will always stop short of declaring Pakistan an outlaw state. Rawalpindi is thus emboldened to use jihad as an inexpensive means to counter India's conventional military superiority.

"Talking about terrorism, won't stop terrorism. Only imposing an unacceptable cost on Pakistan will. India imposed such a cost on cross-border mortar shelling. It has reduced dramatically over the past year. Proxy terrorism is obviously a more complex challenge, but the same basic principle of deterrence and inflicting pain applies. Peace through strength has worked on the border. It can work on proxy terrorism if a clear-eyed policy on Pakistan is applied consistently."

The Indian Army has borne the brunt of Pakistan-sponsored terror attacks for years. Political will is now needed to give the Army a free hand. Lightning cross-border raids can inflict punishment on Pakistani terror assets with manageable risk of escalation.

There will be outrage in Rawalpindi and threats of a nuclear conflict. Ignore the bluster. Short, sharp military strikes by the Indian Army will impose costs on Pakistan with no credible possibility of a wider conflict. Just as India silenced Pakistani mortars on the LoC by imposing 10x level of casualties on its Rangers, inflicting pain is the only way to deal with a terror state.

Following the Uri terror strike, home minister Rajnath Singh said: "Pakistan should be indentified as a terrorist state." In a meeting held by the prime minister with key ministers, the NSA and the Army chief on September 19, it was decided to "isolate Pakistan in every diplomatic forum."

For the rest of the world to take that intent seriously, an immediate downgrading of Pakistan's diplomatic status is necessary. Countries don't have full diplomatic relations with terrorist states.

Withdraw Most Favoured Nation (MFN) status to Pakistan: you can't call for a country to be designated a terrorist state and still retain MFN status for it.

Meanwhile, build up our covert operations capabilities. Ajit Doval has had 28 months to do this. The clock is ticking. These must supplement the short, sharp surgical strikes that should be launched in Pakistan-occupied Kashmir (PoK) which is legally Indian territory.

Most Laskhar-e-Taiba (LeT) and Jaish-e-Mohammad (JeM) terrorists are trained in PoK. India's cross-border military raids should focus on destroying terror infrastructure, however mobile and temporary, on what is Indian soil.

It can't be business as usual. If India lapses into the usual rhetoric and inertia after a few days of outrage, another Uri lies just around the corner.

#Indian Army, #Pakistan, #Uri attack
The views and opinions expressed in this article are those of the authors and do not necessarily reflect the official policy or position of DailyO.in or the India Today Group. The writers are solely responsible for any claims arising out of the contents of this article.