Joan Baez on why she's rooting for Bernie Sanders

I would be making this decision for only the second time in my life. The first time was for Barack Obama.

I've had conflicting feelings as to whether or not I should officially endorse Bernie Sanders as the Democratic nominee for president of the United States.

I would be making this decision for only the second time in my life. The first time was for Barack Obama, the master of the spoken word whose brilliance (and smile) brought people together and ignited our spirits for the first time in decades. Aside from endorsing Barack Obama, I have refused to step into the arena of party politics. 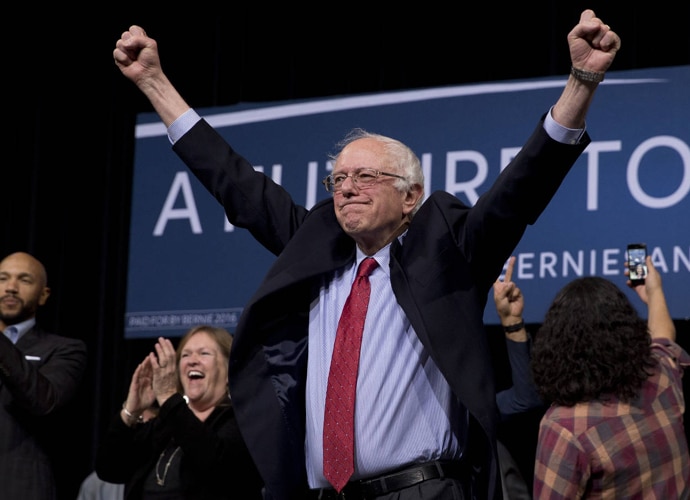 My choice, from an early age, has been to engage in social change from the ground up, using the power of organised nonviolence. A distrust of the political process was firmly in place by the time I was 15. As a daughter of Quakers, I pledged my allegiance not to a flag or a nation state but to humankind, the two often having little to do with each other.

Ideally, both Obama and Sanders could have used their unique gifts to build a grassroots movement, sidestepping the Oval Office and going directly to the streets to organise from the sidewalks, street corners, living rooms and churches. Gandhi himself refused to be part of the newly formed Independent Indian government after he led the country to independence, and remained committed to non-violent opposition.

Can a true political revolution ever start from within the party system? It does seem like an insurmountable contradiction. And to imagine that more than a fraction of Bernie's agenda could ever come to fruition is probably setting expectations too high.

Yet Bernie has won my heart. He supports causes in which I have been personally involved for decades. I take great strength from his firm stance against the death penalty, (amazing!) his belief that Palestinians should have a place at the bargaining table, (unheard of!) his understanding that the prison system must transform its agenda from punishment to rehabilitation, his desire to treat immigrants as human beings, and of course by his grassroots funding and astonishing refusal to sell himself to the devil on Wall Street, or anywhere else for that matter. I am profoundly moved by this elder statesman, his compelling honesty, and his ability to engage young people.

Why am I not spending my time trying to woo Bernie into grassroots organising? For the moment I'm going with my heart, which I mentioned, he has won. I am not sold on "the system" and never will be. I'm sold on the guy from Brooklyn.

I've learned a lot while writing this piece. I know that I am ambivalent about supporting someone who will be thrown to the lions if he wins. He is a lion in his own right, and I want to see him win. Not just to conquer the growing evil in the other party, but also to see what he can do to bend the system towards a less corrupt and more generous country than we are at present.

I joyfully and wholeheartedly endorse Bernie Sanders to be the nominee for the Democratic Party in the 2016 Presidential Election.

Post your comment
#Joan Baez, #Donald Trump, #Bernie Sanders, #US Presidential Elections
The views and opinions expressed in this article are those of the authors and do not necessarily reflect the official policy or position of DailyO.in or the India Today Group. The writers are solely responsible for any claims arising out of the contents of this article.

The writer is an American folk singer, songwriter, musician, and activist.