Known to shun media, Rajasthan CM baffles journalists by inviting them for lunch

She announced another change to her routine - movie get-togethers.

It was an informal meeting over lunch, the first ever hosted for the media during her current tenure. The host? Vasundhara Raje, chief minister of Rajasthan. The venue was 8, Civil Lines, the official chief minister's bungalow, which she had abandoned for number 13 that was allotted to her as former CM in which she spent the last five years and made changes to suit her royal taste.

So journalists got a chance after three years to get into what was once the seat of power in Rajasthan on November 23.

As usual, whenever she (rarely) plays host, Raje extended every courtesy and exhibited enough warmth for an informal gathering where she said she actually liked to have mediapersons without their usual burden of notebooks. She visited every table, spent a few minutes on each to say hello to everyone, and exchanged pleasantries. It is pleasant weather in Jaipur, just perfect to have lunch in the sprawling outdoors.

Why now? Was the question many mediapersons asked each other. Raje, in her second tenure, is seen as more inaccessible than her previous one, that was between 2003 and 2008, including to those whom she was previously cold too and that is true for mediapersons.

Of course, sometimes, she does call the media and grant interviews, often on occasions decided by her.

One of it is invariably when she celebrates one year in power. That will be on December 13. So, one can conclude that one certain reason for the lunch was that Raje is about to complete three years at the top, though her aides insist that she was keen to host the gathering on Diwali but postponed it as she was recovering from chikungunya and an accidental fall.

Besides the fact that she wanted to pacify the media - angry over being consistently kept at an arm's length - so as to not get vengeful coverage on completing three years in power, Raje is apparently also eyeing the Assembly polls due in December 2018.

All she has with her is a fourth year to get coverage on what she has done for the state (often people start making up their minds around this time on the anti-incumbency sentiment or whether to return the ruling government to power.) 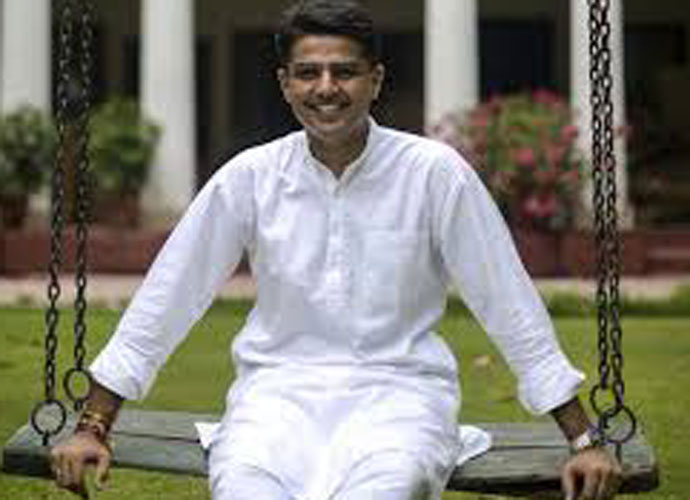 So unless last-minute developments change the mood of the voter, it is media coverage of a government from the fourth year onwards that helps people take a decision.

It seems Raje realised this well in time.

She announced another change to her routine - movie get-togethers. Well, in her first tenure, she invited mediapersons along with MLAs at the end of most Assembly sessions to watch a movie together with dinner, often served during interval or at the end. This time, she invited only MLAs. And mediapersons were shunned even on roza iftaar.

Of course, we don't know who has been advising her to ignore personal interaction with the media or maybe it was her own decision - but given her excellent communication skills and ability to strike a rapport even with adversaries, this informal lunch with mediapersons was long overdue.

Moreover, there was an exception from the Congress too. Sachin Pilot, PCC president, invited select mediapersons for high tea during the Diwali Milan early this month. His predecessors never did this, though they often organised Eid Milans. Ashok Gehlot, former Congress chief minister, often hosted a New Year lunch, mostly when not in power.

Raje's lunch was simple and only vegetarian dishes were served. Liquor and non-vegetarian meals are mostly kept off menus in official functions as the local media makes a big issue of any violation of this practice.

There were few officials and those too mostly from Raje's personal staff. And fewer politicians. Ashok Parnami, president of the state BJP, was the only prominent one who interacted with the mediapersons before Raje arrived, and sincerely noted down their feedback promising to convey it to the high command. On what? Obviously, the effects of demonetisation.

A few took selfies with her, some others got photographed. As expected, it all ended well with Raje leaving all smiles and promising more informal meetings, including over movies, and, what most journalists were looking for, a promise to give interviews and take questions.

Also read: What BJP and Congress can expect in Rajasthan Assembly polls

#Rajasthan Polls, #Vasundhara Raje
The views and opinions expressed in this article are those of the authors and do not necessarily reflect the official policy or position of DailyO.in or the India Today Group. The writers are solely responsible for any claims arising out of the contents of this article.