From Silk Smitha to Shinde, Vidya Balan has shattered the glass ceiling with her versatility and craft

The actress was a feminist icon long before we knew the meaning of feminism.

Project director Tara Shinde’s reference to poori-frying with the gas switched off to explain how the orbiter's fuel can be saved is the most talked-about sequence from Jagan Shakti’s space drama, Mission Mangal. Vidya Balan plays Shinde, an ambitious, solution-finding woman fighting a war to strike the right balance between her personal and professional life.

Mission Mangal is, at a second obvious level, a feel-good patriotic film. Akshay Kumar, who leads the film's star cast, has a meaty role. However, Balan is the one who charms the viewer with her spontaneity, outshining her fellow actors in the film. Balan’s character Shinde is a tribute to women who fight to strike a balance in their personal and professional lives. (Photo: India Today)

Mission Mangal is not the first time Balan has been the best thing about a film. This won’t be the last time either. Hers is an unusual presence among female actors working in mainstream Bollywood films. It is difficult to remember the last time she had made a gaudy fashion statement. She doesn’t seem preoccupied with the thought of maintaining a picture-perfect, ramp-friendly figure.

What Balan does have, is a huge wealth of talent. She has been frequently impactful in big-budget entertainers. Her near-flawless performances in small-budget films have propelled several of them to critical and commercial success.

Articulate and unassuming, Balan is the antithesis of the typical Bollywood Page 3 celebrity. She is known as a diligent actor, who aspires for fulfilment by opting for projects with well-scripted characters for her. Her filmography indicates that roles of substance have come her way. She hasn’t prioritised big-budget films, which has given her opportunities to work in good, modestly budgeted projects. Shattering the glass ceiling: Vidya has proved that being an actress in Bollywood, requires talent — not a picture-perfect ramp figure. (Photo: India Today)

The actor has walked down the challenge-strewn path of diversity with interesting outcomes. In Suresh Triveni’s comedy-drama Tumhari Sulu (2017), she is Sulu, a homemaker who becomes a radio jockey on a late night relationship advice show.

She sparkled in her role — just like she did in Rajkumar Hirani’s comic masterpiece, Lage Raho Munnabhai, (2006). In the Hirani film, she is Jahnvi, also a radio jockey, whose voice Munnabhai falls in love with. Both these roles had the appeal than won over the viewers’ hearts.

R Balki’s Paa (2009) was a sensitive film focussing on Amitabh Bachchan, who won many hearts as Auro, a youngster suffering from a rare condition called progeria. As Dr Vidya, a gynaecologist and mother of Auro, Balan excelled in her role. Applauded by critics and viewers alike, the much-feted film showed that she could play complex roles in offbeat films with consummate ease. Next, she made the viewers appreciate her authoritative performance in the Abhishek Chaubey-helmed freewheeling black comedy, Ishqiya (2010). In the film, she is Krishna Verma, a scheming and wily woman two men fall in love with. It is impossible to figure out what is going on in her mind, which Balan expressed marvellously with a performance worth writing home about.

Forever on the lookout for challenges, the actress was convincing in Raj Kumar Gupta’s No One Killed Jessica (2011), a film based on the widely reported Jessica Lal murder case. As Sabrina Lal, Jessica’s sister, Balan’s character is at the centre of a tough legal battle that seeks justice for her murdered sister. Hers was an understated performance, which is what the grim drama needed from her.

The actor surprised her fans by playing the provocative protagonist in Milan Luthria’s tragic drama The Dirty Picture (2011) in which she is Silk, an actress who markets her sexual appeal without inhibitions. After her good days disappear, she smokes, drinks and eventually commits suicide. Balan portrayed the crests and troughs in the actor’s eventful life with self-belief, which was universally admired. 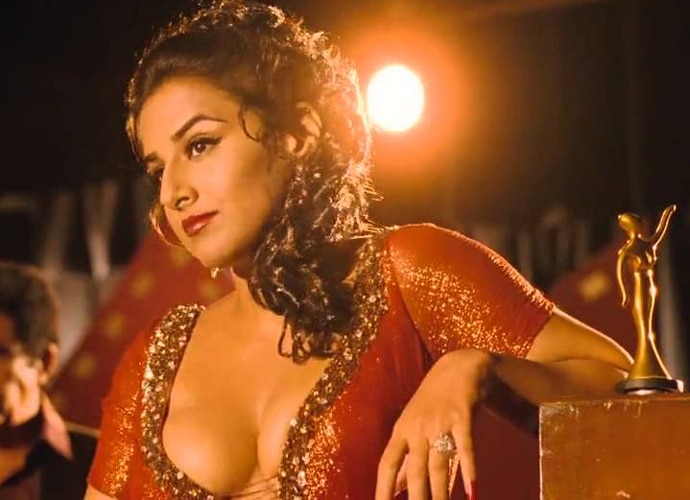 Critics have been mostly kind to her, which is not surprising. That she has experienced quite a few failures at the box-office is equally true. That said, Balan has also chosen several well-written scripts, which have resulted in surprising hits that have received ample critical acclaim.

In Sujoy Ghosh’s Kahaani (2012), a fine mystery with a completely unexpected climax, she is Vidya Bagchi, a pregnant woman who comes to Kolkata from London in search of her missing husband. It is later revealed that she has a prosthetic belly and is pretending to be pregnant, while her goal is different from what seems to be the case for the most part. Balan struck all the right notes in the film, which made viewers gravitate to the ticket counters nationwide.

Kahaani 2: Durga Rani Singh (2016), the sequel, was modestly successful. The plot wasn’t as well-knit as that of its predecessor. In the film, she is Vidya Sinha, a working-class mother, who wants to make sure that her paralysed daughter walks again. The reality, however, isn’t that simple. Critics weren’t generous in their evaluation of the sequel, but few questioned the fact that she had been brilliant once again. The writing of the sequel to Kahaani wasn’t as good as the previous one, but Vidya was equally flawless. (Photo: India Today)

Balan has travelled a long way after making her Bollywood debut with Parineeta (2005), a Pradeep Sarkar film. Playing Lalita, an orphan whose friendship with a man would evolve into love, she successfully proved that choosing her for the role in spite of her inexperience was the right decision.

It’s been years since Parineeta hit the marquee. However, Balan continues to impress everybody with her impeccable performances from time to time. She is immensely talented, in fact, possibly the best actor of her generation working in mainstream Bollywood films today.

What she does need are more well-written roles that utilise her capability meaningfully. Such roles can be written for mainstream big-budget entertainers as well as for small-budget films. Given her track record, we can expect her to sign on the dotted line for any kind of film — as long as it has a promising script.

Post your comment
#Vidya balan dirty picture, #Vidya balan mission mangal, #Vidya balan actress, #Vidya Balan
The views and opinions expressed in this article are those of the authors and do not necessarily reflect the official policy or position of DailyO.in or the India Today Group. The writers are solely responsible for any claims arising out of the contents of this article.