The tainted tycoon has constantly beaten the system and exposed it for what it is: weak and ineffective.

Enforcement Directorate has speeded up its proceedings against Vijay Mallya who has over Rs 9,000 crore of outstanding loans to 18 banks. After attaching Mallya's eight properties and one bank account, it has got the courts to declare Mallya as a proclaimed offender. All this may give a sense that the law is finally catching up with Mallya but in reality it's a case of closing the stable after the horse has been bolted.

How Mallya has outmanoeuvred and exploited the system can be seen in the form of the five scams that Mallya pulled off before ED even got a whiff of what was happening. These scams have been discussed below:

1. Successfully conspired to get bank loans without due diligence

The reason banks have been left high and dry today is that they advanced loans which made no economic sense and had been advanced without getting due securities. The scam investigation has revealed that Kingfisher Airlines and its officials conspired and got term loans sanctioned and disbursed without due diligence. 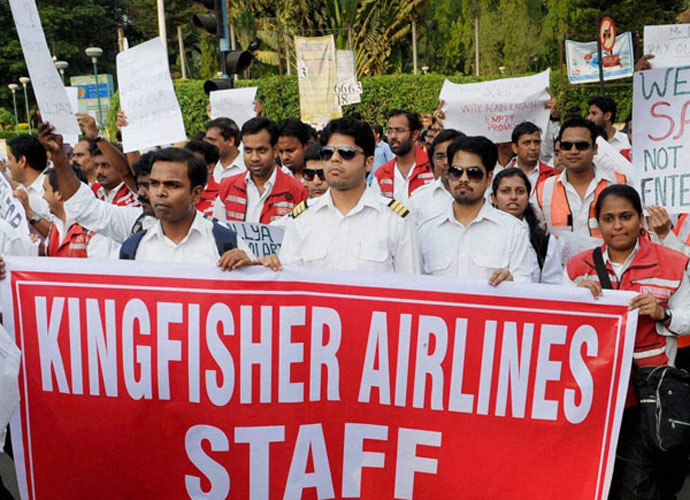 The investigation under Prevention of Money Laundering Act (PMLA), 2002 revealed that a loan amounting to Rs 864 crore was sanctioned to Kingfisher Airlines against collateral security of the Kingfisher brand, corporate guarantee of United Breweries (Holdings) and personal guarantee of Mallya. Out of the total loan, Rs 807 crore remained unpaid.

Also read: Why Mallya is in no hurry to reveal assets to SC

The corporate loan was sanctioned and disbursed despite weak financials, negative net worth, low credit rating of the borrower company, and despite the fact that the company - Kingfisher Airlines - being a new client did not satisfy the norms stipulated in the corporate loan policy of the bank.

So today a prime reason banks are left with over Rs 9,000 crore of unpaid loans is that Mallya conspired to get banks advance loans which should not have been advanced and that too without adequate securities that banks could have encashed in case of default.

Mallya's abuse of the system was not limited to getting loans that didn't satisfy stipulated norms. He also diverted these loans for unauthorised purposes without raising any eyebrows among the lenders.

A significant portion (approximately Rs 423 crore) of these loans were remitted outside India on the pretext of aircraft lease rentals and so on, without any document to prove that they were bonafide. How did the banks not realise such unauthorised diversion that further endangered the viability of their loans is a mystery that hints towards further corruption.

The whole saga of Mallya's free run with banks tells you exactly why our banking sector is going through a troubled phase. The losses that bank incur on the loans advanced to the likes of Mallya are recovered by keeping interest rates high for other borrowers, affecting lending activity and by implication investments and economic output.

3. Employees taken for a ride

Mallya's Kingfisher had been in trouble for quite sometime now. But that never took its toll on the lavish lifestyle Mallya led. He continued to make headlines for buying expensive villas, with the gorgeous calendar girls often seen around him.

Mallya had all the money in the world for the lifestyle that he had but he didn't have a penny to pay his Kingfisher employees. Many of them have their salaries unpaid and years of dedication to the company being repaid only by false promises.

Again, none of the authorities intervened strongly when Mallya was taking his employees for a ride. No politician, who otherwise leaves no stone unturned to be seen as the messiah of the labour class, was to be found anywhere when Mallya so ruthlessly exploited the employees of Kingfisher.

4. Flying abroad right under the nose of the authorities

Our government which doesn't think twice about restricting social workers from flying abroad suddenly develops cold feet when it comes to acting against big fish like Mallya. Mallya was first kept on the "look out" list but quickly taken out.

As a result, even when the highest court of the land was about to decide on Mallya, he swiftly flew abroad. Ever since he has refused to come back and face the authorities and chances are that like the tainted former IPL commissioner Lalit Modi, he too can live a life of luxury abroad even as the Indian justice system wonders how to get through to him.

5. Disposing properties which could have helped pay loans off

Even after the Mallya episode caught the attention of the entire nation, he was able to outsmart the system. It has emerged that sensing ED may be closing in on his properties, Mallya quickly disposed off 264 acres of prime land, worth crores, in Coorg. Again, this raises a question about the competence of the investigating agencies, especially considering how laidback they were to have not seen this coming and not taking steps to prevent it.

It's clear that Mallya has constantly beaten the system and exposed it for what it is - weak and ineffective against a resourceful scamster. The sad truth is that in spite of all action that is apparently being taken in the Mallya case, if history can provide any pointers, Mallya hasn't got much to worry about.

The actions against him are a case of too little too late. In fact, the compulsion of the government to be seen to be acting has created a situation where ED and other law enforcing authorirties are going after Mallya without doing their homework, thereby further strengthening his case in courts. The authorities will do well to learn from their mistakes. Otherwise Mallya will have the last laugh.

Post your comment
#Enforcement Directorate, #Kingfisher Airlines, #Vijay Mallya
The views and opinions expressed in this article are those of the authors and do not necessarily reflect the official policy or position of DailyO.in or the India Today Group. The writers are solely responsible for any claims arising out of the contents of this article.