Once known as the gentleman’s game, the sport has turned bats into weapons for hyper-nationalism and for advertising opportunities. This is now war, of a different kind.

My distaste for cricket stems not from the game itself, but the culture that surrounds the game. I stopped watching after the 1999–2000 India-South Africa match-fixing scandal, and then the birth of the IPL and further commercialization of cricket more or less put a lid of finality on it.

And now, it is the carrier of extreme nationalism in its most sordid and ugly outbreak.

The recent remark of Home Minister Amit Shah, that India’s win against Pakistan in the World Cup series is “yet another strike” carried out against Pakistan, underscores what cricket has come to mean for most Indians.

It is widely accepted that there is a close relationship between sports and nationalism. This relationship has always been visible in the concept of national sports, and the age-old popularity of international tournaments, and in the numerous methods in which politicians and groups with political agendas have sought to attach sport to national pride.

In this subcontinent, however, the history of cricket played between India and Pakistan goes far beyond the space of healthy rivalry and good-natured flag-waving competition. 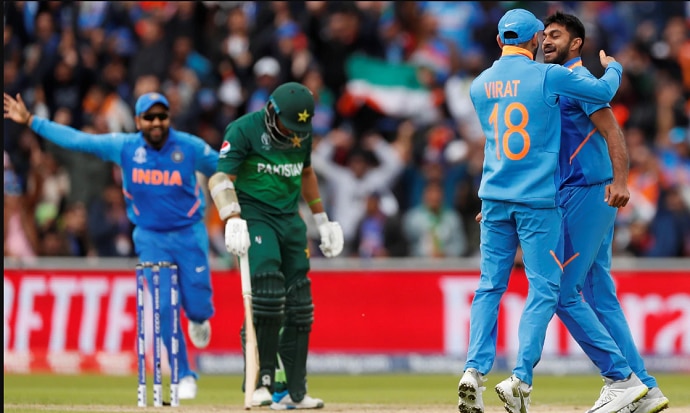 It's just a game: But India vs Pakistan matches often get too intense, both for fans and players. (Photo: Reuters)

Pakistan played their first series of Test cricket in 1952-53 in India — by which time the two newborn nations had already been at war over Kashmir during 1947-48. Ramchandra Guha observes in his book A Corner of a Foreign Field: The Indian History Of A British Sport that while there were pleas for sportsmanship from official spokespersons from both nations, and the players were received with due etiquette and welcomed in Bombay, there were hostile demonstrations in Delhi, Calcutta and Nagpur.

When Pakistan won their first Test, the second in a three-match tournament, in October 1952, the bus the Indian team was in was stoned by an angry crowd. Indian captain Lala Amarnath had to beat the mob back with a stump. Indian bowler Fazal Mahmood later recalled that the Indian players were saved by a hair’s breadth.

In 1965, when India and Pakistan fought their second war over Kashmir, the captains of the cricket teams of both countries — Pataudi and Hanif Mohammed — both playing for The Rest of The World team in England sent a telegram to both governments which read: “We wish to express deep regrets at the war between India and Pakistan. We find unity on the cricket field by reaching for a common objective. We fervently hope both countries can meet and find an amicable solution.”

Contrast this to our present day cricketers who wear army caps on the field in a show of military jingoism, or, like Dhoni, who wore gloves with Indian army insignia.

Or Virat Kohli saying that whosoever does not support the Indian side should leave India. 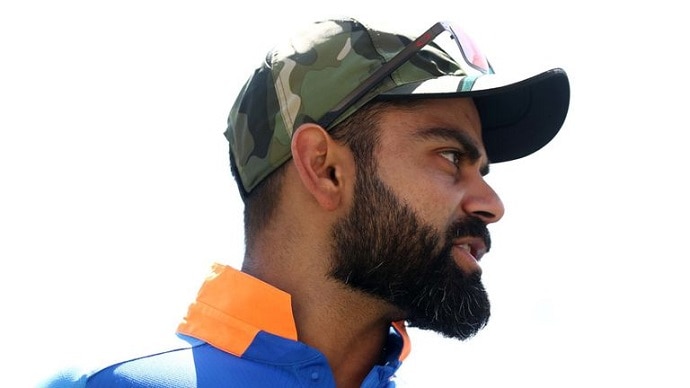 Are you soldiers? Or players? The Indian cricket team donned a camouflage cap to make a statement at a recent match. (Photo: Reuters)

To continue, five years after this, India and Pakistan were at war again, this time, over East Pakistan which would become Bangladesh — and no more matches were played again until 1978. Nationalist fervour swallowed up the Indian team again. India’s first Test win against England had not seen the kind of public jubilation it did when the team returned in 1971 after a series win against the West Indies when a euphoric crowd of 1,00,00 turned up at the airport to greet them.

When they won their next series in England, huge crowds turned out to greet them in Bombay and PM Indira Gandi gave them a rousing civic reception.

Politics had woken up to the opportunism of riding the wave of nationalist zeal.

This would be taken forward by Hindutva nationalists to a toxic level in the coming years with the rise of the Shiv Sena in Maharashtra and Bombay. In 1991, the Shiv Sena dug up the Wankhede Stadium pitch in Bombay and the Pakistan team’s tour was cancelled.

In 1993, after the bomb blast that took 250 lives in Bombay in retaliation for the Babri Masjid demolition, Sena Supremo Bal Thackeray declared, “I want them (Muslims) with tears in their eyes every time India loses to Pakistan.”

In 1999, the Sena dug up the pitch at Feroz Shah Kotla Stadium in New Delhi to protest the decision of the Board of Control for Cricket in India (BCCI) to hold the first Test against Pakistan despite warnings by Bal Thackeray.

One would assume that the fraternity that globalisation might bring dissolves the common essentials upon which nations and national identities depend for their existence and that with so much interaction among diverse populations, sports too would shed its tribal nature — one assumes wrongly. These atavistic instincts are kept alive by invested parties like multinationals and politicians whose profits rest on exploiting xenophobia. That the Indian cricket team represents the entire nation is a mistaken notion — to my mind, it represents the interests of the corporate bodies of different countries. Television channels have facilitated this alliance of cricket, hyper-nationalism and consumerism.

Satadru Sen, in History Without a Past: Memory and Forgetting in Indian Cricket, writes: “The dramatic expansion of Indian television after 1982 marked a major movement. First, by taking coverage of cricket matches into “new viewing public” the TV revolution exposed entirely new segments of the population not only to the esoteric rituals of cricket but also to the culture of athletic nationalism.”

Cricket is a lucrative popular cultural property that multinational brands encash with endorsements, sponsorships and glocal marketing. The last means that the brands play both sides of the border, pumping up a nationalist frenzy with equal opportunity advertising. The real war that is happening on this subcontinent is the war between MNCs to grab turf.

When Coke, for instance, bagged the official sponsorship rights to the 1997 Cricket World Cup, Pepsi created media history by unleashing one of the country's most successful advertisement campaigns — the 'Nothing Official About It' campaign. However, Coke had its revenge when it bagged the television sponsorship rights for the 1997 Pepsi Asia Cup.

The constant warlike situation between India and Pakistan stimulates cricket commerce. But this cynical exploitation of the game is also creating an unsportsmanlike petty culture among sports enthusiasts, not to mention the players who are falling over themselves for approval from the powers-that-be, like their star counterparts in Bollywood.

It is perhaps too late to bring back the leisurely days of grace and refinement this game personified in the field — but should this one-time gentleman’s game become weaponised in the hands of unscrupulous politicians who have taken it to yet another level of aggression?

Also read: Sania Mirza vs Veena Malik: This is exactly what two women should never do to each other

Post your comment
#Cricket 2019 world cup, #Indian Army, #Balidaan badge, #Virat kohli 2019 world cup
The views and opinions expressed in this article are those of the authors and do not necessarily reflect the official policy or position of DailyO.in or the India Today Group. The writers are solely responsible for any claims arising out of the contents of this article.