Wang, a land surveyor and soldier of the People’s Liberation Army (PLA), had crossed the border into India in 1963.

The residents of Xiaozhainan, a tiny and dusty village of corn fields in a remote part of Shaanxi province, had waited 54 years for the return of their most famous son. In truth, most had given up hope of ever seeing Wang Qi, a 77-year-old known simply to his many nephews and nieces, all born during his long exile, as their “Indian uncle”.

The story of Wang Qi’s return from India has captivated China this past week. Wang, a land surveyor and soldier of the People’s Liberation Army (PLA), had crossed the border into India in 1963, after he said he had lost his way, and was picked by the Indian Red Cross society. He was jailed and transferred between various prisons until 1969. At that point, when he really should have been sent back to China, he was instead, along with another prisoner, sent to the village of Tirodi in Madhya Pradesh.

With neither government interested in his case, he settled in Tirodi, marrying a local girl, Sushila, and making a new life for himself and raising an Indian family. His son, Vishnu, along with daughter-in-law, Anita, accompanied him on his return to China. 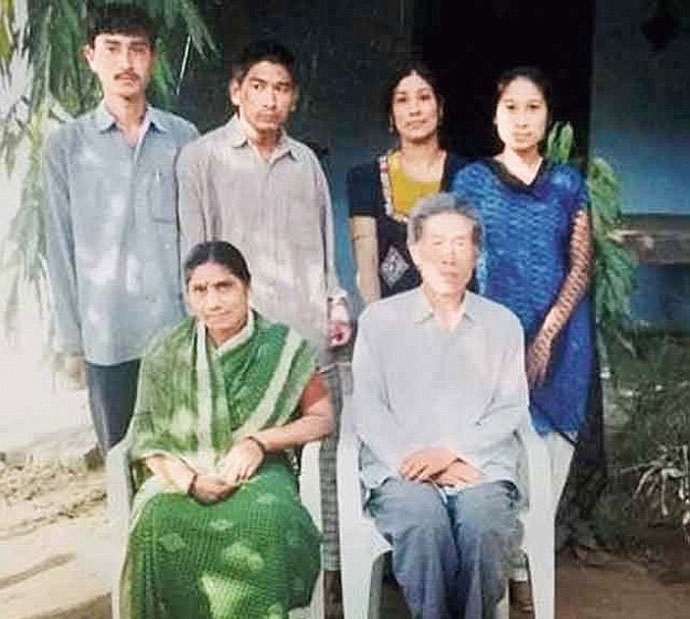 Wang Qi with his family in Tirodi, Madhya Pradesh where he has lived since 1969.

Even as he settled into his Indian life, he longed to see his family in China, especially his ailing mother, two brothers and sister. As his mother’s health worsened, his nephew, Wang Yingjun, travelled to India to see Wang. At Yingjun’s persistence, the Chinese Embassy finally issued him a passport, in 2013. But his mother would die before he could make it back to China — a regret that Wang says he will never get over.

On Saturday, Xuezhainan village was a ghost town. All its residents travelled on hired buses to the airport in Xian, two hours away, in the provincial capital. Banners were readied, bouquets of flowers procured. At a lounge in Xian airport’s VIP terminal, two of Wang’s elderly brothers sat asleep in their chairs, clearly exhausted by what had been a whirlwind few days since they heard of their brother’s long-anticipated return. They had last met when they were in their early 20s, and their entire lives had literally passed them by.

The Wang family isn’t decided yet on his future, his son Vishnu tells Mail Today. Understandably, their focus now is renewing old acquaintances. In his first week in China, Wang says what he wants to do most is spend time at his mother’s grave to pay his respects, as well as conduct Chinese tombsweeping ceremonies.

Meanwhile, Sushila, Wang’s wife, awaits his return in Tirodi; she was not well enough to travel. His old home in Xuezhainan village has been done up to welcome his return. The village is more than happy to have him stay as long as he wants, even for good.

The local government has said land will be made available. “We think it is finally up to Wang Qi,” Wang Zengwei, an official in the village Party committee, told Mail Today. “If he wants to stay here, we are happy for him to stay here.”

#China, #Wang Qi
The views and opinions expressed in this article are those of the authors and do not necessarily reflect the official policy or position of DailyO.in or the India Today Group. The writers are solely responsible for any claims arising out of the contents of this article.