The rate at which countries manufacture and purchase arms is an honest attempt to ensure that we have everything but peace.

It is interesting to observe that all countries in the world have a ministry of defence, whose prime objective is to defend/protect its citizens from external security threats and in maintaining the sovereignty of its home country.

Also many countries get into a war to claim a land which they feel is an integral part of their territory.

I personally believe that all countries should have a ministry of war rather than defence to give an honest label to their actions because ultimately this is what they get involved into, War! This linguistic dodge is an astonishing exemplification of Orwellian doublespeak.

History reveals that most of the countries before World War II had a department of war and department of navy, but in the post war era, they changed it to ministry of defence. This transformation of the name of a ministry with little change in its structure and functions is indeed fascinating.

The United States of America changed the name of its department of war to a more politically correct name "ministry of defence" in 1949. Similarly, United Kingdom changed it to department of defence in 1963; France changed it in 1947 and Germany in 1946. Following suit, several other countries also changed the name of their war departments around the same time.

The banning of war of aggressions in the charter of the United Nations after WWII was one of the prominent reasons for the renaming of department. Whatever be the exact reason this can possibly be equated with the department of peace in George Orwell’s 1984 which deliberately wages war.

Considering the current scenario, if we tweak the slogans of newspeak in 1984 to echo our war desires, it will come out as something like "War is defence", "Army is slave" and "Weaponry is strength".

However, the current scenario around the world is devastating in terms of number of wars we are indulging ourselves into. The budgetary expenditures of countries in the name of defence activities make it apparent, that these countries don’t want peace.

The recent report published by Stockholm International Peace Research Institute on April 5, 2016 includes new data on military expenditure in 2015. It states that:

"The global military expenditure in 2015 was an estimated $1,676 billion, representing an increase of about 1 per cent in real terms from 2014."

The report also reveals that India’s military spending in 2015 was $51.3 billion and it is planning to increase its military expenditure by 8 per cent in real terms in 2016.

Presently India is ranked sixth in the list of top 15 military spenders in the world with 43 per cent increase in military spending between 2006 and 2015.

The rate and amount at which countries manufacture and purchase arms and armaments is an honest attempt to ensure that we have everything but peace.

The question now arises, why didn’t they adopt a better name like "department of peace"? After all, establishing peace should be the ultimate aim of all defence activities. They could have built an army of teachers to combat illiteracy, an armoured column of doctors to provide critical care in case of medical emergencies, increased stock of food to counter malnutrition and hunger etc. 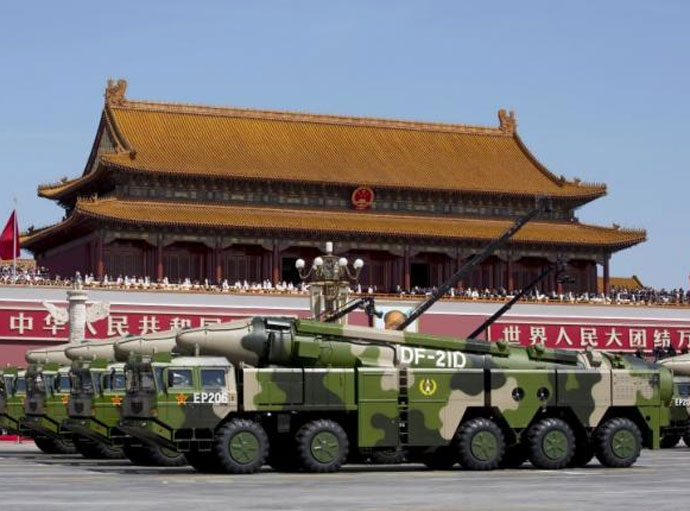 China is ranked second in the list of top 15 military spenders in the world.

In my opinion, espousing a name like "department of peace" would have enforced them to not indulge in any kind of warfare or intrusion activities. Rather it would have obligated them to fight endemic social evils. It would have put a moral obligation on countries to maintain peace.

Had they followed it, the artillery companies would have gone bankrupt, as defence needs armaments, peace doesn’t. There wouldn’t have been any Vietnam, Iran, Iraq, Afghanistan and Syria, ISIS, India-China, India-Pakistan, Kargil and numerous others.

Walzer in his book Just and Unjust Wars has argued that war against terror is necessary because all other moral options have exhausted themselves and now, in the name of justice, we must wage a war. This, unfortunately, is the popular discourse to defend violent actions of a country carried out against other countries.

There is also a wonderful song first written and sung by Tom Paxton and later performed by Pete Seeger, titled "what did you learn in school today dear little boy of mine".

This is the usual question every parent asks their kids after their kids get back home from school. The kid gives an interesting reply which rings the bell of discourses we get to hear in schools about government, police, army, wars etc. Here is a part of the reply to this standard question:

"I learned that war is not so bad;

I learned about the great ones we have had;

We fought in Germany and in France

It reminds me of Foucault’s reference to the importance of discourses on ways of constituting knowledge and construction of subjectivity, in this case terms of a country’s geopolitical interests, which can also be attached to strategies of domination on less powerful countries and resistance to counter more powerful ones to protect its citizen and safeguard its claimed territory.

Renaming of the "department of war" as the "ministry of defence" helps countries create a certain kind of discourse to defend their unjust and violent actions.

Therefore, it is essential to keep questioning the true purpose of all kinds of establishments (including such ministries) and the hidden motifs of their existence supported by discourses they feed us with.

If it is necessary to keep the name as "ministry of defence", then, we really need to understand that who are we defending ourselves against? We need to diligently identify the attacker who can be different at different points of time depending on his political and economic interests.

We need to closely observe the underlying discourses which the attacker tries to feed us for his own benefits and deface him for the greater good and to ensure peace.

It’s high time when the real elephant in the room (the attacker) is exposed and its true purpose behind its moral mask of defence is made clear by calling a spade a spade.

#Peace, #Defence Ministry, #Second World War, #Army
The views and opinions expressed in this article are those of the authors and do not necessarily reflect the official policy or position of DailyO.in or the India Today Group. The writers are solely responsible for any claims arising out of the contents of this article.

The author is an independent researcher.