Where's the Nyay? Rahul Gandhi’s contesting from Wayanad too is a report card of Amethi's development

Amethi has been the 'pocket borough' of the Gandhi dynasty for decades. But now, faced with a strong opponent and a plethora of development options, the Congress finds Amethi's ground slipping under its feet.

Speculations of Congress president Rahul Gandhi contesting the upcoming Lok Sabha elections from a second (read ‘safe’) seat had been doing the rounds for a few weeks. In the garb of fighting the General Elections from one seat in south India, which is how the Congress party has pitched the move, Gandhi has given his ‘consent’ to contest from Wayanad, Kerala, in addition to Amethi, Uttar Pradesh. 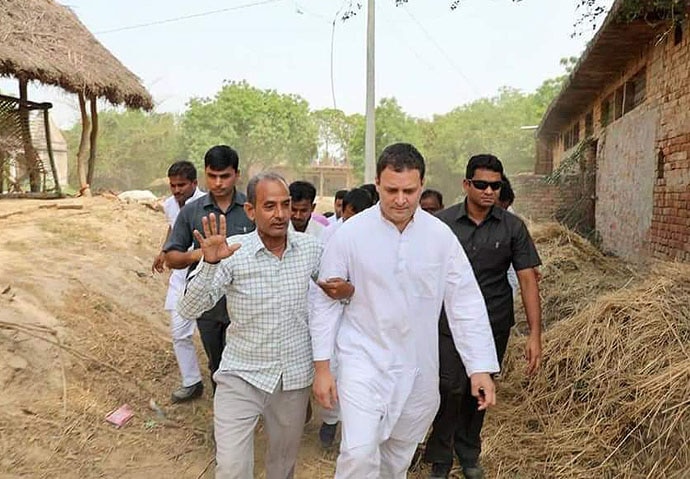 Is he listening to Amethi? Congress president Rahul Gandhi will contest from Wayanad in addition to Amethi this time. (Source: PTI)

Rahul Gandhi has been a three-time MP from Amethi and in the last 52 years since the Amethi Parliamentary seat came into existence, it has been with the Congress for 48 years — out of which a member of the Nehru-Gandhi family has represented it for 31 years. The Congress vote share, which touched the highest of 84.18% in 1981, when the late Rajiv Gandhi contested the by-elections, following the death of the sitting MP and his brother, Sanjay Gandhi, has steadily and sharply declined since 1999, when Sonia Gandhi stood from the seat.

The pattern more than reveals how the local voter is not interested in voting for the dynasty anymore.

Moreover, the falling trend in the vote share was visible before the arrival of a serious contender in the form of Smriti Irani. In the 2014 elections, Irani got 34.38% votes as opposed to Gandhi’s 46.71% — and despite losing, Irani not only visited Amethi more times than Gandhi but has also reportedly worked for the electorate. 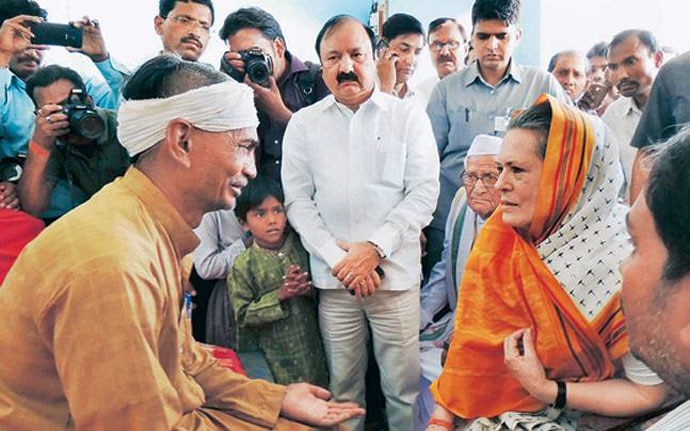 The Congress vote share in Amethi has been shrinking since Sonia Gandhi vacated the seat for Rahul Gandhi. (Source: India Today)

Locals say that unlike Gandhi, Irani has personally got over 50,000 people covered under a central government life insurance scheme, besides ensuring benefits under various other initiatives. It is this ground reality that has made the prospect of Gandhi losing what has always been seen as the traditional seat of the first family — a prospect scary enough to seek a second seat.

Without getting into an Irani versus Gandhi debate, it is telling that while the Congress claims to have ushered in India’s technology revolution, it was Irani who got Amethi its first CT Scan machine — despite the Congress president being the MP for 15 years.

Rahul Gandhi’s decision to contest elections from two seats is a testimony to the reality that the Congress party cannot even garner support from its own stronghold.

This shows how the Congress, from being the largest and the longest-serving political party, has lost favour with the voter and also exposes its under-the-veil kind of strategy that nobody spoke about.

For long, the Congress ceased to focus on Indians as a ‘majority’ and shifted its attention to vote bank politics. For some reason, it foolishly believes that people (read voters) would continue to fall for such tricks. Isn’t it vote bank politics that the Congress has decided to field its president from a seat where, according to the 2011 Census, nearly half of the electorate is comprised of minority voters?

If its own local constituency, one that its president has represented for nearly 15 years, has somewhere begun to show signs of not voting for them in big numbers, how does the Congress believe that people would think they have any plans for India on the whole?

Amethi has 7.31% Muslim population — but even that number seems to be showing signs of giving up on the Congress as Haji Haroon Rasheed, the son of Haji Sultan Khan, who proposed Rajiv Gandhi and Sonia Gandhi’s candidature for Lok Sabha elections at Amethi seat in the past, has decided to contest against Rahul Gandhi.

Wouldn’t it be foolish then to think that Wayanad with a nearly 30% Muslim population would feel okay voting for apparent non-performers?

The Indian voter is not using their franchise on the basis of ‘religion’ as much as the Congress would apparently like to believe and the so-called strongholds aren’t all that strong. A perfect example of this can be seen in the margin of victories of its candidates in the previous election. The Congress’ Shashi Tharoor won the Thiruvananthapuram parliamentary constituency by a little over 15,000 votes against the BJP candidate, O Rajagopal, whereas in Mumbai North Central, the BJP’s Poonam Mahajan, a first-time MP, trounced the Congress’ sitting MP Priya Dutt by over 1,86,000 votes.

To put the ‘safe seat’ aspect of Wayanad in context, the constituency was carved out during the delimitation ahead of 2009's Lok Sabha elections. 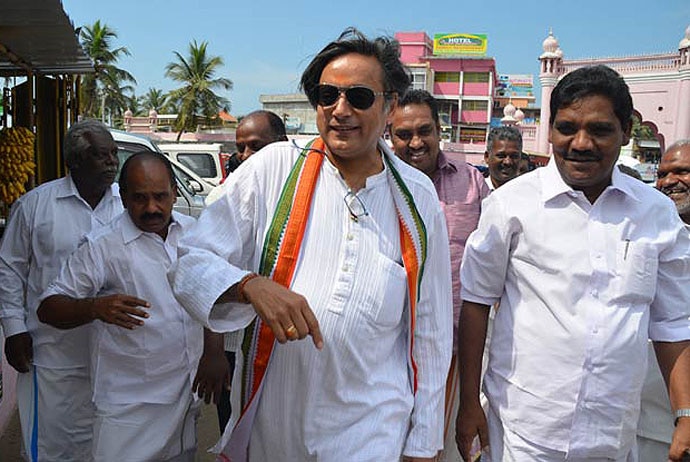 Not such a jaunty win: Congress’ Shashi Tharoor won Thiruvananthapuram constituency by a little over 15,000 votes in 2014. (Source: India Today)

In the first election, Congress leader MI Shanavas won from Wayanad, with a margin of over 1.53 lakh — but in 2014, he could retain it only by a margin of a little over 20,000 votes.

The Left Democratic Front (LDF) in Kerala has not taken too kindly to Rahul Gandhi’s candidature from Wayanad. Reacting to the news, the secretary-general of the party, Prakash Karat, said, “The decision of Congress to field Rahul Gandhi from Wayanad shows their priority now is to fight against Left in Kerala.” He also added that they would “work to defeat Rahul Gandhi.”

On the face of it, both the Congress and the CPI(M) are committed to fighting the BJP and therefore, would such a move lead to the two parties practically cannibalising each other in Wayanad?

Irrespective of how the Congress or the Left reads into it, the former’s decision simply reiterates how they seem to have no ideology, no policy or anything concrete to offer to the Indian citizen in terms of a plan for the future. Rather, it only seems to hope to win on the basis of the divisive propaganda of caste and religious divides that they have relentlessly accused the BJP of.

They don’t know whether the BJP is a socialist or capitalist party, but they carry on projecting it as ‘right wing’, probably not from the economic perspective but trying to project it as ‘fundamentalist’ instead, for the sake of vote-bank politics. They then shift to the ‘right-wing' tag when addressing the economically weaker sections during political rallies. It seems they can hurl any ‘ism’ tag in the blink of an eye to peddle unsubstantiated claims.

One cannot hope to escape the responsibility of tomorrow by evading it today. The fact of the matter is that when it comes to Rahul Gandhi’s decision to contest from Wayanad, as well as Amethi, the decision shows how this is not about majority or minority issues — it’s instead a report card of the abject lack of work done in the home constituency of the Congress president and the Nehru-Gandhi dynasty, in the last 50 years.

Post your comment
#2019 general elections, #Rahul Gandhi, #Amethi, #Wayanad lok sabha seat
The views and opinions expressed in this article are those of the authors and do not necessarily reflect the official policy or position of DailyO.in or the India Today Group. The writers are solely responsible for any claims arising out of the contents of this article.