Senior BJP leader Mukul Roy is absent from the scene in Bengal. The murmur in the air is that he’s maintaining social distance with the party.

This is not the season of mango blossoms (mukul), but people are curious to know why senior BJP leader Mukul Roy is absent from the scene in Bengal.

These days he’s seldom seen at the BJP’s party office or in press conferences. The murmur in the air is that he’s maintaining social distance with the party. Physically he’s maintaining a good 10-12 km distance from BJP’s party office at central Kolkata by operating from his home-cum-office at Salt Lake. Emotionally he’s disconnected from current party echelons and karyakartas, who are controlling Bengal politics. But he’s active in the national sphere. He’s been to Delhi a couple of times even amid the Coronavirus situation. More than a month ago when Trinamool Congress defectors and Mukul Roy loyalists such as MPs Saumitra Khan and Arjun Singh made it to the list of BJP office bearers with key posts, Roy was conspicuously left out. Despite being in the party since 2017 and helping the Bengal BJP win in the 2019 Lok Sabha, Roy’s presence in the party, without a post, was like an adjunct, to help facilitate a common purpose to which the party and the individual (read Roy) were committed and found it mutually conducive. 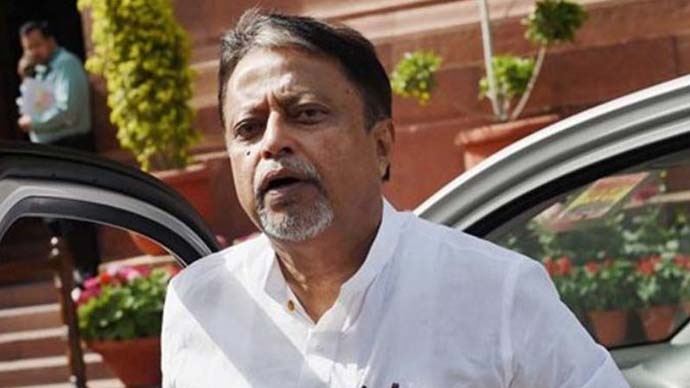 In the words of Home Minister Amit Shah, “Mukul Roy jo Mamata ko ukharke phenkne ko aaye hain,” Mukul Roy is the one who has come to BJP to uproot CM Mamata Banerjee. The introductory foreword, Shah uses for Roy in all public rallies means that Roy’s purpose of being in the party is synonymous and intrinsic with the reason and motive behind his deserting the Trinamool Congress. So honouring him with a post is irrelevant. His job is cut out for him and he’s at it” irrespective of whether posts and trappings are bestowed on him. So when there were rumours that Roy was exploring a return to his old party and revisiting his old contacts, Roy neither refuted nor confirmed them.

Political observers kept a watch on the signs. One day it was circulated that Roy, miffed over not being given any portfolio in the party or in the cabinet expansion, left the party’s meeting with Shah and BJP president JP Nadda midway and headed to Kolkata from Delhi. State BJP president Dilip Ghosh had to explain: “Mukul da is suffering from an eye problem and he had to come back for an urgent injection.”

Meanwhile, words of him being wooed by the Trinamool Congress made frequent rounds as Rajya Sabha MP, now with Trinamool — Kunal Ghosh, dropped in at Roy’s residence in Kolkata for long chats. Roy, invisible from the BJP podium and programmes, hit the news as curiosity sought an explanation for his all-on-a-sudden low-key profile. Egged on by Roy’s absence, stories kept floating from the rival camp that the leader’s son was preparing to cross-over and he will help in making that road smooth. Many of Roy’s followers chose to remain passive which at this juncture was affecting the party the most. So Roy emerged to announce that he was very much in the BJP and there was no question of going back to his old party. He’s steadfast on his mission. As for the BJP, it is also thinking of honouring him with a post and a responsibility which will give him a new josh on his mission.

Also read: With a divided house, can Mukul Roy pull off a Himanta Biswa Sarma for BJP in West Bengal?

#Mukul Roy, #BJP, #Bengal2021
The views and opinions expressed in this article are those of the authors and do not necessarily reflect the official policy or position of DailyO.in or the India Today Group. The writers are solely responsible for any claims arising out of the contents of this article.