Why West Bengal polls are like a tense cricket match

This article has been co-authored by Amitabh Tiwari and Debdutta Bhattacharjee.

Politics and cricket. Two fields that perhaps capture our imagination like no other. And both these fields have been abuzz with activity this month. And West Bengal in more ways than one, has been at the centre of it all.

The World T20 ended in a blaze of glory at the start of the month, at the historic Eden Gardens in Kolkata (the capital of West Bengal), with the West Indies lifting both the men's and women's titles. Carlos Brathwaite's four sixes off four balls in the last over, the spectacular celebrations, Dwayne Bravo's foot-tapping "Champion" song and captain Darren Sammy's emotional outburst against the injustices done to his team, made the 2016 edition of the showpiece event possibly the most memorable of all.

And then about a week later started the country's very own cricket festival, the Indian Premier League (IPL), and the Kolkata franchise (Kolkata Knight Riders) has launched its campaign well. 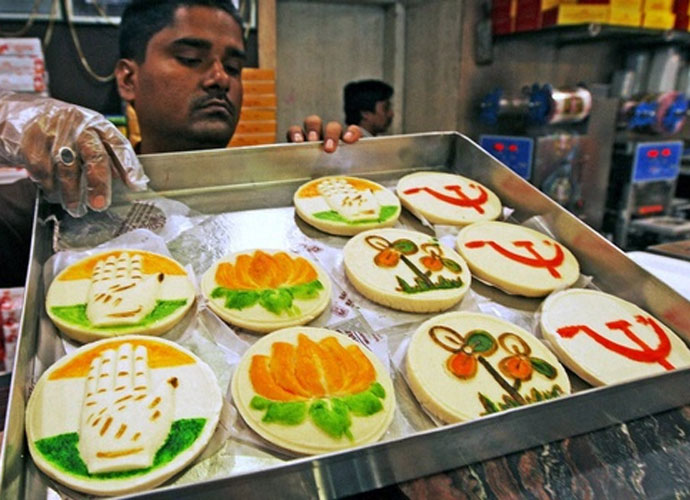 The Bengalis have always been one of the most politically aware communities in the country.

But a day after the World T20 final, began a battle of another kind - though equally gripping. West Bengal went to the polls on April 4. The elections here are unique because the polling is spread over a month and a number of phases, unlike the other three states and the union territory which will see elections this year.

The Bengalis have always been one of the most politically aware communities in the country, as much as they have been sports lovers. They have thronged the Maidan and the Eden with the same fervour as they have trooped to the polling booths or even taken active part in politics (a case in point: the extent of student politics in Bengal's universities and the high polling witnessed in the state as against the national average).

This, therefore, occasions a comparison between elections and cricket matches. The battles, characters and conditions that either throws up adds to the drama. Parties (teams) compete against each other to form the government (win the "trophy"). Crowd support boosts a team's morale and helps it perform better. In elections, the candidate getting the voters' support ends up winning.

Elections in West Bengal are being held in six phases, but phase one has two sub-phases which makes it seven phases in all.

The seven-phase elections are like a one day series between three teams – one led by Mamata Banerjee (Trinamool Congress), another by Surjyakanta Mishra (Left-Congress) and the third by Dilip Ghosh (BJP).

The Trinamool Congress (TMC) consists of old warhorses of the erstwhile Congress organisation in the state. It typically looks a team which had always been fiesty, to a large extent having been influenced by its captain's character, but had always been the eternal runners up in the state, before a power-packed performance in 2011 took it to the title.

You immediately make a connection with the Indian teams in the 2000s which often used to fall at the last hurdle in ODIs. Remember World Cup 2003? India beat every team it faced in that tournament, except Australia, and was comprehensively beaten on both the occasions it came up against Ricky Ponting's men. 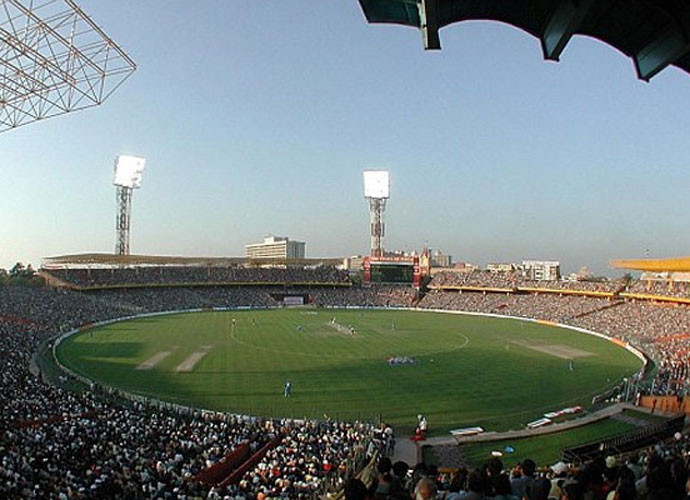 But 2011 signalled a change of order. A change in the fortunes of Team India and also the TMC. Both beat outfits which were considered to be unbeatable. While Team India finally got the better of Australia in a World Cup, TMC ended the 34-year-old Left Front rule in West Bengal. And both won their respective titles. Team India, the World Cup after nearly 30 years, and TMC the Bengal Assembly elections for the first time. TMC's victory perhaps being as spectacular as MS Dhoni winning the World Cup for India with a six!

This year, the TMC players are in form. The party was leading in over 200 Assembly segments in the Lok Sabha polls in 2014 and is tipped to win according to opinion polls. Moreover, its captain Mamata Banerjee overshadows all the others in charisma, which has tilted the balance in TMC's favour. Yes, there have been allegations of corruption (first Saradha, then Narada) on some of the main players of the TMC team (think of match-fixing in cricket), and one of their stars, Madan Mitra, is participating in the contest from jail.

But while Saradha, Narada and indeed the Kolkata flyover collapse may be factored in by the urban, educated voters, the massive rural electorate will be influenced more by development measures undertaken, and here, Mamata has scored with welfare schemes like Kanyashree.

The Left includes players from the Congress who have joined forces to take on the mighty TMC. The Left looks like a team which had been practically invincible during its heydays, but has fallen by the wayside now.

Typically a West Indies, if you chart its history from the days of the Clive Lloyds, Viv Richards, Michael Holdings and Malcolm Marshalls, to the present day. The 1990s and 2000s saw a spectacular decline of the West Indies, though there have been few good performances here and there. The World T20 win in 2016 tells us that the Caribbeans may be on the path of resurgence.

Can there be a resurgence in the fortunes of the Left in Bengal this year too? Most of its players, however, are well past their prime and retaining positions because of the history of their performances.

The BJP is, on the other hand, not much in the reckoning. It gives the impression of a small team which had started with some promise (especially in the wake of the Modi wave in the 2014 general elections), which soon fizzled out.

Its players can hit that odd big six, take that odd stunning catch, spring a surprise or two, and catch attention (as its star player Roopa Ganguly did when she allegedly slapped a TMC worker). But all that is for a short while, and the pitches in Bengal are not suited for the BJP players except for some located in urban centres. Even its captain does not evoke a lot of confidence and the local leadership is weak.

The Congress, by itself, would not have been much of a force in Bengal, a typical minnow in cricketing terms, and hence its alliance with the Left is opportunistic. This alliance has made this otherwise one-sided contest interesting. Crowd support has been good in all phases so far as people have turned up in large numbers (above 80 per cent in places) to cheer for their teams. The crowd belonging to different caste and communities have backed certain parties historically.

The Muslim community comprising 27 per cent of the state's population backed the Left till 2011, when in the aftermath of Sachar Committee report showing their poor human development metrics in the state, they switched over to Mamata. In these elections too, they would be the deciding factor in nearly 100 seats and whoever they support could end up winning the tournament.

Likewise, the poor and lower class have supported the Left historically. Upper castes who backed the Left and then Mamata have started to swing towards the BJP in the recent past. Mamata has the advantage.

In only ten per cent of the seats (urban/semi-urban pockets), the contest is triangular. Elsewhere, it's a direct contest between the TMC and the Left-Congress alliance.

Since the Left and Congress have been contesting against each other for years and have now decided to join forces, both teams have disgruntled players. Surjyakanta Mishra (the Left captain) doesn't enjoy the support of all players, and vice-captain Adhir Ranjan Chowdhury is making sure that there are two factions in the team.

The matches between the TMC and Left are being fiercely contested (they have been arch-rivals like India and Pakistan). However, all Congress supporters in the crowd are not supporting the Left players.

On the other hand, the TMC versus Congress matches are like the ones between Australia and England, with Australia having emerged a stronger team over the years than their erstwhile rulers England. Similarly, the TMC, having emerged out of the Congress, has emerged stronger in West Bengal. However, winability of Congress candidates is high as Left supporters are cheering for them.

The umpires (Election Commission) are having a tough time as allegations of ball tampering (rigging) and crowd disturbance (violence) have disrupted many matches.

Essentially, it means the series was tied till match four. Whoever wins match five which took place on April 25, match six, that will take place on April 30 and the last match on May 5, will lift the trophy.

Will Mamata be able to hold the trophy aloft? Will there be an upset? Will the Left spoil Mamata's plans? There are still two phases of polling left, but all eyes are now already on the results on May 19.

#TMC, #Mamata Banerjee, #West Bengal polls
The views and opinions expressed in this article are those of the authors and do not necessarily reflect the official policy or position of DailyO.in or the India Today Group. The writers are solely responsible for any claims arising out of the contents of this article.