If the Left wants to survive, it needs to fight TMC today, and not leave it till 2021.

Barely a year ago, the portraits of Marx, Lenin, Stalin and Ho Chi Minh in the Communist Party of India (Marxist) headquarters on Kolkata’s Alimuddin Street had been covered with cobwebs and dust. Today, they have been removed for a bout of spring-cleaning as the building undergoes a new paint job simultaneously with the West Bengal Assembly elections, signalling a new spring in the step of the state CPI(M) leadership which is fighting the elections in alliance with its former arch-rivals, the Congress.

Several hundred kilometres from Kolkata, in the Malda-Murshidabad region that connects north Bengal with the southern part of the state, rickshaw-walas sport the CPI(M)'s red hammer-and-sickle flags and the Congress' hand-tricolour on either side of their rickshaw handles.

Ask the men pulling the rickshaws whether they have been told to plant the two party flags together, and they give you a resounding "no".

“Both parties are far too weak separately. If they have to give Didi a fight, they have to learn to come together,” they say, referring to chief minister Mamata Banerjee’s ruling Trinamool Congress (TMC), which has 184 seats in the West Bengal Assembly.

Much has been written about this surprising new partnership between the Left Front and Congress against the ruling TMC – whether it is an alliance, an understanding, or just a tactical adjustment of seats. CPI(M) cadres reported that they would not be able to withstand the TMC's onslaught for much longer.

Forget the jargon, though. The smile on the face of the usually dour Left Front chairman Biman Bose, the enthusiastic chatter of the otherwise reticent Politburo member Hanan Mollah, the filling up of the deserted hall in the party headquarters on Alimuddin Street with TV camera-wielding journalists, and CPI(M) general secretary Sitaram Yechury’s reported warning to remember 2016 as the 50th anniversary of the decimation of the Indonesian Communist Party and not repeat the same mistake are the new elements in the Left-Congress’ unusual alliance to fight the ongoing polls together.

“We are fighting our hardest... our party cadres and the Congress cadres told us that we had no alternative but to come together if we had to take on Mamata Banerjee,” Yechury said, in an interview with this reporter.

Added Bose, “The post-poll violence shows that we are resisting the Trinamool, and they don’t like it.”

For the first time since Mamata steamrollered her way through the state in the 2011 Assembly elections, virtually decapitating the Left Front, demolishing the Congress, and not allowing the BJP to open an account (even though it won 17 per cent of the vote and one by-election later), she has bred a joint Opposition which realises that the only alternative to dying a painful political death is to sink your differences, clench your teeth and give Mamata the fight of its life.

Certainly, to a large extent, Yechury is responsible for putting some of the wind back in the party’s sails. In the wake of the defeat of the BJP by the Bihar mahagathbandhan, which Yechury realised, too late, he should have been a part of, the CPI(M) general secretary reached out to Rahul Gandhi, the Congress vice president who has been making all the major decisions in his party for the last year or so.

Sometime in January, Yechury and Rahul met at the home of Janata Dal (United) Rajya Sabha member of Parliament, Pavan Varma, in Delhi and discussed a possible "mahajot", or grand alliance in West Bengal. 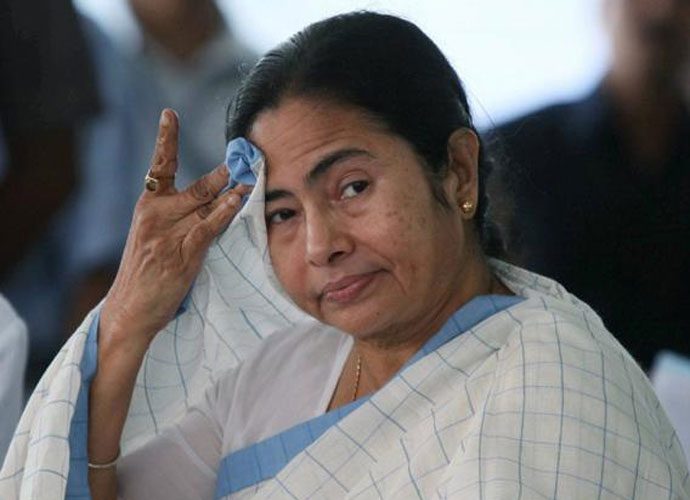 The Opposition is ready to give Mamata the fight of its lives.

Yechury and Congress president Sonia Gandhi have had a naturally comfortable relationship for several years, since former CPI(M) general secretary Harkishen Singh Surjeet stitched together the United Progressive Alliance (UPA) after the BJP’s shock defeat in the 2004 general elections.

Yechury was a Surjeet protégé and he quickly learnt the art of compromise. So when in 2008, Prakash Karat, the then CPI(M) general secretary, insisted that the Left Front should pull the rug from under the UPA because the then prime minister Manmohan Singh had decided to go ahead with the India-US nuclear deal, it was left to a miffed Yechury to explain the unhappy decision to Sonia.

But by mid-2015, Rahul was calling the shots in the Congress. Yechury knew he had to reach out to Sonia’s son to convince him of the need to come together against the TMC.

In his own party, Karat and several other Politburo and central committee members had voted against partnering with the Congress. In Kolkata, the state CPI(M) leadership was despondent, rueing the loss of power five years ago. Each day, as Mamata consolidated her control, the cobwebs on the portraits of Marx, Lenin, Stalin and Ho Chi Minh in the party headquarters grew longer and thicker.

Then, two things happened. From the ground, CPI(M) cadres reported that they would not be able to withstand the TMC's onslaught for much longer and “if the leadership wanted the party to survive”, the cadres would need help to fight back. Even then the state CPI(M) leadership didn’t really understand the depth of their desperation. “Mamata will definitely win another term. We should wait to fight her after another five years, in 2021,” said a state CPI(M) leader.

That’s when Yechury, in the thick of deal-making with other parties elsewhere in the country – in Tamil Nadu, he had recently convinced the CPI(M) to be a part of the coalition between Vijaykanth of the DMDK, the PWF, Vaiko’s MDMK and even persuaded former Congress leader GK Vasan to come on board – weighed in.

According to one state CPI(M) leader who spoke on the condition of anonymity, Yechury pointed out that 2016 was the 50th anniversary of the decimation of the Indonesian Communist Party by General Suharto, and how the party had never since recovered in that country.

Did the CPI(M) want the same thing to happen to them? If the party wanted to survive, it needed to fight Mamata today. Waiting for the elections five years hence, in 2021, might be too late, Yechury had warned, according to the state CPI(M) leader.

Off the record, party leaders admit that it will be a miracle if the Left-Congress alliance can defeat the TMC. The maximum the alliance can hope for is to reduce the TMC's margin of victory. “If Mamata loses 20-25 seats and gets only a little more than a majority, she will lose some of her arrogance, at least. That should make the next five years a little less stressful to bear,” a second state CPI(M) leader admitted.

And so it goes in West Bengal, where there’s never a dull day between the religious and political festivals all week – Poila Baisakh, the Bengali new year on April 14, Ram Navmi on April 16 and two phases of voting on April 17 and April 21. The countdown to the Big Day on May 19, when results will be announced, is on.

#Sitaram Yechury, #TMC, #Mamata Banerjee, #West Bengal polls
The views and opinions expressed in this article are those of the authors and do not necessarily reflect the official policy or position of DailyO.in or the India Today Group. The writers are solely responsible for any claims arising out of the contents of this article.