Where is the coverage of Mizoram Assembly polls?

If celebrity weddings and Taimur Ali Khan’s play date find more coverage in the media than Mizoram's elections, then we as a country have a serious problem.

The Northeast, to many in the rest of the country — or in the ‘Mainland’, as North-easterners like to call it — is still known as the region of the ‘seven sister states’, forgetting the fact that in 1975, Sikkim became the 8th state to join this region, and helps connect it to the rest of the country. I am not even sure many even know that Sikkim wasn’t a part of the Indian Union until 1975, considering the large-scale ignorance regarding the region.

The only state in the Northeast that does get some sort of coverage by the media is Assam, and in the recent past, the misplaced, uninformed, half-baked and ignorant coverage of the NRC has only given it a bad name. While the state and its people have been painted ethno-fascists by the Left, the right wing gleefully assumes they’re Islamophobic. Mizoram went to polls on November 28. How many analyses, debates on it did you watch? (Photo: PTI)

But largely, this region is ignored by the Delhi- and Mumbai-based English and Hindi media. This has been pointedly evident in the coverage of the recent Vidhan Sabha polls.

The focus of the media coverage has been on the three large Hindi states — Rajasthan, Madhya Pradesh and Chhattisgarh. Telangana, too, has receiving ample coverage, but Mizoram has been completely ignored.

This comes as a both a surprise and a disappointment.

In the recent past, elections in the Northeast had received higher than usual coverage. Many welcomed this positive change, but with Mizoram, the neglect is back, and people have been left confused. This has led to many speculating that states like Nagaland, Tripura and Manipur received coverage of their Vidhan Sabha elections because BJP, a new entrant in the region with its North-East Democratic Alliance (NEDA), was making inroads and forming governments.

But in Mizoram, the coverage has once again gone back to being non-existent.

Many prominent English language media houses had their senior journalists visit the states that went to polls over the last month, for detailed analysis and on-ground reportage. Mizoram was left out from this too.

Why this neglect? Why this erasure from national discourse? These are some of the questions many from the Northeast have.

I agree the states in the Northeast are smaller, and hence don’t exert much political influence in Delhi compared to the Hindi heartland. But this sort of ignorant media blackout of the region is very unfortunate — and racist. This makes Northeasterners feel disenchanted, like they’re not wanted and that they don’t matter. Low Blow: A North Indian actress had to be brought in to play a Northeastern icon in Mary Kom. (Photo: YouTube screngrab)

A huge issue the Northeast and her people face is racism and discrimination, especially when in the Mainland. This is in part due to the large-scale ignorance about the place, which gives rise to xenophobia.

The media can play a responsible and important role in curbing such feelings, by showing to the rest of the country that the Northeast is ‘normal’, nice and warm, and the people there are just like anybody else.

The media is the fourth pillar of a democracy, and it’s important that it play a constructive role in fighting taboos and marginalisation. The lack of diversity within India’s newsrooms is part of the reason why the Northeast doesn’t get it’s due coverage. How many Northeastern faces do we see on our prime time news television? Even the progressive media houses are shamefully exclusive, and not at all representative of India’s diversity.

There is also an added problem. When people speak of the Northeast, Assam — the largest state of the region — becomes the only representative and the only topic of discussion, which again marginalises the rest of the seven states. This step-motherly treatment from both the media and State makes the region and its people feel like a neglected child.

This sort of ignorance and casual racism has become so normalised that even Dr Shashi Tharoor, in his attempts to mock and criticise Prime Minister Modi, had recently referred to the Naga headdress as a “costume”. 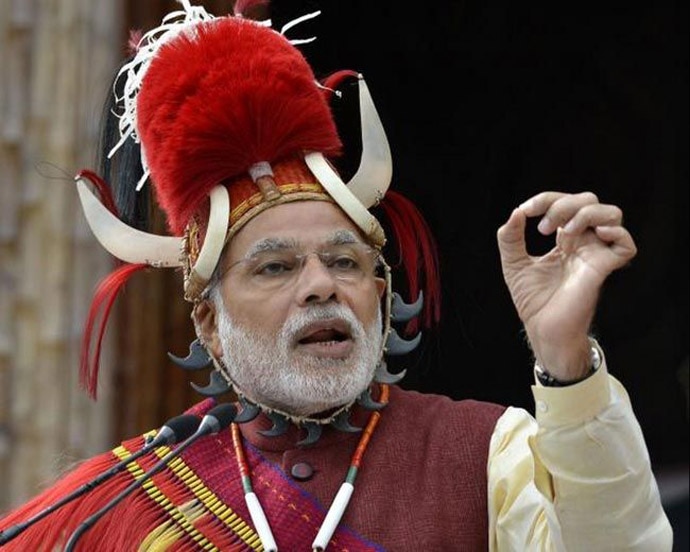 The biopic of the imminent Manipuri boxer Mary Kom had a Punjabi Priyanka Chopra playing her. When asked for the reason behind this, the makers gave the ignorant and rather racist reason that a Manipuri or a Northeastern actor wouldn’t be able to pull in the audience as well as Priyanka would! This was and is the age-old reason many in Hollywood use to justify “whitewashing” — white actors playing the roles of people of colour. But we all know how well movies like Crazy Rich Asians and Black Panther did at the box office. And to think that Priyanka Chopra is now considered an icon and is frequently talking about diversity in Hollywood!

Coming back to the Assembly polls, very few media houses covered Mizoram, but even those did not do it as extensively as the other states. The coverage was shallow and superficial. Not many tried to understand the intricacies of the state and what the real issues of the voters were. Adding to that, some of the journalists seemed to be woefully ignorant about the subject — right from mispronouncing the name of the capital city to the incumbent Chief Minister’s name.

Many have defended this media blackout of the Northeast, citing the lack of connectivity and the lack of interest and demand among the majority of the country. How are those reasons even valid? How can the politics of an entire state be completely ignored just because of the region it’s situated in?

The media, especially news media, is responsible for keeping people informed, and hence cannot play the game of supply and demand.

If Isha Ambani’s wedding and Taimur Ali Khan’s play date find more coverage than Mizoram’s elections, then we as a country have a serious problem.

The Northeast has been celebrating its democracy in a colourful and vibrant manner, and by ignoring the region, the media is doing its people a great disservice. The media is meant to be the entity that will take a country forward on a progressive path, so it is saddening and disappointing to see it play a role in this sort of marginalisation of a region already so underrepresented. 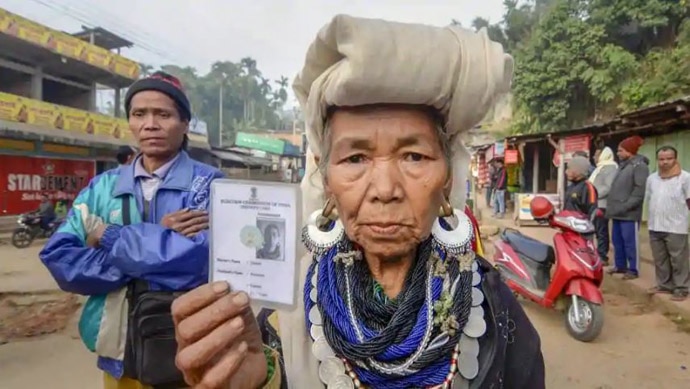 The Northeast has been celebrating its democracy in a colourful and vibrant manner. That deserves to be seen and heard. (Photo: PTI)

The stories of the Northeast are worth telling, and the politics of the Northeast are worth covering. By giving the region its due attention, the media will play a huge role in normalising it for the rest of the country — which would automatically peak their interest in it. And covering its politics would be a good way to do this, because no matter which corner of the country you are from, Indian politicians aren’t that different and Indians have the same political aspirations and expectations.

The Northeast and its people are open. It’s time our media becomes open to them and does the right thing.

#Assembly elections 2018, #Mary Kom, #Northeast India, #Mizoram assembly elections
The views and opinions expressed in this article are those of the authors and do not necessarily reflect the official policy or position of DailyO.in or the India Today Group. The writers are solely responsible for any claims arising out of the contents of this article.