His extradition from Dubai to Delhi was apparently meant to scare the Congress. So far though, Michel has refused to oblige.

The alleged middleman in the AgustaWestland VVIP chopper scam, who was extradited by the Central Bureau of Investigation (CBI) under the guidance of the National Security Advisor Ajit Doval, just a few days before state elections, has certainly disappointed Prime Minister Narendra Modi.

A day after Michel was brought to India from Dubai, Prime Minister Narendra Modi, while addressing an election rally, announced that Michel was apparently going to reveal secrets about the Gandhi family, including Sonia Gandhi.

Christian Michel is in custody. But the bird has not yet sung. (Source: IndiaToday.in)

“Christian Michel will now reveal secrets about the diary which has Sonia Gandhi's name. You would be aware about a letter of Madam Sonia Gandhi. When we came to power to find the files, we kept searching for it and finally found a 'razdar' (secret keeper),” Modi said on December 5 — but Michel, during his 14 day-custody, never took a single name from the Congress party or the Gandhi family.

Modi in the same rally also announced that, "Michel used to serve the friends of 'namdaar' (Gandhi family) in Dubai. The government has brought him to India. This 'razdar' will reveal the secrets. Don't know where and how far it will go.”

Contrary to the expectations of the government though, Michel during his custody has reportedly refused to acknowledge the fact that anyone from the Gandhi family was paid a bribe in the chopper deal.

Michel’s extradition, many felt, was an act of intimidation to the Gandhi family and the Congress party. Many even questioned the timing of the extradition — it was alleged that it was done to gain political mileage for the BJP and to damage the Congress party during the elections. That could have been possible only if Michel had revealed any names — but to the disappointment of the BJP government, the middleman has named no names. Christian Michel's return was meant to scare them. So far, it hasn't worked. (Source: PTI)

Congress also came onto the front foot to defend the party and reject allegations against the Gandhi family, stating that the Congress itself had lodged the case involving AgustaWestland — it went on to allege that the BJP was doing this because they could see themselves losing in five states.

After the elections, results indeed came in favour of the Congress in three major states — Madhya Pradesh, Chattisgarh and Rajasthan.

In fact, Michel, who was arrested in Dubai on February 8, 2017, after India’s request, gave a statement to the Dubai prosecution. DailyO accessed that statement, according to which Michel reportedly told the Dubai prosecution that, 'I worked in India with the previous government which was led by Dr Manmohan Singh and in the year 2014... the government was changed which is led by Narendra Modi. I was accused once again due to my involvement with the previous government in the deal of helicopters supply to the defence ministry of India.”

Later on, when Michel was asked by the Dubai prosecution about, “Kickback was paid to decision makers, helping M/s AWIL in purchasing the helicopters for the ministry. Kickback of 70 million euros was paid to you M/s Global Services, M/s International trading co”, Michel said that, “I insist on my previous statement made in the investigations of the public prosecution and confirm that the reason for my accusation is that I was working in that deal with the previous government which was headed by Dr Manmohan Singh as I had mentioned that the government was changed in 2014 and is now headed by Narendra Modi. Putting me, in this case, is just to pressurise me to testify against the previous government. The deal was without any kickback of fraud or bribes by me and I was not working in the companies branch in India, rather I was working in the companies UK branch specifically in the period when the change in the altitude From 6000 m to 4000 m occurred.” 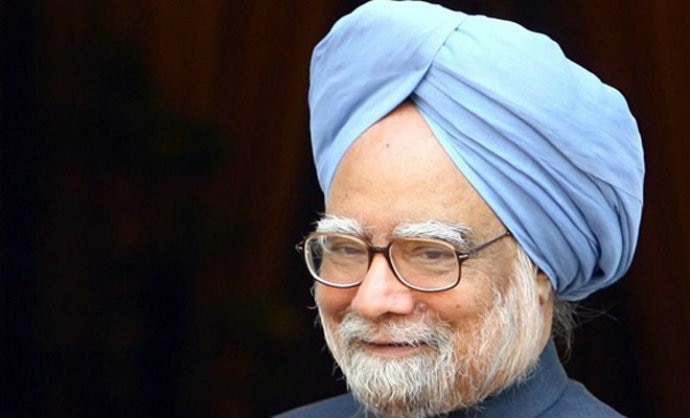 Christian Michel, in fact, alleges he has been caught in order to blame the previous UPA government. (Source: IndiaToday.in)

“I also had mentioned that the case was previously filed by the Indian government against me and was kept by the Italian authorities after the acquittal of the Italian judge expired as well as my case was also kept by the Swiss Authorities,” he added.

DailyO also accessed some controversial documents which allegedly have the initials of some high-profile Indian politician's name and which has made Michel an important person in the current political climate. This document establishes the amount of bribes apparently paid to Indian officials and allegedly to politicians. It has a break-up of 30 million euros, allegedly paid as bribes to Indian entities and some of the initials decoded by Haschke are as follows:

However, the Italian court rejected this as evidence.

Michel, who is in India, still holds important value — in the coming days, he may disclose some secrets about the deal, but more than investigations, it seems that the government is interested in getting him to name the Gandhi family instead.

So far, he hasn't indulged that wish.

#Narendra Modi, #AgustaWestland, #Rafale Deal, #Christian Michel
The views and opinions expressed in this article are those of the authors and do not necessarily reflect the official policy or position of DailyO.in or the India Today Group. The writers are solely responsible for any claims arising out of the contents of this article.