Why I'm worried about the health of India's democracy

If its health were gauged by the efficacy of its political institutions, ours will likely be judged as being in a dismal state.

As a country of 1.3 billion people, more than 800 million of whom are eligible to vote, India takes pride in being the “world’s largest democracy”.

We have often lauded our ability to transfer power peacefully every five years since the first general election of 1951 (except for Indira Gandhi’s experiment with autocracy in 1975).

Most recently, even news of the Uttar Pradesh Assembly elections points to the fact that state elections in India are larger than the national elections of several European countries.

However, while such self-aggrandising statistics highlight the monumental task of the Election Commission of India. They do nothing to validate India’s success as a democracy.

Rather, a superficial satisfaction with the size of India’s elections risks perpetuating the ignorance of the underlying issues that plague India’s democracy.

The health of a democracy can neither be measured by the size of its voter base, nor simply by the peaceful transition of power.

Such standards of evaluation may be sufficient for nascent democracies struggling to implement the practice of universal adult suffrage (such as countries in the Middle East and North Africa that are experimenting with democracy in the wake of the Arab Spring), but not for India, which has a more mature democracy, aspires to become a secular, liberal global superpower, and considers itself a counterweight to the undemocratic regimes in its backyard.

As such, voter participation is a necessary, but not a sufficient measurement of how far we have come since Independence and how long we have to go to truly uphold the ideals of democracy.

If much of our soft power (as well as our moral superiority) against China, Pakistan, and other competing states arises from our successful democratic tradition, we must ensure a more complete understanding of the challenges our democracy is currently facing.

Even if India’s democracy was measured by the size and success of its elections, its efficacy is called into question by news of candidates bribing voters, using the threat of force to sway voting behaviour, and finding ways to ignore or circumvent the principles safeguarded by the Election Commission. The health of a democracy cannot be measured by the size of its voter base.

Even when elections are not overtly manipulated, electioneering that focuses on identity and caste politics promotes the selection of sub-optimal candidates, without respect to their merit or the substance of their policies.

This adulteration of the election process has a ripple effect leading to perverse outcomes through the rest of the democratic institutional machinery.

As India’s democracy continues to mature, an increasingly important indicator of its health will be the health of its constituent political institutions.

The key political institutions responsible for executing the functions of democracy and protecting its founding principles of liberty, equality, and justice constitute the legislative, judicial, and executive branches of government.

Not only is each branch of government important in its own right, but it is even more important that all three branches work in concert to check and balance each other’s powers.

Institutions such as Parliament, which function upon the principle of majority rule, are counterbalanced by institutions such as the judiciary, which are responsible for protecting the rights of the minorities against the potential abuses of the majority.

Institutions of the executive branch fall within the ambit of both aims, as they are responsible for executing the dictates of Parliament, while also enforcing laws that protect minorities.

If the health of India’s democracy were gauged by the efficacy of its political institutions, it will likely be judged to be in a fragile, and perhaps dismal, state.

For example, the most visible of all democratic institutions, the Parliament, has largely lost the faith of the electorate.

The election of MPs who are underqualified has eroded Parliament’s ability to pass laws and be responsive to the needs of the nation.

More than one-third of the current Members of Parliament have criminal charges pending against them. Though they are permitted to serve under Indian law (but face the risk of dismissal if they are convicted), such ignominious qualifications do not befit a role of national leadership.

Furthermore, the inability of elected representatives and Parliament to think holistically (rather than for the narrow benefits of their caste and constituents) has led to a fractionalisation of the political assembly that has rendered ineffectual and mired in gridlock.

Representatives are either looking to fill their own purses, to satisfy the whims of their narrow vote banks, or to oppose the initiatives of the majority for the sake of opposition itself.

As a result, Parliament often fails to pass meaningful reforms regardless of which party is in power.

Even the conduct of parliamentarians, who are keen to employ feuds, foul language, and hysteria on the floor of the chamber, has become an entertaining soap opera, but has eroded the public’s trust in this keystone institution. 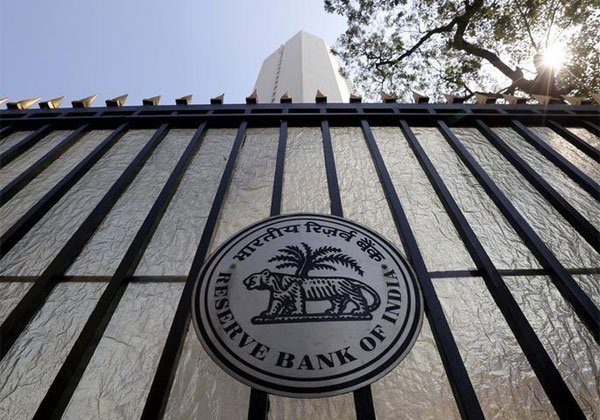 Modi’s implementation of demonetisation without due consultation with the RBI is one of several recent examples of the weakening of important institutions.

The nature of Parliament as a forum for thoughtful debate of issues facing the nation is clearly at risk, reflecting the endemic failure of our election processes, despite our claim to the title of “world’s largest democracy”.

The judiciary, on the other hand, has been host to a plethora of problems that are slowly becoming more dominant and frequently discussed.

The backlog of court cases and the short-staffed judicial system in India has ensured that justice, if at all, cannot be served in a timely manner.

For those charged with a crime, securing bail is the primary objective, as it enables avoidance of jail time while the case languishes in the queue for years.

Considering the large number of criminal cases pending against Members of Parliament, the court’s inability to serve as a timely watchdog is directly linked to the current deplorable state of Parliament.

At the same time, while the lower courts remain hobbled, India’s Supreme Court has become more vocal recently on a wide range of issues, and is now seen as an institution of action, in contrast with the never-ending gridlock of Parliament.

However, this increasingly vocal institution has also begun to stray into issues that are constitutionally ambiguous or irrelevant, and is setting a dangerous precedent of overreach.

This will weaken the public’s confidence in the institution as the final arbiter of law and justice, rather than a bully pulpit to enforce social and cultural values.

The court’s authority must be used cautiously and sparingly, and it must not forget its mandate to protect the fundamental tenets of democracy against the excesses of the majority.

While the aforementioned institutions are political in nature (and therefore their problems may be perceived to be remote from India’s flourishing private sector), they are equally important to India’s economy and to its growth prospects.

First of all, the erosion of the Parliament leads to a weakening of other institutions that are under the purview of our elected representatives.

Though organisations like the Reserve Bank of India, the Comptroller and Auditor General, and the Central Statistical Office (amongst others) are all supposed to be politically unaligned, governments in power have been able to exert pressure and influence to shape these organisations’ behavior to fit the dominant political ideology.

Most recently, Modi’s implementation of demonetisation without due consultation with the RBI is one of several recent examples of the weakening of important institutions that have much broader implications than just “politics”.

Furthermore, the protection of property rights, enforcement of contract law, the establishment of the bankruptcy code (amongst many other business-related regulations), and the protection of individual liberties (which help foster creativity and entrepreneurship) are responsibilities of our political institutions, but are integral to the functioning of the broader economy and the private sector.

The protection and enforcement of these business regulations, and the adherence to rule of law more broadly, are critical prerequisites to attracting foreign capital and investors into the country.

Leaders who are myopically focused on wooing investors with trips overseas and headline-grabbing “memorandums of understanding” will likely find limited success in translating this momentum into real development unless they can ensure a stable legal and regulatory environment to reduce the “risk premium” associated with investing in India.

It is incumbent upon Parliament and the judiciary to maintain the pre-conditions and enforce the constitutional morality that allow such social institutions to thrive.

Such institutions are as important to the health of our democracy as opposition parties in Parliament, both of which help challenge the excesses of the majority.

Hence, authoritarian leaders are often tempted to curtail the freedom of the press, given that it has arguably become more potent than the opposition party as it is unconstrained by the protocol of parliamentary process.

In today’s India, social institutions, especially those that seek to protect minority caste, religious, and social groups, are being undermined by the unchecked weight of the majority.

Given the important balancing role that these institutions play in our democracy, their marginalisation will lead to further amplification of majoritarian chauvinism.

The adulteration of key political institutions such as Parliament is on a dangerous slippery slope.

The failure of elected representatives to respond to the wishes of the electorate, and the widespread public perception that politicians are corrupt and focused primarily on their personal gain, has led to retaliatory responses that will further undermine the legitimacy of Parliament and weaken its ability to correct the underlying problems.

For example, in response to the endemic problem of corruption, the agitations led by Anna Hazare focused on establishing an omnipotent ombudsman, underscoring the view that even elected representatives could not be entrusted with the nation’s governance.

However, ultimately, this approach of holding the government hostage failed because it sought to circumvent our democratic machinery, rather than fix it.

Such extra-constitutional efforts are dangerous for both sides of this debate.

The loss of faith in lawmakers spurs such campaigns, but these campaigns may reactively spur a loss of confidence in civil society if splinter groups, factions, and vested interests take it upon themselves to protest every law they find unfavourable.

For example, more recent agitations by various castes and ethnic groups, though they reflect meaningful unaddressed grievances, also represent a use of undemocratic methods to demand a greater share of the economic pie.

Fixing our key political institutions and ensuring that we have the most qualified and visionary national leaders is the only way we will be able to permanently address society’s underlying political, economic, and social ills.

Otherwise, the slope we have started down will only get steeper and more slippery.

Post your comment
#State Elections, #Democracy
The views and opinions expressed in this article are those of the authors and do not necessarily reflect the official policy or position of DailyO.in or the India Today Group. The writers are solely responsible for any claims arising out of the contents of this article.