Trust, empathy and inclusion will go a long way. Violent policies will do no good.

‘Separatists’, ‘Traitors’, ‘Anti-Nationals’ and more recently ‘Urban Naxals’ have become the buzzwords of the political discourse in India. These terms, or rather accusations, are thrown around freely without any context by the Right wing to clamp down on dissent and counter-arguments.

For a while now it is being drummed into the minds of Indians that it is the Left which is financially aiding and morally supporting separatist movements in the country, and therefore, threatening the Indian union. While a large portion the Indian Left may be sympathetic towards separatists, I believe it’s the Right which is making the ground fertile for such movements to thrive.

JNU has been maligned over the past few years with their student leaders being falsely labelled as ‘anti-Indian’ and as the ‘Tukde-Tukde Gang’ — a charge they vehemently deny. 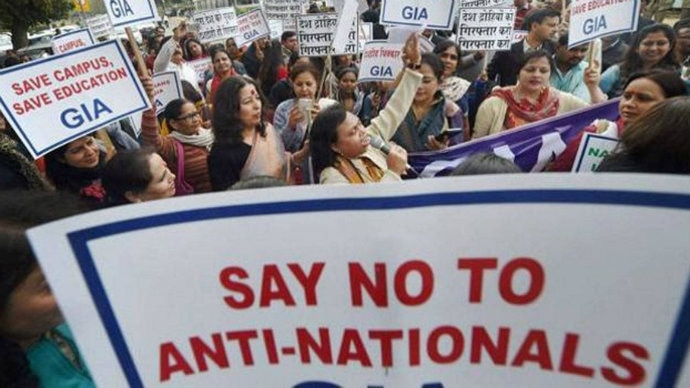 Any attempt to impose one kind of culture will be met with resistance. (Source: PTI)

The Right wing in India has suddenly become the flag-bearer of nationalism, but their nationalism is drenched in a superiority complex and a divisive rhetoric. In order for someone to be a nationalist in their eyes, the person has to be a Hindu, preferably an upper caste and North Indian who speaks Hindi and supports its imposition on the rest of the country. Anybody that doesn’t fit this mould is viewed suspiciously and has their allegiance to the nation doubted.

The religious and language chauvinism practised by the Right wing, under the garb of nationalism, threatens the very basis of our Union which rests on our mutual respect for diversity — in religion, ethnicity, race and language. India isn’t a country where the idea of one-size-fits-all can work. Any attempt to impose one kind of culture, in this context Hindi-Hinduism, will be met with resistance. Therefore, the Right wing’s concept of the ‘ideal Indian’ is a skewed one and if this chauvinistic mindset is not countered we may very well be bracing ourselves for the dissolution of the Indian union.

Not respecting diversity and forcefully imposing a system has been the root cause of many of India’s separatist movements and by not addressing the same the Right wing is just adding fuel to this fire, thereby continuing to alienate people. 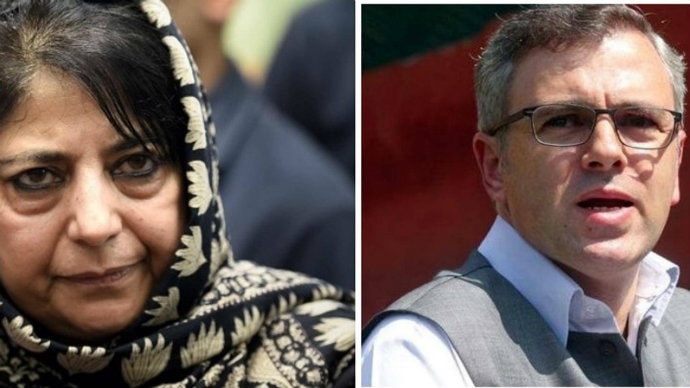 The BJP has been in alliance with both J&K parties in the recent past. Were they anti-national then? (Source: India Today.com)

BJP’s Ram Madhav very recently accused two main parties — the PDP and the NC of Jammu and Kashmir — of being Pakistan’s proxies and acting according to the wishes of Islamabad. While many might find these charges hilarious, one cannot ignore the consequences of such accusations. Mainstream parties in a state like J&K work very hard to promote the idea of India, an India that is inclusive, diverse and accepting. By labelling people like Mehbooba Mufti and Omar Abdullah as Pakistan-controlled proxies dancing to the tunes of Islamabad you set a dangerous precedent. In order to win over people in a troubled state like Jammu and Kashmir, it is very important to make the people of the state feel welcomed, accepted and respected. By abusing their leaders and terming them as separatists you only continue to challenge the process of winning them over.

Recruitments for terrorist groups like the Hizbul has also steadily risen in J&K under the NDA-2 government, which is a sad development considering the relative levels of peace and calm the state saw over the last decade.

The dog-whistle politics the BJP resorted to in Assam with regards to the NRC resulted in the long-dead terrorist group ULFA’s revival. The murder of 5 Bengalis in Tinsukia, Assam, was blamed on the ULFA which even saw new recruitments over the past few weeks. Assam had achieved peace after a long and bloody battle with separatists, and the revival of ULFA in this manner is extremely worrying. Relatives of one of the Hindu Bengalis killed recently in the Tinsukia attack by suspected ULFA militants. (Source: PTI)

When you label a Sikh a Khalistani, a Muslim a Pakistani and a Kashmiri a separatist just because they do not fit into the Right wing’s all-Indians-are-Hindus mould, you just alienate people and make them feel unwelcome.

The Right wing in India, due to its supremacist outlook, will demonise minorities and alienate them, which in turn make them distrust the Indian Union.

The Right wing in India has to a large extent sowed the seeds of distrust among many minorities against the Indian Union, who are now worried if the promise made to them by our founding fathers were merely on paper and if their constitutional rights will be respected.

It is this rhetoric of the Indian Right wing that makes me believe that the real Tukde Tukde Gang threatening India is the Right wing themselves. With their chauvinistic approach to politics, they are only creating divides within Indians and allowing room for separatist movements which will only take the country down a path of violence.

A sure-shot way to deal with separatist movements is to deal with the people, to attempt to understand them and address their grievances by building a human-to-human connect. Preserving and promoting the idea of ‘India’ will go a long way and encourage many in the separatist hot-beds to embrace the Indian union. By dismissing the complaints of these people and resorting to muscular and violent policies we do no good. 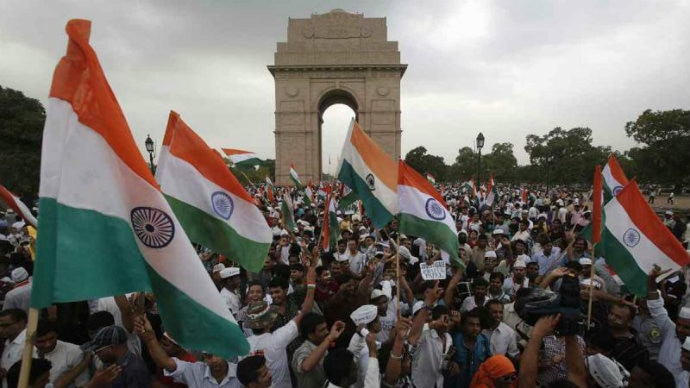 Preserving and promoting the idea of ‘India’ will go a long way. (Source: Reuters)

We need to build trust and empathise with these people if we want them to embrace us. BJP’s polarised Right-wing politics has already paved the way for violence to take root in India. Jammu and Kashmir had seen a record high voter turnout in the 2014 Lok Sabha and the 2015 Vidhan Sabha elections, but after the way in which the Saffron party handled the affairs of the state, we saw single-digit voter turnouts in the Kashmir Valley for the Municipal polls, with the two main regional parties boycotting it.

As India marks its 69th Constitution Day, all Indians, especially Liberals should be at the forefront of the fight against the hateful ideology of the Right wing which is threatening the sovereignty of our nation. The real Tukde Tukde Gang of India need to be reined in to save the idea of India envisioned by our founding fathers.

Also read: How BJP has committed a self-goal by saying NC and PDP were taking instructions from Pakistan

#Kashmir politics, #BJP, #Anti-national, #Separatist
The views and opinions expressed in this article are those of the authors and do not necessarily reflect the official policy or position of DailyO.in or the India Today Group. The writers are solely responsible for any claims arising out of the contents of this article.