Sri Sri is lying and misleading all about my Yamuna assessment

Art of Living's administration of enzymes to 'clean up' the river is an unscientific and unforgivable trespass.

The recently concluded World Culture Festival (WCF) on the banks of Yamuna is a classic case of how we govern our rivers and its floodplains, rather misgovern them.

The fact that the Art of Living (AOL) festival was planned after clearing, compacting, dumping of earth and construction debris over some 1,000 acres of the flood plain of Yamuna and by clearing the reeds and grasses underlines how it has joined the unwise assaults beginning with the construction of samadhis, Akshardham temple, Delhi Secretariat, Millennium Bus Depot, Delhi Metro and Commonwealth Games village that has devastated the floodplains.

Floodplain waters contain hundreds of plant and animal species and they are dependent on floodplains. These assaults constitute unpardonable encroachments.

The role of the National Green Tribunal (NGT) in mere condoning the violations of law and ironically also granting permission to further plunder the floodplains through WCF exposes its structural weaknesses and intent.

Issues of water quality, quantity and land use are interlinked because one cannot deal with them as if they are separate from the river basin but this is precisely what is being done. NGT's approach has been no different. There is no alternative to genuine river basin approach.

The AOL administered enzymes into Yamuna, something that the NGT has banned through its recent order. All enzymes are proteins with very few exceptions but all proteins are not enzymes. The three-dimensional structure of a protein affects its function. Therefore, those factors that denature proteins will reduce the activity of enzymes. These include changes in pH, temperature, and ionic strength.

In order to set a scientific inquiry in motion in the matter of introduction of enzymes in Yamuna, the character of enzymes used by AOL volunteers has to be established. And that is pretty unclear. If the volunteers took samples of water from the Yamuna before and after a few days of enzyme treatment and have found marked difference in the quality of water, AOL should share its documents and findings for further verification. 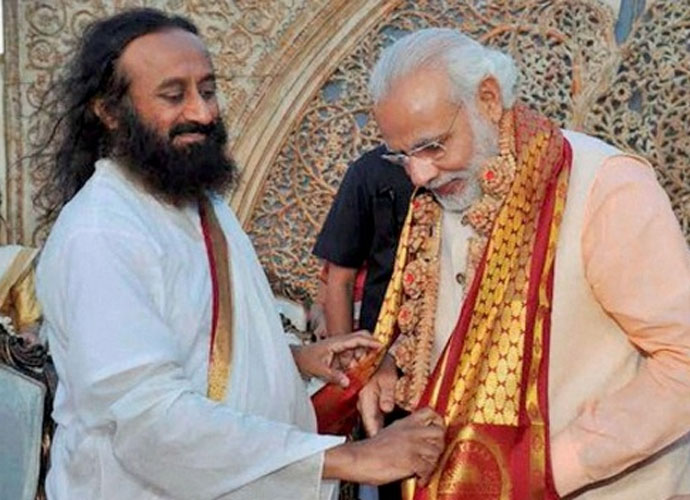 The mere spotting of buffaloes in the river post the introduction of enzymes cannot be treated as scientific evidence, one must also know that Yamuna and its tributaries have had buffaloes and even cows for hundreds of years.

However this scientific experiment merits attention because other researchers can put those enzymes in stretches other than the Barapullah drain to compare the results to ascertain its authenticity. If it indeed makes a change in the water quality without any adverse impact, it can be helpful in cleaning Yamuna and other waterbodies.

But gnawing doubts remain as to whether such measures can deal with hazardous chemicals and heavy metals too. Caution is needed because alien species of bacteria, fungi or plants can cause havoc in the local ecosystem. The introduction of an alien species can have disruptive, harmful or catastrophic outcomes. This requires assessment prior to such trials adopting the approach of precautionary principle. It will be deemed an unforgivable sin if AOL does not share the chemical composition of the enzymes it has administered in the river. It will set a very unhealthy and unacceptable precedent.

One critical factor which is not being pondered over is the balance of power between those who are responsible for causing pollution and the communities, particularly riverside communities who can make a real contribution in reducing river pollution. This balance of power is, at present, highly biased in favour of the former.

The existing system favours polluters rather than those who want to resist and fight pollution. This has to change and the communities who are willing to be involved in monitoring and reducing pollution should be strengthened so that they feel empowered enough to resist pollution and polluters. Emphasis should be given to "community monitoring of environmental health."

Given the fact that rivers are considered sacred by many people, mass mobilisation of people to reduce pollution is possible but the WCF, like other other religious and cultural initiatives in the past, failed. From the facts available it is clear that AOL enjoys huge state patronage. Whenever there is a conflict between the interest of Yamuna and other economic and cultural interests, sanity creates a compelling logic for giving priority to the former.

Pseudo-devotees fail to comprehend the sacredness of the river and its integrity. If someone enters our homes without our permission, it is considered trespass which has legal remedy. Industries and religious institutions are letting their pollutants enter our veins and arteries and cause health hazards, gene pool contamination and even deaths but with impunity.

The administration of enzymes in Yamuna appears to be an unscientific intervention. It's trespass! The relevant public institutions face a litmus test. Their stature will diminish further if they do not intervene in an exemplary manner to set the matter right, even at this late stage. The terminal decline of public institutions must be arrested to gain legitimacy in the eyes of the public.

The ruling political parties that get funded and promoted by corporate, religious and cultural organisations extend mere impotent lip-sympathy to the emotions of people about sacred rivers, but shy away from the wider policy changes that are needed to protect rivers.

#Sri Sri Ravi Shankar, #Delhi pollution, #Yamuna, #World Culture Festival
The views and opinions expressed in this article are those of the authors and do not necessarily reflect the official policy or position of DailyO.in or the India Today Group. The writers are solely responsible for any claims arising out of the contents of this article.

The author is a public policy analyst and Director, ToxicsWatch Alliance (TWA) who has done research on corporate crimes and accountability of public institutions.