How to Bust a Bank

India Today Group Editor-in-Chief talks about the YES Bank crisis and the fatal combination of ambition, greed and corruption that led to a series of failures of Indian banks, in the March 23, 2020 edition of the India Today Magazine.

"Greed is good," reasoned Gordon Gekko, the reptilian investment banker in the 1987 Hollywood hit, Wall Street. Of late, a few Indian bankers seem to have embraced that flawed logic. A fatal combination of ambition, greed and corruption has led to a series of failures of Indian banks, with disastrous consequences for India's financial institutions and economy. They include cases of outright fraud, such as Nirav Modi's collusion with bank officials to allegedly defraud the Punjab National Bank of Rs 14,356 crore, to the collapse of Infrastructure Leasing & Financial Services (IL&FS) and the Punjab and Maharashtra Cooperative Bank scam, in which the bank lent heavily to a stressed infrastructure firm, HDIL.

The most recent entrant into this hall of banking infamy is YES Bank and its promoter Rana Kapoor — the poster-boy of India's banking sector and a symbol of the Indian entrepreneurial spirit. He had crafted what seemed to be the ideal Indian success story — starting an institution from scratch and building an asset book of Rs 3.56 lakh crore in a little over a decade. Kapoor found his niche in lending to well-known companies that found it difficult to get finances from existing lenders. 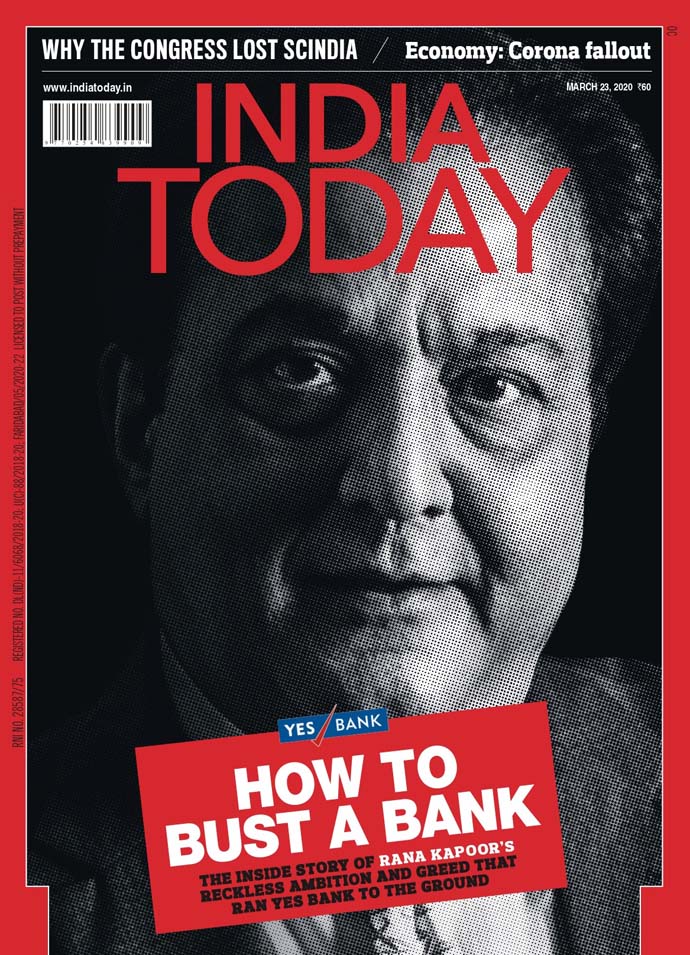 Where did he go wrong? In his greed, hubris and lack of control, it seems. His bank began signing away cheques to nearly every borrower who came along, many of whom either went bust or turned into non-performing assets in short order. What looked like a masterstroke turned out to be the bank's nemesis. Worryingly, as investigating agencies have found, Kapoor may also have had his hand in the till.

Serial scams usually expose the failure of institutions meant to detect them — from auditors that peruse the books to regulatory authorities who are meant to prevent fraud and credit rating agencies tasked with assessing the health of a bank. A broken bank shakes consumer confidence, forcing him to ask: where does the average depositor put his money? After all, banking is essentially a business built on trust. Depositors put their money in banks, trusting it will be returned. Banks loan money to businesses, thinking it will be returned. Businesses invest to generate wealth and employment. If this virtuous circle of trust and wealth creation is broken, it delivers a tremendous shock to the economy.

One of the biggest reasons why India's financial markets are in turmoil is because bad loans worth thousands of crores have been liberally dished out over the years with no due diligence to assess the borrowers or the connivance of crooked bank executives with shady debtors. It is left to the government to detoxify banks of their bad loans to avoid their collapse.

The finance ministry has in recent months infused Rs 70,000 crore to recapitalise and revive banks, and boost lending. This latest infusion is in addition to the over Rs 3.5 lakh crore the government has already spent to shore up the flagging banking sector in the past four years.

Scams have contributed in no small measure to the current mess in the financial market and to the current economic slowdown. Banks lend to non-banking finance companies (NBFCs), who used to lend to MSMEs which constitute 70 per cent of India's businesses. But now banks are wary of lending despite sitting on cash reserves because they are fearful of accumulating NPAs or facing prosecution if the loan goes bad.

Our cover story, 'How to Bust a Bank', by Anand Adhikari, Executive Editor, Business Today, analyses the causes of the downfall of one of India's biggest banking icons, the lessons from his fall and the consequences of this failure.

Unlike in the case of the telecom sector, the government acted swiftly in the case of YES Bank. It removed Kapoor from the bank last year and recently got the State Bank of India to shore up the collapsing bank by investing in it, thereby assuring depositors that their money will be safe. However, this probably will not be enough, and YES Bank will have to look for other investors or a merger. The spate of banking frauds is a wake-up call on the need to set up the equivalent of a quasi-judicial body, such as the National Company Law Tribunal (NCLT), to handle failing financial companies. Earlier, it was only public sector banks that were considered the bad boys of the banking system, but now the failure of a private bank and disclosures of the shenanigans of NBFCs have put a question mark on the whole financial system. Genuine and fundamental banking reform, in all its aspects, is the need of the hour. Whatever has been done so far has been haphazard. No economy can grow with a broken financial ecosystem.

Also read: Yes, India’s big three banking CEOs are in hot water – but why bring their gender into it?

Post your comment
#India today magazine, #Non-performing assets, #Rana kapoor, #Yesbank
The views and opinions expressed in this article are those of the authors and do not necessarily reflect the official policy or position of DailyO.in or the India Today Group. The writers are solely responsible for any claims arising out of the contents of this article.