Amit Shah's strategically crafted move has only raised the UP CM's stock in the party.

If anyone thinks that Uttar Pradesh chief minister Yogi Adityanath's recent foray into Gujarat and Kerala could make any difference to BJP's political prospects, especially in poll-bound Gujarat, perhaps that person would be overestimating the saffron-clad leader's capabilities.

However, there is no denying that the strategically crafted move has definitely raised his stock within the party.Seven months back, when Yogi was handpicked for the top job in Uttar Pradesh, it was a huge surprise for all and sundry.

It was a meteoric rise for Yogi -- from the head of a popular temple trust to becoming the head of the government in the country's most-populous state. Prior to that, he neither held any position in the government nor in the party organisation. 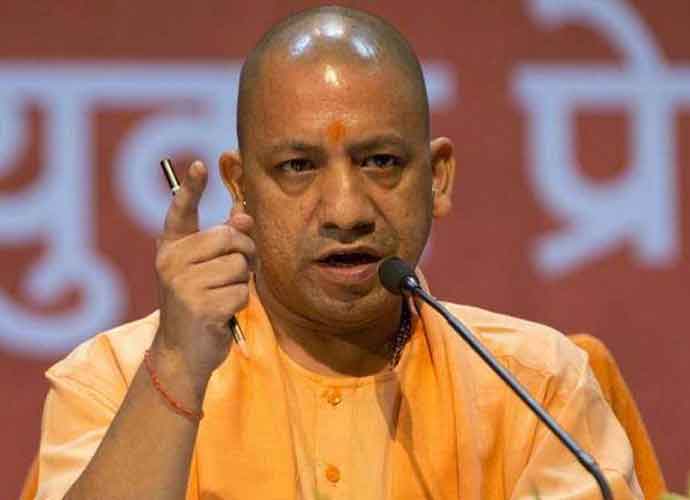 Yogi has received only lukewarm response in Gujarat and a rather cold response in Kerala. Photo: PTI

Even though his influence as the mahant of Gorakhnath Temple was limited to parts of eastern UP - where he had managed to cast his spell on the people solely through his aggressive Hindutva agenda - that he would also manage to get precedence over seasoned BJP leaders for the UP CM's chair, was something that neither party insiders nor outsiders could anticipate.

Prime Minister Narendra Modi's body language at the time of the UP CM's swearing-in in Lucknow also roused many doubts about Yogi actually being his first choice. But nothing succeeds like success. And the saffron-clad sadhu, who was seen essentially as a rabble-rouser, went on to occupy the throne in Uttar Pradesh.

Once on the hot seat, his influence grew by leaps and bounds. Everyone, including many who could not see eye to eye with him, eventually had to fall in line.

Even as he was yet to prove his skills in governance - perhaps due to inexperience - he was clearly the rising political star.

And no sooner than he was flown into Gujarat as a key campaigner in Modi's own homeland as also down south to Kerala, where BJP has been desperately trying to make inroads, he was in another league.

Sure enough it was a giant leap for someone who was not even considered a campaigner in many areas of his own state, other than his pocket borough in eastern UP. The only places where he was tried at the last election were the few communally charged districts in western UP.

In fact, the party performed miserably when Yogi was entrusted with the leadership of the campaign in the 2014 by-elections in Uttar Pradesh, when it lost eight out of the 11 seats that went to polls, barely four months after the party rode the crest of a Modi wave, winning 73 of the 80 Lok Sabha seats. All Yogi did in Gujarat was raise his hackneyed rhetoric - "Rahul does not believe in Ram or Krishna, so why should he be visiting temples?" Photo: PTI

While it was natural for Keralites to ignore someone who was busy advocating ban on beef (including buffalo), the Gujarati reaction to him was quite unexpected. Who could have imagined that people in a "Modi-monopolised" Gujarat would cold shoulder his special envoy, Yogi Adityanath, who as a Hindutva icon acquired a profile even larger than that of Modi's?

Visibly, Yogi had little to offer other than a negative campaign - all about Rahul Gandhi. And that too by raising his hackneyed rhetoric - "Rahul does not believe in Ram or Krishna, so why should he be visiting temples in Gujarat?"

He even went to the extent of alleging that when asked to squat in a temple, "Rahul sat in a 'namaz' pose". How would such a campaign benefit the BJP is beyond anyone's comprehension.

However, it was quite evident that by default, Yogi was giving undue importance to Rahul Gandhi and the Congress. In a state, where the Congress has been down in the dumps for more than two decades and was still struggling hard to find its bearings, Yogi Adityanath's tirade against Rahul Gandhi could only prove to be counter-productive and may eventually resurrect the Congress.Modi himself went on a Congress-Sonia-Rahul bashing. He accused them of giving Gujarat a raw deal. He blamed the Congress leadership for ignoring Gujarati stalwarts like Sardar Vallabhbhai Patel, his daughter Maniben as well as Morarji Desai.

It is beyond my comprehension why the Modi-Amit Shah duo thinks a negative campaign against the Nehru-Gandhi family will be a winning strategy in Gujarat.

And a replay of the same by Yogi is unlikely to give the party any boost in a state where unemployment has hit the youth hard even as industry and commerce is yet to overcome the pangs of demonetisation and GST.

Yogi is already facing questions about his failure to put his own house (UP) in order. With bad law and order under the previous Akhilesh Yadav government now turning worse, unattended health services leading to unabated deaths of children in government hospitals in his own hometown and the communal element getting a free run, the UP chief minister has very little to showcase before people in Modi's Gujarat.

In his seven months as UP chief minister, he has been particularly good at making tall claims. But, in Gujarat even that seems to be missing. Instead, Yogi's energies are directed solely towards training his guns at Rahul. What has the "shehzada" or "Pappu" done to rattle the saffron brigade is incomprehensible.

If the BJP bigwigs were hoping to bring out the rabble-rouser in Yogi to polarise votes in Gujarat, then perhaps new cards would be unfolded in his next round of the campaign.

As of now, far from adding any value to the party campaign, he had clearly served only one purpose - enhance his own profile.

#Kerala Polls, #Gujarat, #Yogi Adityanath, #Hindutva
The views and opinions expressed in this article are those of the authors and do not necessarily reflect the official policy or position of DailyO.in or the India Today Group. The writers are solely responsible for any claims arising out of the contents of this article.