Gorakhnath was probably the most famous Yogi of the last more than 1,000 years throughout India. The Nath Yogis, of which he was the main teacher along with his guru Matsyendranath, were the main proponents of Hatha Yoga and many other esoteric Yoga teachings.

They were the most important of the Yoga Siddhas, honoured among the Tibetans as well. Many Yoga groups today honour Gorakhnath and place him in their lineages.

Explications of of asana, pranayama, mantra, kundalini and chakras are prominent in Nath Yoga teachings. Many classical Yoga texts like the Hatha Yoga Pradipika derive from the Nath Yogis.

The name as Gorakhnath, which does mean the “protector of cows”, was not given because he was a mere gau rakshak, but is simply a general name. Gorakhpur is his main city, yet he is associated with sacred sites all over India from Kailas and Manasarover in the north.

He was well known in the west of India with shrines in what is now Pakistan and Afghanistan. Some Sufis later studied his teachings as well. 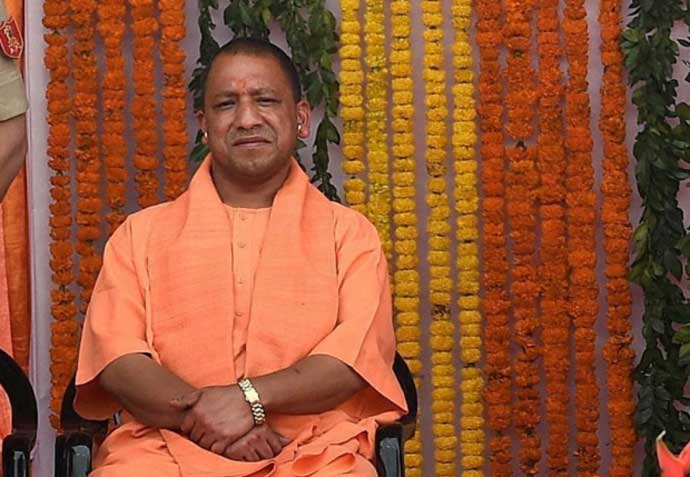 Yogi Adityanath’s concerns continue those of the Nath Yogis.

Yet, what many people do not know is that the Nath Yogis he inspired were extensively involved in the defense of temples and holy sites andformed an active resistance to Islamic invaders.

The Naths were warrior yogis. The Naga Babas largely derive from them, and the Sikhs and Marathas reflected their influence. Many Nath Yogis died in their battles to protect Hindu shrines from destruction. Yet they also maintained their deep Yoga practices and teaching traditions.

Yogi Adityanath’s concerns continue those of the Nath Yogis. In fact, Yoga in India since the time of the Bhagavad Gita has always had social and political concerns. The Gita emphasises the Kshatriya tradition of Yoga and Lord Buddha was originally a king. Monks not only in China and Japan but also in India had their martial arts.

Yogi Adityanatha’s statements have caused some concern with India’s media and certainly his views should be carefully studied. Yet many of his comments have been distorted. So it is important to let him clarify his views, and not to go back to old allegations.

Sadly, the same media that has targeted Adityanath has long played up to Islamic preachers. It supported Zakir Naik for years, making him into a celebrity, before his terrorists associations, which never difficult to see, could no longer be denied. The media still treats Asaduddin Owaisi with respect and seldom finds his views, which can be quite separatist and extreme, to be worthy of criticism.

That Hindu leaders, extending to Swamis, are denigrated is a sad fact of India’s recent media, which can excuse Jihadis and separatists, particularly in Kashmir, but expects Hindus not to press for their rights in their own country. It can make heroes of Laloos and Mayawatis with their casteist politics, but a Swami seems unacceptable and a divisive figure in principle.

Those who win the election, particularly a landslide victory like in Uttar Pradesh, do have the right to form the government, bring in their leaders and have their concerns addressed. It is their duty to those who voted for them. Had a Muslim or a Yadav group won, they would provide benefits for their communities, as they have done in the past.

Communist rule in Kerala since coming to power recently has been quite aggressive and anti-Hindu, which the media still does not find fault with. Sikh rule in Punjab is now accepted by all, or Tamil identity politics in Tamil Nadu. Yet, somehow, a Hindu voice or appearance in Hindu majority India is considered to be wrong and offensive however it is formulated.

Let us see what Yogi Adityanath and the new BJP rule in UP actually does before casting aspersions. The records of the defeated SP in terms of human rights and law and order issues in UP were abysmal, with many communal clashes. UP under SP was at the bottom of most development indexes as well.

It is a new Modi era in India and expect more surprises. Yet the logic of Modi’s choices is clear, which is to create a new India without denying the country’s older dharmic heritage.

Modi’s vision is one of development but also of cultural integration and spiritual regeneration. Such a reawakened dharmic India has the power to guide the world in this age of uncertainty and declining values.

Also read: Adityanath should be given a chance - but by blanking out his past, we live in denial

#Hinduism, #Yogi Adityanath
The views and opinions expressed in this article are those of the authors and do not necessarily reflect the official policy or position of DailyO.in or the India Today Group. The writers are solely responsible for any claims arising out of the contents of this article.