Bringing Home The Bias: Biryani bhakts, Zomato liberals and the idea of India

As Hindutva makes up new traditions each day, which apparently includes boycotting Muslim food delivery boys, a courageous corporate has taken a stand. Can we digest it?

Hinduism, as a religion, has always been plural in nature. Its non-monotheistic nature has meant that various practices co-exist, each within its microcosm of meaning and significance. There are times when there is also an overlap in rituals and mythologies.

The problem with Hindutva is that it is a new entity altogether — part-religious, part-political, part-social media invention, part-laddish youth movement. Hindutva is making up the rules as it goes along, leaving everyone else, Hindus included, floundering in a sea of confusion.

What exactly are the rules?

The cow was sacred, to begin with. Overnight, the buffalo was added to the list of sacred animals (‘buff’ vanished from restaurant menus), making one wonder if in the future, all milch animals will be labelled sacred. This week, a man in Jabalpur decided that he won’t accept a food delivery from a Muslim rider assigned by Zomato. Why? Apparently because it is the month of shravan. This strikes me as a brand new taboo — a maverick combination of Islam, food, the monsoon and the mobile phone, and which builds on the taboo of untouchability, a central pillar of the caste system. 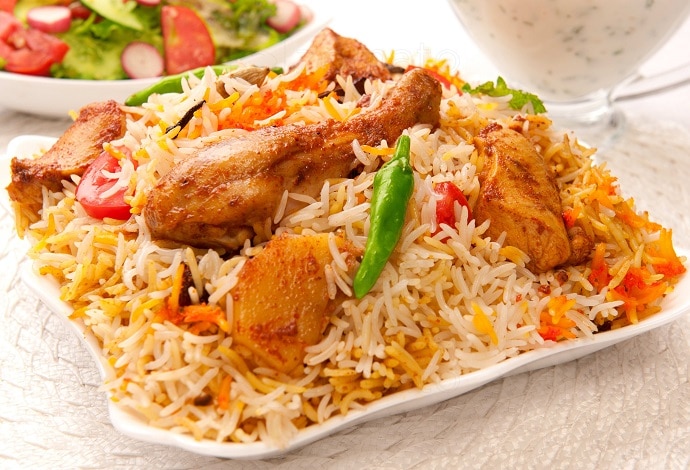 Hate vs Plate: There is a new breed of liberals out there, 'biryani bhakts', different from the Khan Market sorts. (Photo: Zomato)

The new enemy was not ‘pashchatya sanskriti’ now — but the ‘urban naxal’.

Earlier, there used to be one Navratra, now there are two. At some point, Hindus decided that they won’t get haircuts, drink whisky and eat chicken on Tuesdays. Traffic signals saw a spike in Shani Devta followers, begging for alms on Saturdays. There was a time when getting railways reservations was easier during ‘pittar’, because Hindus believed that train travel was inauspicious in this window of time. The link between ancestor worship and brown train bogeys now seems broken.

The kanwar yatra was originally performed by quietly committed individuals, walking long distances barefoot in the rain, and keeping to themselves as much as possible. Transformed by Hindutva, the Kanwar Yatra version 2.0 now counts DJs and German techno music as a basic minimum requirement.

The karwa chauth fast is a new trend as well. Those with money park their fancy cars on sleek Delhi flyovers and wait to catch a glimpse of the moon. When I was growing up in the 1980s, the occasion wasn’t such a big deal. We like glowing in the dark: Karwa Chauth is also a relatively new addition to Hindu festivities. (Photo: Movie still/Kabhi Khushi Kabhie Ghum)

With Hindutva inventing tradition at such relentless pace, it becomes difficult for people to run businesses, eat what they want and to know what is right and what is wrong or offensive. It would be useful for the rest of us if Hindutva laid down a list of dos and don’ts once and for all.

The second point I want to make regarding the battle between ‘Zomato liberals’ and ‘biryani bhakts’ (basically Hindutva-types who eat non-veg) is that the bhakts should learn to argue. To say that Zomato discriminates against Hindus by labelling meat as halal is flawed logic. The Muslim rider was only delivering what had been ordered by — let’s call him — Shravan Kumar. No Muslim has had a problem with a Hindu rider delivering a pizza during Ramzan. Besides, halal is the food you eat; the delivery boy is not edible. I would have empathised if Shravan Kumar harboured cannibalistic tendencies: I only eat Hindoos.

The third point is about how these apps throw up names on your phone. I’ve met bhakts who wake up and go to sleep spewing venom against Muslims. It’s in every breath they take. When I order a cab, the driver is often a Muslim. Given the present atmosphere in the country, if I was in his position, I would beg the aggregating app to conceal my identity.

It sounds like the end of freedom but I’m only being practical. Lynchings have already become a part of our lexicon and reality. This is accompanied by a rise in low-grade hostility, of communalised gas-lighting. People can find ways of being hostile to you because of your religion, even if they don’t say anything to your face outright. Prejudice is like a drug dealer; it has many pockets.

The fourth point regarding this debate is about how no one is talking of the hardships of a delivery boy’s life, regardless of religion. In a city like Delhi, this person will risk life and limb on a motorcycle to deliver you one chola-bhatura and a Pepsi. In the summer, the temperature is 46 degrees, in winter, the minimum is two degrees, and the rains — we all know how hard it is: the traffic snarls, the flooding, the flapping raincoat that can get caught in the wheels, the high rate of road fatalities, the highest in the world.

It’s a hard job. And not all delivery boys are boys — I’ve had food delivered by greying men fallen on tough days, honestly trying to make ends meet in the city. 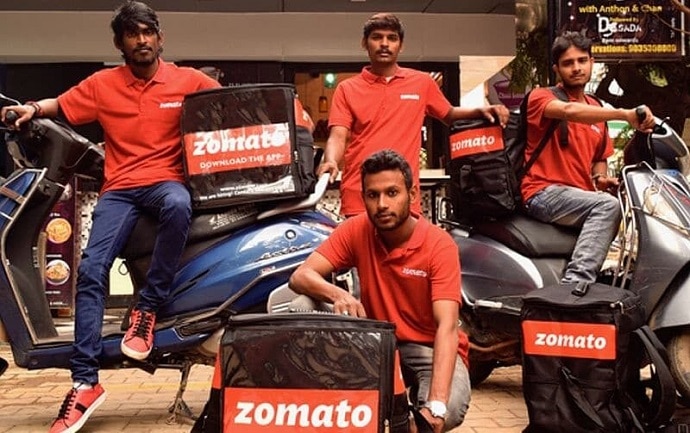 Storm Riders: It's not easy being in the food delivery business, braving extreme weather, hostile traffic — and/or bigots. (Photo: IANS)

The middle class Indian, ensconced in his gated community, is more interested in taking the delivery boy to task and giving him ‘one star’, than being grateful for food being delivered virtually for free. The delivery boy is a highly vulnerable service provider on which the middle-class Indian takes out his existential frustrations.

He is a punching bag, a scapegoat, a whipping boy.

The fifth and last point is about Deepinder Goyal, the founder of Zomato, who tweeted, ‘We are proud of the idea of India and the diversity of our esteemed customers and partners. We aren’t sorry to lose any business that comes in the way of our values.’

This tweet has spawned a new kind of liberal — the ‘Zomato liberal’, as distinct from the more affluent Khan Market liberal. Another way of putting this is that while the latter has shifted to craft beer, most likely Kati Patang, the Zomato liberal is still making do with Kingfisher Strong and Old Monk.

While both these types of liberals are united in their support for Zomato, Goyal has shown tremendous business courage, something we associate only with American capitalism where brands are known to take stands.

Days after Donald Trump passed an order to temporarily close borders to refugees, Airbnb put out its ‘We Accept’ commercial, featuring people from various nationalities: ‘We believe no matter who you are, where you’re from, who you love or who you worship, we all belong.’

The Nike ad featuring Colin Kaepernick, playing on his refusal to stand during the national anthem during matches — a sign of protest against racial injustice and police brutality — made world headlines. While some set fire to their trainers, Nike reported a short-term sales surge.

We are proud of the idea of India - and the diversity of our esteemed customers and partners. We aren’t sorry to lose any business that comes in the way of our values. 🇮🇳 https://t.co/cgSIW2ow9B

Gillette tackled the issue of toxic masculinity, a timely response to the #MeToo movement. ‘The best men can be’ campaign, questioning traditional notions of manhood, generated four million views in 48 hours, and prompted calls for a boycott of the product by celebrities like Piers Morgan, ‘men’s rights’ campaigners and social conservatives, obsessed with maintaining the gender status quo. The company, now owned by P&G, put out another ad in May that showed a father teaching his transgender son how to shave.

Gillette has suffered. The company’s CEO, Gary Coombe, recently admitted $5 billion in losses for the first quarter. The ad was attacked over ‘virtue signalling’ and the calls for boycott worked. But, in an interview to Marketing Week, Coombe sounded unfazed, explaining that the commercials were a ploy to re-capture market share amongst conscientious millennials: ‘I’m absolutely of the view now that for the majority of people to fall more deeply in love with today’s brands you have to risk upsetting a small minority and that’s what we have done. It’s a price worth paying.’

Coming back to the Zomato idea-of-India tweet, one can see this as a gamble — they are taking the risk of upsetting a small minority. The anti-Zomato message will be spread on WhatsApp University across the nation. Will Zomato’s business be affected?

For in India, this small minority is also the ‘oppressed silent majority’ that, through the ballot box, has voted for a vastly different idea of India, a majoritarian idea of nationhood, which is very much in currency now.

What Goyal, the Zomato CEO, is banking on is that market and politics operate under different conditions and rules, in separate theatres.

One hopes he is right in his estimation.

Also read: Why stop at Zomato's Muslim food delivery boy? Haters, boycott all these to be a proud nationalist!

Post your comment
#Karwa chauth, #Liberals exposed, #Food affects our mood, #Delivery
The views and opinions expressed in this article are those of the authors and do not necessarily reflect the official policy or position of DailyO.in or the India Today Group. The writers are solely responsible for any claims arising out of the contents of this article.