Why Shastri is unhappy Kumble got Team India coach's job

In all fairness though, the former India all-rounder had done a decent job after taking over as Team India’s director in 2014.

On November 2, 2008 when Anil Kumble announced his retirement from international cricket after the Delhi Test against Australia, the man who interviewed him at the post match presentation was Ravi Shastri.

Nearly ten year older, and having hanged his boots in 1992, Shastri knew what crosses the mind of a cricketer on the last day of his career. But, intriguingly, during the interview, in which Kumble did most of the talking, Shastri did not ask the expected “what next” question.

And though Shastri did call Kumble “one of the giants of Indian cricket” in his parting comment during the brief interview; and also wished the Bangalore man best for the future, many still believe Shastri, an articulate and suave man who entertains as much with his mouth as he did with his cricketing skills, was more than economical in bidding adieu to India’s most successful bowler ever.

Shastri, during his interview, made no mention of Kumble’s epic performance on the cricket field; not a word on his ten wickets in an innings, and no mention was made on how the gutsy spinner once bowled with a broken jaw.

Even the most obvious question — how would Kumble transfer his rich experience to the next generation of Indian cricketers — remained unasked. 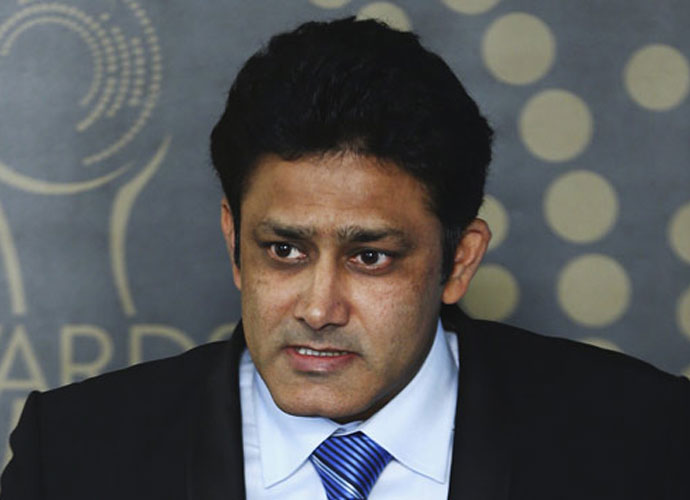 Kumble may well have answered this now. As almost eight years later, Kumble, despite his late entry as an aspirant for the job of Team India’s head coach, has pipped Shastri to the post.

Before Kumble made a late entry, and former India captain Sourav Ganguly, who was a member of the panel searching for Team India's head coach, started pushing Kumble's candidature, Shastri was considered the most preferred candidate for the position.

In fact, Kumble was not on the 21-man shortlist for the final interview with BCCI's cricket advisory committee.

No wonder then that Shastri was gutted after he was denied the post, notwithstanding BCCI's special mention of his good work in their official release on Thursday (June 23) night.

Asked if he was disappointed at not having been selected the Indian coach, Shastri has been quoted as saying, "Yes, for the work put in, and results produced in the last 18 months. But if it (tenure) was for only one year then, not really."

When Kumble arrived in England to play his first Test at Old Trafford, Shastri was already established as an India opener.

Kumble bagged three wickets in that match, and Shastri scored a total of just 37 runs in two innings. Two years later, when Shastri played his last Test for India as an opener against South Africa in December 1992, he scored 15 runs in two innings at Port Elizabeth.

Kumble, playing as the number ten batsman scored 31 runs, besides taking three wickets to Shastri’s none in the match that India lost by nine wickets. India played one more Test in that series, but Shastri was not included in the playing eleven.

In all fairness though, Shastri had done a decent job after taking over as Team India’s director in 2014.

India bounced back after a Test series defeat to convincingly win in the ODI series against England. India reached the semi finals of the World Cup and World T20 under Shastri.

Kumble is expected to take Team India from where Shastri left. By the way, do they remember the interview during the post-match presentation ceremony on the last day of Kumble's international career?

#BCCI, #Ravi Shastri, #Anil Kumble
The views and opinions expressed in this article are those of the authors and do not necessarily reflect the official policy or position of DailyO.in or the India Today Group. The writers are solely responsible for any claims arising out of the contents of this article.