The BPL is a socialist system where the revenue generated is distributed evenly among the 20 teams.

It's that time of the year again.

The new football season is round the corner and millions of fans worldwide are both excited and nervous at the thought of the endless possibilities that a new season carries.

As we await the start of yet another season filled with drama and emotion, let us spare some time to consider just what it is that makes a league successful.

For example, during last summer's transfer window, it was estimated that Premier League clubs together spent a staggering $1.1 billion net on new recruits, more than double that of the Italian Serie A in second place. The figure is even more lopsided during the winter transfer window when most of the transfer business is done by bottom half English clubs in a bid to steer clear of relegation. 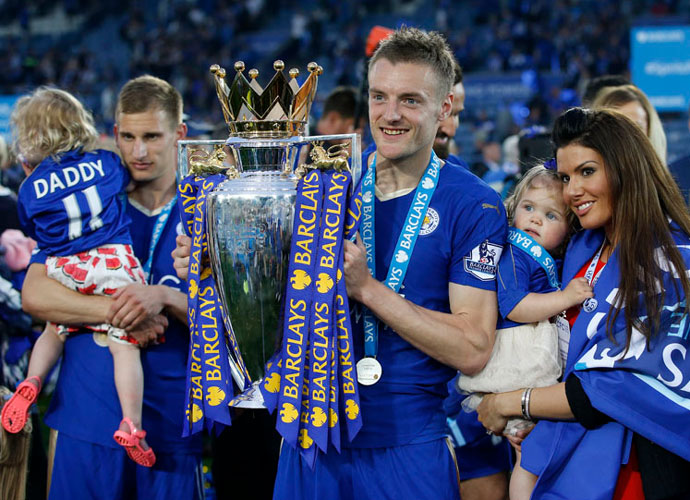 Leicester City's Jamie Vardy with the Barclays Premier League trophy after inspiring his club to the title in the 2015-'16 season.

The reason this huge difference in transfer spending exists is because the Premier League is the most-watched league in the world and as a result, is able to charge a considerably higher price for its TV rights. But that isn't all that makes the Barclays Premier League unique.

The Premier League is a socialist system where the revenue generated from selling international TV rights is distributed evenly among the 20 teams.

So the team that finishes last gets the same proportion of the international TV money as the team that wins the league. This enables even smaller teams to be able to compete for top players and as a result, the league is getting more competitive every passing season.

Compare this to the La Liga where Real Madrid and Barcelona together take home around 80 per cent of the total revenue generated from selling TV rights. While some people view this as being unfair on the other teams, Real and Barca make the case that they deserve a bigger piece of the pie since they are the ones that draw huge audiences to the league.

A new law was recently drafted in Spain to change this model starting from the next season but it will likely take some time before these changes trickle down and make the league more competitive.

Thus we have two contrasting approaches here. While the La Liga for a long time has allowed different clubs to negotiate a deal for themselves, the Premier League has opted for a more egalitarian model. So which is the better approach? The proof may not necessarily be in the pudding in this case.

If you look at club success as the main criterion, in recent years the likes of Real Madrid, Barcelona and Bayern Munich have been much more successful in European competitions than top Premier League clubs.

Therein lies the advantage of a capitalist system. Those at the top do not have a ceiling for growth and can aspire to keep getting better. The top La Liga teams are able to afford the best players in the world and the likes of Lionel Messi, Cristiano Ronaldo, Luis Suarez and Gareth Bale add more star power to the league and in turn attract more viewership.

But are trophies the only way to measure a league's success? The numbers certainly don't seem to suggest so.

The Premier League not only remains the most popular league in the world but its popularity is growing at a faster pace than the other leagues in huge markets like Asia, North America and Africa. Even the most passionate followers of the La Liga, Bundesliga or Serie A will admit that these leagues are unlikely to ever catch up with the popularity that the Premier League enjoys around the world.

Apart from the first mover advantage that the Premier League was able to establish in most markets, it also has a lot to do with the fact that people enjoy leagues that are competitive in nature where even smaller teams can beat the bigger teams on a regular basis.

Much to the dismay of the big clubs in the league, the Premier League has stayed true to the ideals of sport by giving the underdog a fair shot.

As a result, every match puts a fan through a roller coaster of emotions and no point comes easy. Evidence suggest that this has worked to the league's advantage as most fans would rather watch a league like the Premier League where a fairy tale like that of Leicester City is possible.

The reason competitive sport strikes a chord with us is because it appeals to our tribal nature and we all enjoy backing our tribes in fierce battles. This is perhaps why the Premier League resonates with football fans in a way no other league does. This also explains why most top managers seem to be gravitating towards England despite enjoying tremendous success in other leagues.

While there is no doubt that clubs like Real Madrid, Barcelona, Bayern Munich, PSG, Ajax, AC Milan, Juventus and others are all great footballing institutions, English (and Welsh) teams are truly blessed to be part of the great spectacle that is the Barclays Premier league.

#Leicester City FC, #La Liga, #English Premier League
The views and opinions expressed in this article are those of the authors and do not necessarily reflect the official policy or position of DailyO.in or the India Today Group. The writers are solely responsible for any claims arising out of the contents of this article.