Tougher tests lie ahead for him. Some in the courtroom, some in politics.

Just when we had all but forgotten about former BCCI big boss N Srinivasan, he resurfaced at the post-match ceremony of the Chennai Test. On being introduced, he was even cheered on. Though such was the mood at Chepauk after the win, they would’ve cheered anyone.

Srinivasan smiled. A smile not seen in years. A smile that was lost in the face of boos, relentless pursuit of the press and investigators. A smile that resurfaced, possibly because a part of him had reacquainted with that much maligned term his son-in-law used in his Twitter bio.

Had Srini become a "cricket enthusiast" again? And what greater joy for a cricket enthusiast than to be watching his team win, to be shaking hands with his winning captain, to be bathed in cheers by the knowledgeable Chennai crowd.

Just when we had all but forgotten about the Lodha Commission, Supreme Court and the BCCI, the second day of the year, provided more than a gentle rap on the knuckles of India’s cricket administration.

BCCI presidents are immovable objects. Anurag Thakur was no different. The second youngest president in BCCI history, he was holding on to his blazing saddle unmindful of the blaze - another strong trait of BCCI babus.

It was because of this continuous denial that it seemed unlikely that anything would come of Lodha’s pursuit. Deadlines came, deadlines died. BCCI appeared to be on to one of their usual well-orchestrated manoeuvres in the dark.

And then day broke, and with it, the axe fell on president Thakur and secretary Ajay Shirke.

Is that it for Thakur and cricket? Will there be a Chennai Test for him, where he will stand in the post-match ceremony and be applauded by the knowledgeable Chennai crowd? Or will he be lost in the VIP enclosures of the HPCA, Dharamsala? Lost behind his aviators, left to ponder, what might have been.

It was here in 2000, still in his 20s, that his rise as a cricket administrator began - as president of the Himachal Pradesh Cricket Association. After playing just one first class match, he was eligible to become a national selector for junior cricket. He became a national selector. 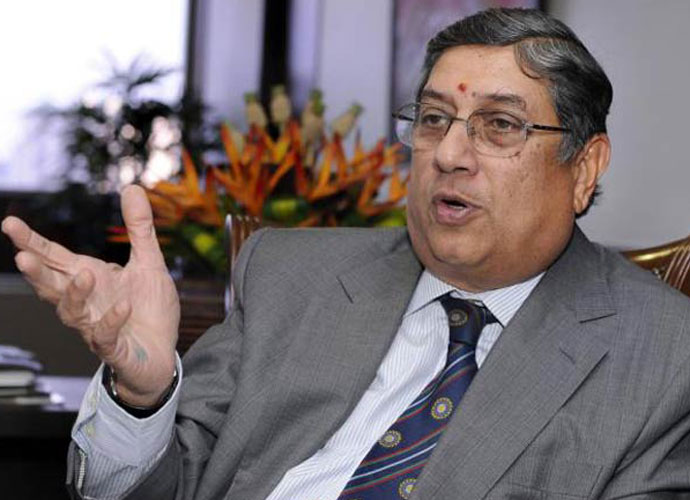 From 2011 onwards, Thakur’s rise had been almost quick gun Murugunesque: from a BCCI office-bearer to BCCI joint secretary within months, to the ultimate BCCI policeman, becoming increasingly vocal of the IPL spot-fixing taint - taking on big boss Srinivasan in open letters and in the press.

By sacking Thakur, the Supreme Court might have done him a favour. He’s run this race as far as he could. The Lodha recommendations were made on July 18, 2016. In less than six months, in his last week in office, Justice TS Thakur has made one mighty landmark judgment.

Tougher tests lie ahead for Thakur. Some in the courtroom, some in politics.

The first Test match in Dharamsala on March 25 seems a long, long way away. And probably the last thing on Thakur’s mind right now.

And nobody can take that away. Not the BCCI, not the ECB, not CA, not any cricket board in the world. Not Anurag Thakur. Not the Supreme Court.

But can the Supreme Court take away from cricket’s political game? That’s where the real test lies. On second thoughts, a series of tests.

My statement on the Supreme Court @BCCI verdict. pic.twitter.com/cXvEx6eIU4

#Supreme Court, #Anurag Thakur, #BCCI
The views and opinions expressed in this article are those of the authors and do not necessarily reflect the official policy or position of DailyO.in or the India Today Group. The writers are solely responsible for any claims arising out of the contents of this article.