Australia vs India Test saw thousands of cricket fans at MCG on both days. When will Indian stadiums witness such a spectacle?

India is widely considered to be cricket’s financial epicentre. But will Indian grounds ever see the kind of crowd present at Melbourne for a test match?

The historic Melbourne Cricket Ground (MCG) saw a crowd of 73,516 Australians on Boxing Day to watch Tim Paine's Australian team battle Virat Kohli's Indian side in the 3rd Test Day 1 on Wednesday. While some in the cheering crowd could have been Non-Resident Indians (NRIs), Australians are considered to be more particular about keeping their date with the Boxing Day matches.

And it is not just about Boxing Day. You can almost count on the Aussies to not miss any competitive test matches.

Thursday's crowd of 36,524 cricket fans at MCG braved the stifling heat, establishing that it had nothing to do with Boxing Day being a holiday. Thursday was very much a working day in Australia. 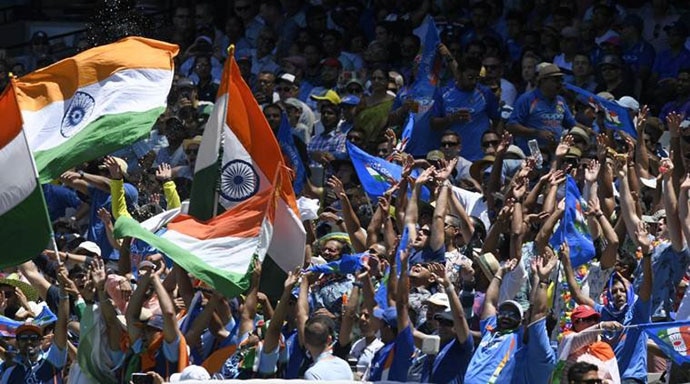 Fans cheer during day 1 of the third cricket test between India and Australia in Melbourne on Wednesday. (Photo: Associated Press)

While South Africa and New Zealand have also been simultaneously hosting test matches on Boxing Day, none of those matches saw a crowd turn-out as high as MCG. While the crowd to see the Boxing Day test matches in Centurion — between South Africa and Pakistan — and at Christchurch — between New Zealand and Sri Lanka — was passable, it is evident from the crowd's response that the interest in test cricket in these countries is gradually dwindling.

Perhaps England is the only other country in the world where test cricket is as enthused over as in Australia.

Have a match on a holiday like Boxing Day in England, and you can be sure of an almost full, if not a brimming-over stadium.

The question now arises over the interest of the Indian crowds vis-à-vis test cricket, with the country being considered as the game's financial epicentre.

Looking at recent matches, it would be prudent to assume that if a test match was scheduled in India — even on a holiday — it would be a task to fill the stadium. Forget filling the stadium to its old capacity of seating over 90,000, the famed Eden Gardens in Kolkata would not be filled to even half of its new capacity of holding 65,000 people, if the recent poor response of the crowds were to be accounted for.

If one thought that moving test cricket out of the traditional venues (considering more and more grounds are now hosting long-form cricket) could draw the crowds, sample Cheteshwar Pujara's fantastic 124 runs against England in the 2016 test match. It failed to draw enthusiasts though the match was held in Rajkot — Pujara's hometown. 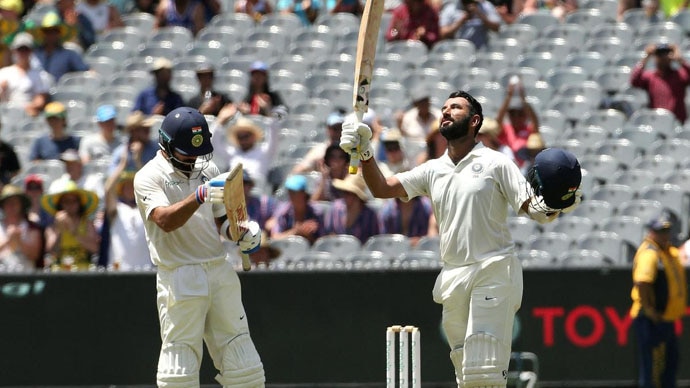 Day-night test cricket — played with the pink ball — has the potential to draw office-goers for evening sessions. But the myopic vision of the BCCI and the Indian team management hasn't explored the idea yet. While the BCCI may be sitting pretty with its revenue stream governed by IPL media rights money, the same broadcasters also spent big bucks to purchase bilateral cricket rights. And they bear the returns on investment in mind, which was evident when they questioned the decision to allow Virat Kohli to rest from the Asia Cup.

Fundamental differences do remain in the spectator choice of Indians, as opposed to those in England and Australia.

Ever since the IPL has taken root over the past decade, crowds in six to eight venues are assured of eight high-voltage T20 games to choose from every year. While Australia also has its popular Big Bash, and England will soon have its 100-ball league, culturally there is only so much money an Indian fan would be willing to spend on cricket. In the older test venues, fans often picked one Indian batting day in a test match to get their money’s worth.

The other issue is the lack of rivalries. Wishful as it may sound, but schedule test action between India and Pakistan in India, and we could be assured of full stadiums. However, that would be a short-term crowd response resulting from the drought of test action between the arch-rivals, and acrimonious sentiments between the two nations, fuelled by political realities of the day.

Yet, if any Indian test team can draw crowds to the stadiums, it's the current one — led by the game's biggest superstar.

It is time to draw inspiration from the MCG example and find ways to invite crowds to watch test cricket before the commercial eye blinks in judgement.

An 1,10,000-seater stadium is coming up at Ahmedabad — but is anyone thinking of how to fill those seats?

Also read: Why Virat Kohli is fantastic, but won't reach the heights of Pataudi, or Dravid

Post your comment
#Melbourne cricket ground, #Cheteshwar pujara, #Test Cricket, #India australia test
The views and opinions expressed in this article are those of the authors and do not necessarily reflect the official policy or position of DailyO.in or the India Today Group. The writers are solely responsible for any claims arising out of the contents of this article.