A far cry from the times of a lone Prakash Padukone and then a Gopichand. Indian badminton never looked so good.

Did Jan O Jorgensen of Denmark pay the price for underestimating unseeded Sameer Verma at the Hong Kong Open 2016? His body language seemed to suggest so. Verma clearly looked like the player who had prepared better for this first meeting between the two players. Jorgensen did not know Sameer for the world number 43 had never gone beyond the second round in any super series event before this encounter.

The foxed expression on the face of Jorgensen's coach sitting on the sidelines and the number of times Jorgensen changed his racquet were a giveaway.

The scoreline 21-19, 24,22 suggests a tight game but anyone who saw the match would tell you Verma made Jorgensen run for every point and in fact, had his nose ahead for most part of the match. It is a clash the world number 3 would like to forget in a hurry. Sameer Verma's win to reach the finals of the Hong Kong Super Series is a red letter day for Indian badminton. 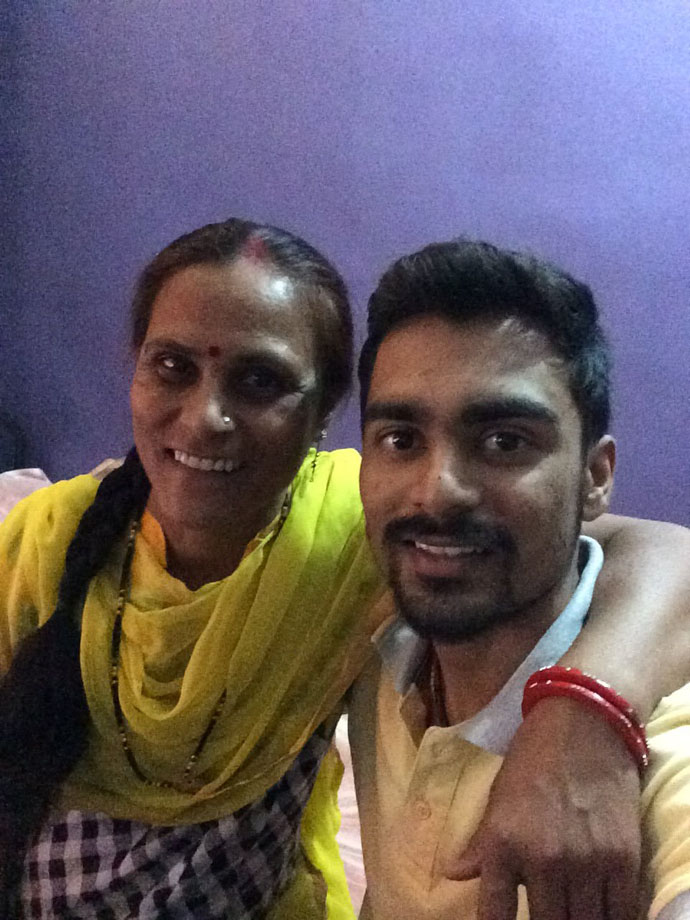 If Sameer was tense, he did not show it. Instead of behaving like a lamb being taken to slaughter, he displayed cool as cucumber nerves and had a nothing-to-lose approach to the game.

In fact, it was as if coach Siyadath sitting on the sidelines was also playing the match along with Sameer. He was constantly feeding tips to his ward, giving him pep talk, ensuring he did not commit silly errors to give the match away. It was as much Siyadath's victory as Sameer's.

Sameer is yet another product of the conveyer belt of champion players the Pullela Gopichand badminton academy in Hyderabad keeps producing. Gopichand has indicated in private conversations before that Sameer has the temperament and the game to be the next Kidambi Srikanth.

With his game in the semi-final on Saturday, Sameer proved Gopi knows talent when he sees one.

"He played a game of maturity today," said Kiran, the team physio. As always, Team India not going over the top, taking one match at a time, fully conscious of the unfinished business. Only when Sameer Verma is on top of the podium on Sunday is when the coaching team will consider the job done.

Not that Sameer is not used to winning ways. He won the national championship in April in Chandigarh this year, defeating elder brother Sourabh Verma, who had won the title in 2012. But national badminton championships in India have lost their sheen over the years, with almost all international players giving it the skip.

It is now akin to an India A tournament, with the best using it as a platform to move further into the international league.

Sameer Verma hails from Dhar in Madhya Pradesh but Hyderabad and the Gopi academy is his home now. There is an interesting story behind boys from Dhar district in Madhya Pradesh doing well. Dhar, that is located 300 km from Bhopal, has an average altitude of 588 metres above sea level and it has been noticed that the boys and girls taking to badminton have better lung capacity, which is such an important attribute in this demanding sport.

Of the 39 players that Gopichand selected for the Madhya Pradesh Gopichand Badminton Academy six years ago, 20 came from Dhar. Two of them were the Verma brothers - Sourabh and Sameer.

This Thursday, during the tournament, Saina Nehwal posted a photograph with Sameer Verma on Twitter. She tweeted:

Had dinner with my best friend Sameer Verma at the Indian restaurant ????????????(Hongkong open 2016) pic.twitter.com/rFyDcPI4Rb

Sameer would probably relish how he had Jorgensen for a snack on Saturday.

On Sunday, two Indians will feature in the singles finals at the Hong Kong Open - Sameer Verma and PV Sindhu. A big step towards establishing India as a powerhouse in the world of badminton. What is even more heartening is the bench strength of Indian badminton especially in men's singles.

While Sindhu and Saina take the top honours in the women's singles, the men have Srikanth, HS Prannoy, Sai Praneeth, Ajay Jayaram, Kashyap and Sameer all vying for top honours. A far cry from the times of a lone Prakash Padukone and then a Gopichand. Indian badminton never looked so good.

#Badminton, #Sameer Verma
The views and opinions expressed in this article are those of the authors and do not necessarily reflect the official policy or position of DailyO.in or the India Today Group. The writers are solely responsible for any claims arising out of the contents of this article.