Sporting ties soon became an extension of the political ties - where animosity and tension could play out in a non-violent setting.

The cricket field has always been a site of serious artistic expression. While Punch memorialised the first Indian tour to England in 1932 with its cartoons depicting the touring Indian team, Australian newspapers did the same during the 1947-48 tour of India down under. These cartoons depicting Bradman's annihilation of India tells the story of the tour quite beautifully. 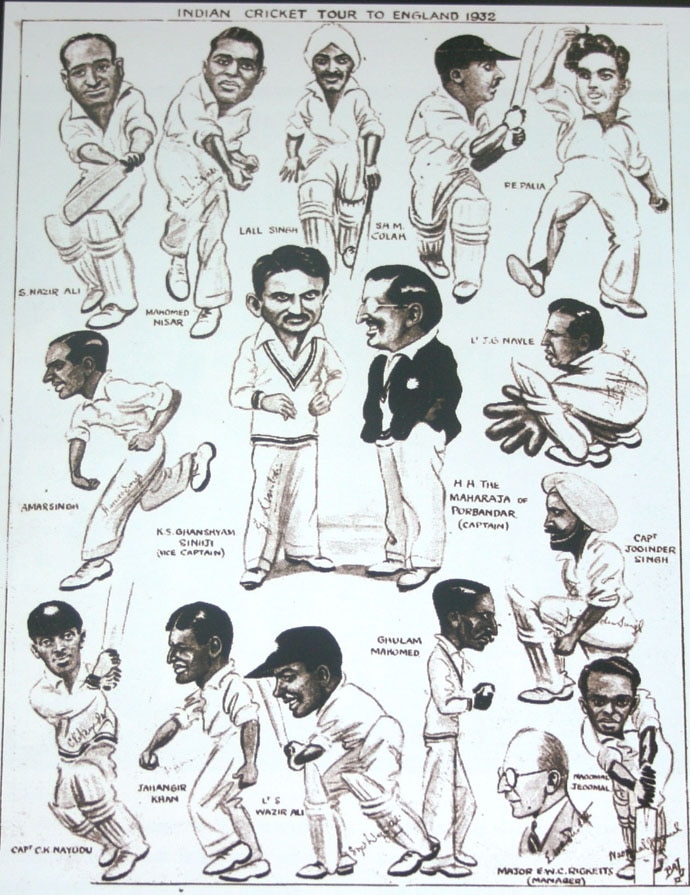 However, the most famous cricketers cartoon booklet, which is fascinating but extremely difficult to lay hands on, is a Marmik publication on India-Pakistan cricketers drawn by Bal Thackeray. The depictions on the cover encapsulate the story of India-Pakistan cricket quite beautifully - that on occasions it is a site of real bonhomie while on others it is sports' fiercest rivalry.

The first-ever series played between India and Pakistan in 1952 had seen thousands of men and women from across the border cross over to India by road when civic authorities in most Indian cities went out of their way to welcome the tourists. It was an example of how sport was used to foster people to people contact in the immediate aftermath of the Partition. However, such bonhomie was more of an aberration and the cricketing ties soon became an extension of the political ties between the two countries - where animosity and tension could play out in a non-violent setting. Bal Thackeray's cartoon ahead of India Vs Pakistan match, of 1952.

Thackeray's cartoon's demonstrates this change rather nicely. The bowler on the cover is clearly out to "destroy" the batsman if his face is any indication and it is evident that by the time the pamphlet was published India versus Pakistan was far more than a mere cricket contest. It was subsumed by the broader political discourse of hostility and a loss to India and vice-versa went far beyond the sporting realm.

Shashi Tharoor and Shahryar Khan in their book, Shadows Across the Playing Field draw attention to this transformation quite nicely. Tharoor drives his point home while commenting on the abject Pakistani surrender in India in 1979-80 under skipper Asif Iqbal, "The tour put paid to the career of Pakistani captain Asif Iqbal. He had lost a great deal of weight, began taking tranquillisers and decided he could not handle the strain, announcing his retirement as soon as he got home. Carrying Pakistan's national pride on one's shoulders at a time of stress is never easy; doing it while losing to India at cricket is impossible".

As the two neighbours get ready for another one off match up in Dhaka, it is perhaps time to reflect at these cartoons and celebrate the synergy between cricket and art - how it has helped artistic expression, which has only added to the game's legacy.

#Ind Vs Pak, #Cricket, #India vs Pakistan
The views and opinions expressed in this article are those of the authors and do not necessarily reflect the official policy or position of DailyO.in or the India Today Group. The writers are solely responsible for any claims arising out of the contents of this article.