Suspending Pandurang Salgaonkar is not enough.

The India Today sting operation which has caught the Pune pitch curator red-handed giving out confidential information and taking two reporters posing as bookies to the pitch is an alarming development for Indian cricket.

First things first, I am not one to suggest that everyone is gullible. Certainly not. Not once am I implying all officials are bad. Certainly not. All I am saying in the limited ambit of this piece is that this is a serious issue and has to be treated with the seriousness it deserves. For a former first-class cricketer, who runs a cricket academy, to do what he has done is criminal. It is his fall from grace and is a gross violation of fans faith. That's where the sting hurts me most.

Just when it seemed that under the aegis of the Supreme Court-appointed Committee of Administrators on-field corruption has been stemmed and things brought under control this incident happens. Yet again it generates mistrust. Allows the cynics to say all is rotten. Violates our game and gives it a bad name.

Reality is often what perception makes it out to be. And here Pandurang Salgaonkar has committed a huge crime. He has created a perception that not all is well with our game. That bookies with no accreditation can walk into the middle of the pitch one day before an international cricket match and access privileged information by paying money to the curator. More than anything it is shocking. 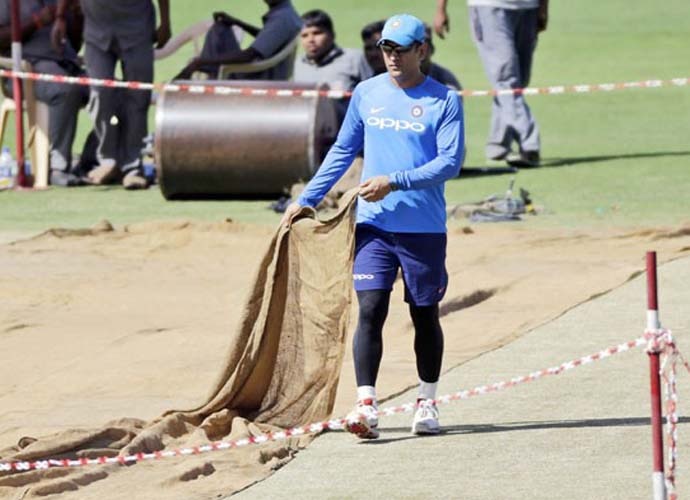 Yes Salgaonkar has been suspended but does that solve the problem? Who were the security personnel at the gate when two people without accreditations walked into the stadium? Who were part of the administrative staff on duty when two of these journos posing as bookies went right up to the pitch to be used for the game and started inspecting it? Where was the ICC ACSU official in-charge of monitoring the game? Was the vigil proper or was it just for the sake of it?

Will the MCA and the BCCI/COA get to the root of the matter? Or is suspending Salgaonkar the end of the story? India Today will move on as a media house to the next big exposé or story. That's how it is and will be. But the BCCI? They are the custodians of the game and are accountable to the billions of fans who make the game what it is. Now it is their responsibility to go deep and stem the crisis. Is Salgaonkar a one off? Are the curators gullible? Can this be a repeat offence? Can and should systems and structures be put in place? The BCCI will have to answer all these questions and do so as quickly as possible.

Finally, I am not one to be negative and say oh lord all is lost. Certainly not. Is there no corruption in Indian society? Do we not deal with issues on a daily basis? Do we say it's all lost and give up or do we fight? Is it not the job of the media to expose and in turn create an opportunity to cleanse?

All we need is to come together and treat this as another opportunity to cleanse our game. Not turn complacent and be ever vigilant. Look at and monitor things as closely as possible. Ensure that all the hard work being put in by Virat and his boys is not treated with cynicism and scorn. We owe the game we love. Each of our stakeholders and have a responsibility. Pandurang Salgaonkar has violated it. We can't and we will not.

Also read: Why Rajasthan ordinance is a violation of Supreme Court principles

Post your comment
#Virat Kohli, #Pandurang Salgaonkar, #Cricket scandal, #India Today sting
The views and opinions expressed in this article are those of the authors and do not necessarily reflect the official policy or position of DailyO.in or the India Today Group. The writers are solely responsible for any claims arising out of the contents of this article.