An open letter to all the political pundits who can’t help but associate bigotry with saffron.

They say the devil lies in the detail. And, as far as Team India’s #JerseyRow is concerned, one minor detail of their new jersey has set the Internet ablaze with speculations and controversial opinions. While some people argue that they will find it difficult to support team India because they are wearing orange jerseys, several other right wing groups are relentlessly defending BCCI’s decision to go for orange coloured jerseys.

And then, there are some people like me, who just don’t get the whole debate. Aren’t the left-wing and the right-wing groups reading too much into minor details, which in hindsight, won’t matter as much? Both sides fail to realize that the jerseys are just that — jerseys! The orange colour of the jersey is a mere placeholder for the time being — it is not like Team India is going to wear the orange jerseys in every game. It’s just a Jersey, guys! How I wish the political pundits would get over their fascination with all things saffron. (Source: India Today)

And even if they did, I cannot think of a way that the colour of Team India’s jerseys would possibly affect their performance as cricketers. I am of the opinion that there should be a clear separation between the two arenas of cricket and politics — where occurrences of one arena, does not affect the other.

I know some of you who fall on the left hand side of the political spectrum might think that my indifference towards the colour of the jerseys stems out of my innate liking for all things bhagwa. For those people — let me clarify that I would have maintained the same stance had the colour of Team India’s jerseys been green.

Just so you know, colours like saffron and green are not just used for the purpose of identifying with BJP or Congress, these colours have a significance which transcends the narrow boundary of Indian politics and can mean a lot of things to different people — something which political commentators who apparently live in a bubble just wouldn’t understand. If anything, Team India is slaying in their new, vibrant orange jerseys. (Source: India Today)

The short-sightedness of such commentators is appalling, but certainly not surprising. They fail to realize that there is a world beyond Indian politics, where the die-hard cricket fans just don’t care which coloured jersey Team India dons, as long as they bring the cup home.

Symbols and colours can mean a lot of things, but we should be able to disassociate the signifier and the signified every now and then, and look beyond what the structuralism taught us.

In a world full of structuralists, it’s better to be a post-structuralist. What means one thing to you, can mean can mean a different thing to others. Or, in my case, it doesn’t mean much at all. 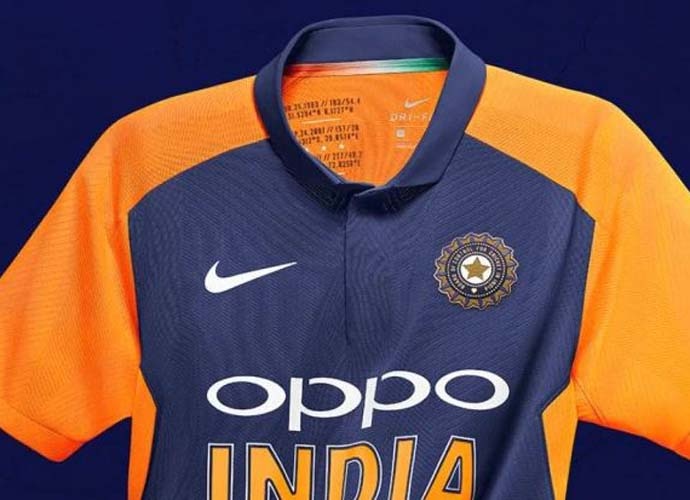 Offensivitis: A harmless orange-coloured jersey has got all the political commentators fuming. (Source: India Today)

So here’s my request to all the political commentators who just wouldn’t miss out on a chance to politicize things — please keep cricket away from the arena of politics. Let us, cricket lovers, who don’t give two hoots about politics enjoy the game without having to worry about being called an ‘anti-national’ or ‘sanghi’.

Yours Truly — All Cricket Lovers.

Also Read: It's not clockwork orange: For me, Team India's orange jersey is not familiar. It makes it harder for me to cheer