How the Indian cricket team left Pakistan naked and exposed

By the time Shikhar Dhawan was done, the men in blue were in cruise mode - and that allowed Rohit Sharma to chill some more.

India started to bat like they had more than 50 overs. They let the ball go, they let Mohammad Amir go, they even let the left arm spinner, Imad Wasim, go. India knew all along, they had time on their side, they had a stronger team on their side - that belief, can just let you be.

The rain came, went, came gain, overs got tanked, India didn’t stop knowing. They could have been on autopilot, just that they weren’t - when the boundaries weren’t coming, the singles were. When the singles weren’t, the panic didn’t creep in.

By the time Shikhar Dhawan was done, India were in cruise mode - and that allowed Rohit Sharma to chill some more. This match served as a very good net for Rohit; captain Virat Kohli didn’t say so in so many words, but the ability to let players be, and not fully turn up at times, so they can live to fight a bigger match gives a huge sense of security - most players in this Indian team have that security, and it more often than not pays off big time.

Both Dhawan and Rohit got out when they were getting nicely warmed up. While Dhawan was on the verge of doing what Yuvraj did later, Rohit, it appeared had just woken up from an enforced slumber - and when he does, he dominates like a big, bad boy. While he barely got there, he was there till the 37th over - scoring 91, somewhat laboured runs, but strangely, 91 very effective runs.

Rohit pretty much saw off two spells of Amir, the main if only real threat Pakistan posed with their bowling. And while he decided to slide into his sleeping bag during the second spell, it yet again showed that India at no point wanted to give an inch to Amir - it was a definite team strategy, Rohit was just carrying out orders, albeit way too seriously.

You can only stick to a plan so closely when you know - when Rohit was dismissed, India was 192. They possibly thought, they already had enough. If that sounds strange, last week, speaking to one-time cricketer Apoorva Joshi, I heard him dig right into Pakistan.

He said, if India makes 170, they’ll dismiss Pakistan for 120. Joshi knew. Kohli knew. Sharma knew. They all knew Pakistan knew too, and that was scaring Pakistan senseless - they knew they just had Amir with the ball, should they bowl him, should they ration him - such was their muddled thinking, they even held him back when Virat Kohli came on. 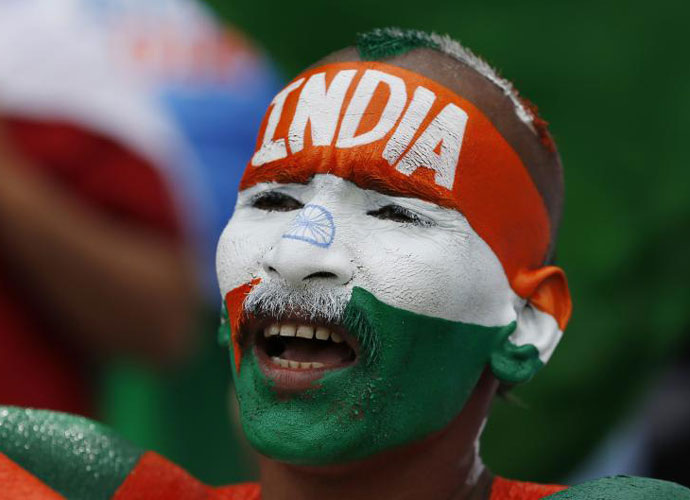 This Pakistan team was standing naked in front of the Indian team. Worse, they knew the Indians saw them naked. To India’s advantage, they did not allow Pakistan exposing its own nakedness influence the way they played.

They went about it like a slow procession, that picks up momentum, slowly, very slowly, and before you know it, there’s so much momentum, you just want to run away from the field.

In the last over of India’s innings, when the rain was starting to come down again, after Hardik Pandya had just pelted Imad Wasim for three sixes, Pakistani captain, Sarfraz Ahmed, thought of thinking out of the box - he pleaded to the umpires to take them off, he even beseeched Kohli to go off. As for Kohli, he just smashed the last ball through covers for four.

Pakistan, Imad Wasim and Sarfraz Ahmed could find solace in the rain again.

After that, there were teens and pre-teens, it was like an Under-19 bunch taking on a national squad. The match was parodied by Shoaib Malik’s run-out, not sure whether he was headed to Hyderabad in Pakistan or Hyderabad in India. Jadeja knew, and in one single swoop, he stripped Malik off his wicket.

By the time Pandya was taking wickets for fun, it was obvious that the end was nigh. But so anti-climactic as to accept defeat after the ninth wicket, who would have thought.

Earlier in the day, Wahab Riaz had been hit for 11 fours and 2 sixes - he’d gone for 87 off his 8.4 overs before he hobbled off the field. Wahab did not bat. There was nothing more he could do, for India, for Pakistan. For the match.

Possibly, he sat by himself in a crowd, in the dressing room. He must have been feeling fully exposed.

When a spectator streaks on the cricket field, security evicts him. When players streak on the field, security looks on, we all look on, some of us laugh, but way too many feel downright miserable.

This Pakistani team badly needs a spine. How else will they stop streaking in public?

#Champions Trophy 2017, #Virat Kohli, #India vs Pakistan
The views and opinions expressed in this article are those of the authors and do not necessarily reflect the official policy or position of DailyO.in or the India Today Group. The writers are solely responsible for any claims arising out of the contents of this article.