What's common between the two? 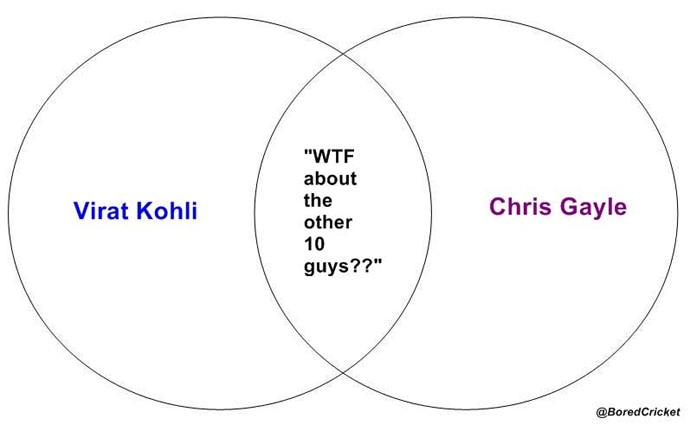 Why even bother with the ten others? Just have a bowl out between Kohli and Gayle. It would save everyone so much time. Windies without Gayle lost their last match to Afghanistan. India without Kohli will lose to anyone. 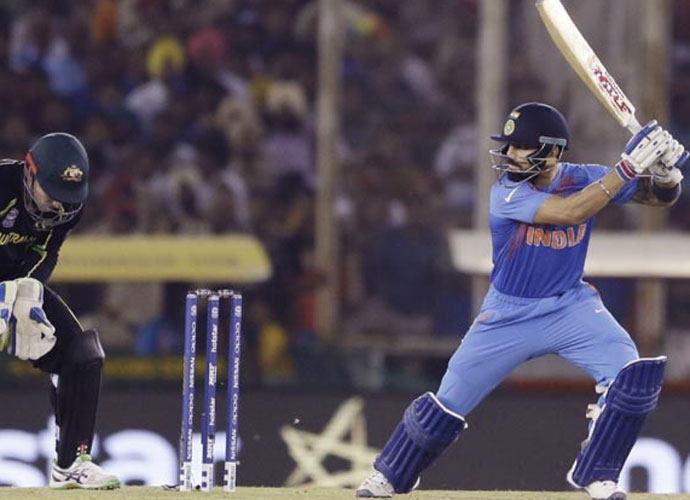 Whoever bats first at the Wankhede will be gunning for a big score. The last time India played here, South Africa batted them out of the match scoring 438, winning by 214 runs. Today, 214 could be a winning score. Win the toss, don’t batter an eyelid, bat first.

Also read: Virat Kohli is not Sachin, but he's great as well

Faith. That's what we are largely guided by in India. And for that, there has to be an object.

The object of faith and hence, worship. Read more here.

#Cricket, #World T20, #Chris Gayle, #Virat Kohli
The views and opinions expressed in this article are those of the authors and do not necessarily reflect the official policy or position of DailyO.in or the India Today Group. The writers are solely responsible for any claims arising out of the contents of this article.