Virat’s intensity makes him an excellent player, but not always a good captain. Rohit seems calmer and steadier. Instead of a new coach et al, the captaincy itself needs to be split up.

Competition is a wonderful thing — but not when it happens between two individuals from the same side in a team sport. The Virat Kohli-Rohit  Sharma rift — which will be discussed all over again in the wake of Ravi Shastri's re-appointment as team coach — has been talked over for a while now and developments after India’s World Cup exit brought it in the public eye even more. Instagram un-following and cheeky tweets kept the rumour mills alive, despite Kohli trashing such talk in the press conference before the West Indies tour. The talk may be hushed for the moment by Kohli’s batting form and the wins in the T20 and ODI series against the Windies — but the issue of split captaincy rages on.

India’s disappointing defeat in the semi-finals was a major factor that triggered the intense scrutiny over the captaincy.

There was no consistency in picking the number 4 batsman — Rayudu was unceremoniously dumped from the World Cup squad, though Kohli had publicly stated six months earlier that he was the first choice for the World Cup. Then there was the populist call to ‘Punt with Pant’. The failure to address middle-order woes cost India dearly. Many felt that personal likes/dislikes had dominated team selection with Jadeja’s case being cited as the most glaring.

Thus, despite the best bowling attack ever and the World’s Best ODI batsman and bowler in the side, India crashed out even before the finals.

The big buzz in the cricketing fraternity now is whether it’s time for India to opt for 'split captaincy' to ensure better results in the future. The two batting superstars are being talked about as captains for the 'Men in Blue' in different formats — Virat for Tests and Rohit for limited-overs formats. A brief analysis of their personalities, career trajectories and their captaincy records may well provide us an answer to the key question — is 'split captaincy' now the best way forward for Indian cricket? 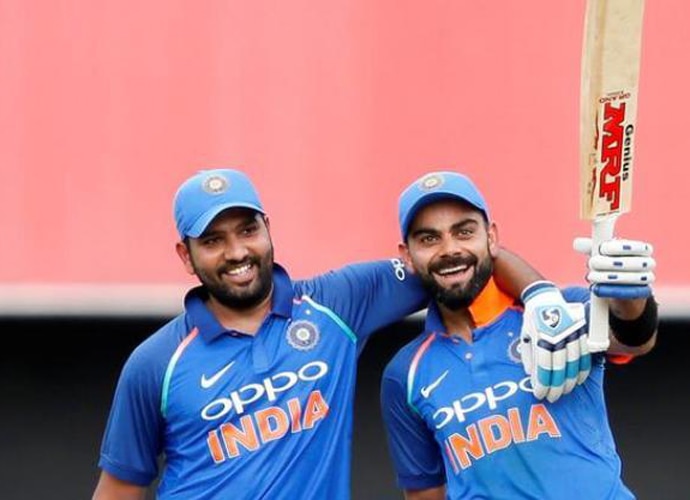 Dynamic Duo: Instead of rumours of tension, we would gain if responsibility was shared between the two. (Photo: India Today)

Rohit was a brilliant talent as a teenager and made his debut in the international arena in 2007. Kohli was selected in the national team in 2008. While Rohit stuttered at the start of his career due to injuries and poor form, Kohli steadily rose to the pinnacle of world cricket in all three formats. But Rohit turned a new leaf in his career when he got the chance to lead the Mumbai Indians in the IPL in the middle of 2013's season. He has since become one of the best, admitted by Kohli himself, in the 50 over version of the game.

But while both were touted to be the ‘next greats’ for Indian cricket, their journeys to the top have been as different as their strikingly different personalities.

Kohli has an intense, hot-tempered persona — which he has used to advantage when it comes to his own batting. But the same can’t be said for his captaincy, especially in the shorter formats and in crunch situations. His ability to take quick decisions has turned out to be rash at times. India has been the team which has tried the highest number of team combinations since Virat took over, which eventually proved too costly at the World Cup. It has also been felt that his captaincy is very reactive and that he chases the game rather than control it. Of late, without MS Dhoni’s guidance, especially in the death overs, he has looked a bit lost in the field.

He himself is mentally strong but that doesn’t augur well for other players as he seems to see all of them through the same prism. A similar problem was encountered by the legend Sachin Tendulkar too when he captained India. India’s leading pacer then, Javagal Srinath, described Tendulkar reportedly as a genius but someone who was too hard on the players as he felt others in the team did not put as much effort as he did. It is always difficult to be a captain — when one is already the best batsman. On top of that, captaining the Indian team is one of the most high-pressure jobs in the world, carrying with it a billion expectations. In such a scenario, Virat’s own interests would be best served if he is relieved of leadership duties from the shorter formats. Intensity personified: Virat’s hot-tempered nature has helped him as a player — but not so much as a captain. (Photo: India Today)

On the other hand, Rohit is a calm, laidback character. It was this relaxed attitude that was ridiculed in the early stages of his career — but since the ‘hitman’ unleashed his batting prowess, most critics have been silenced. A fun-loving guy who sees the sport for what it is — just a sport — Rohit is definitely a great choice to be the Indian skipper who is ceaselessly under the spotlight.

He takes away the pressure from his teammates, as testified by many players of Mumbai Indians, the side he led to four IPL titles. India’s premier fast bowler and the best in the world, Jasprit Bumrah, clearly stated that the backing he received from Rohit in the IPL helped him become a better bowler. Also, no matter how tough the situation, Rohit looks like a captain who has the reins firmly in control.

An important aspect to consider between the two is the lack of any major titles won by Virat. His captaincy record in the IPL is the poorest of all captains. India has lost some big matches in his tenure, which also goes against Kohli. In contrast, Rohit has not only enjoyed IPL success but has been phenomenal in the sporadic captaincy opportunities he has had at the international level. Besides winning the tri-nation Nidahas Trophy, Rohit led India to Asia Cup victory last year even in the absence of several senior players of the side.

It is also interesting to note how the two of them tick mentally. 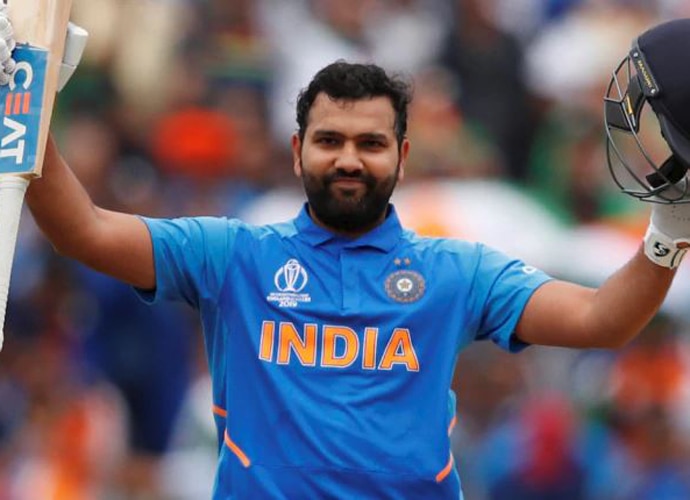 Keeping cool: In contrast to the short-tempered Kohli, Rohit is calm and composed. (Photo: India Today)

Virat, being fierce and the one who wears his heart on his sleeve, is more emotionally involved during the game. Rohit is more calm and analytical, a fact reflected in his field placements and bowling changes. This subtle difference often makes Rohit a better reader of the game while Virat’s hyper-aggression and over-involvement makes him an excellent cricketer but an ordinary captain.

With the advent of World Test Championship, it may be more advisable for Virat to focus on leading in Tests and for Rohit to take over in shorter formats.

Virat’s overtly enthusiastic decision-making in shorter formats actually works better in the long duration of Test matches. He has been recently successful in winning India’s first Test series ever on Aussie soil. Virat has no direct leadership competition in the five-day format with Rohit not able to cement his position itself in the playing eleven. It makes more sense in that regard that they are given charge of two different formats.

Also, in that way, defeat in the World Cup semis may prove to be a blessing in disguise — we must remember that split captaincy has been one of the key factors behind England’s World Cup victory this year.

While successes in the T20 and ODI series in the West Indies has, for the moment, blurred the urgency for a decision on the Virat-Rohit captaincy conundrum, it would be foolhardy for BCCI and the selectors to try to sweep this issue under the carpet.

With India hosting the next 50-over World Cup in 2023, it’s imperative to give Rohit the time to settle down — or else, it is feared by some, rumours of a divide in the team may prove to be true rather rapidly!

Also Read: Watch out for Hima Das, the star and the brand

Post your comment
#Virat kohli captaincy, #Rohit sharma unfollow virat kohli, #India west indies tour, #India vs West Indies
The views and opinions expressed in this article are those of the authors and do not necessarily reflect the official policy or position of DailyO.in or the India Today Group. The writers are solely responsible for any claims arising out of the contents of this article.